The tech bro faced media outrage after his series of homophobic, sexist and racist tweets were uncovered 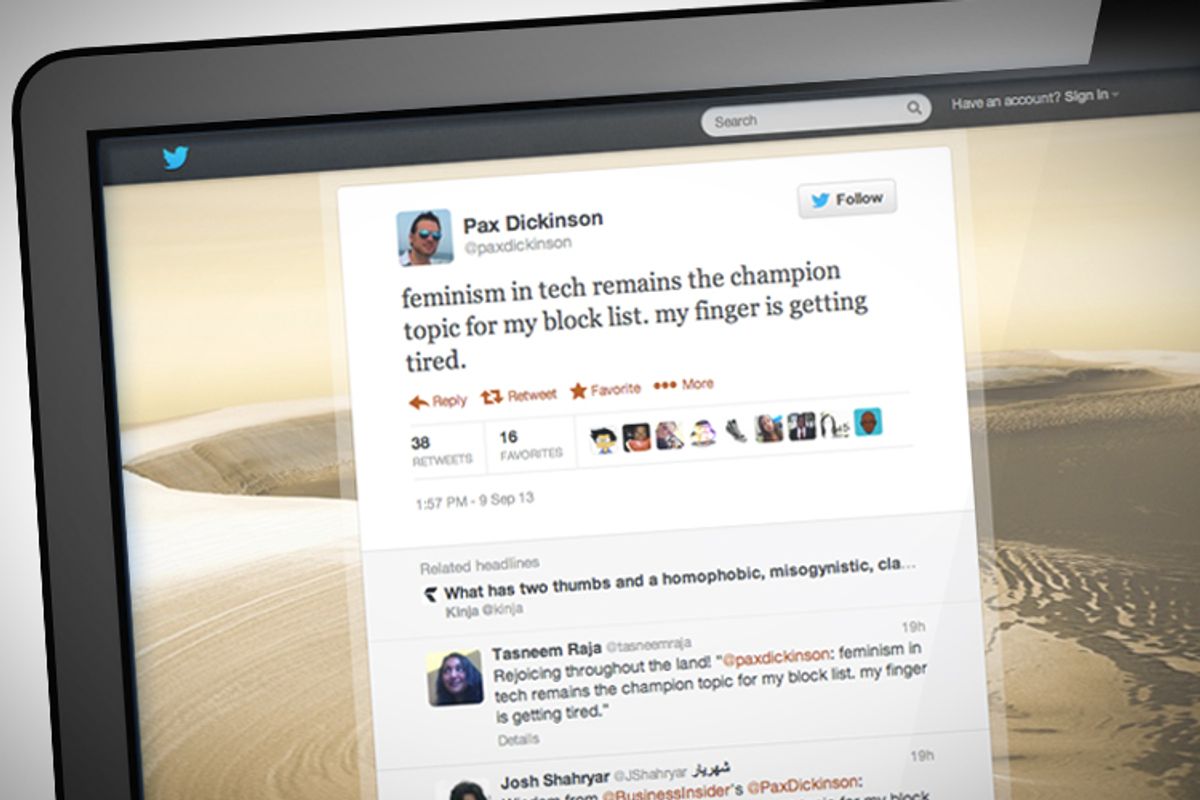 After what he thought was a pretty tame day on Twitter, Business Insider's chief technology officer Pax Dickinson has been forced to resign over a string of sexist tweets, reports New York magazine.

Dickinson's Twitter trouble began when he lamented over TechCrunch's apology for two sexist hackathon presentations, including one about an app called TitStare. To Dickinson, this was just an example of "low-grade sexism," which is somehow a separate thing from the sexism that TechCrunch refers to as "a major problem in the industry":

But after receiving lots of attention on Twitter, Business Insider decided that Dickinson's "low-grade sexism" was not a good look for its brand:

As Gawker's Valleywag reports, this is not an isolated incident. Dickinson has a long history of offensive tweets, including racist and homophobic comments.

Now that Dickinson has been let go, perhaps he can partner up with Seth MacFarlane and turn this whole incident into a mediocre sitcom. Until then, we can reflect on the wisdom of Anil Dash: