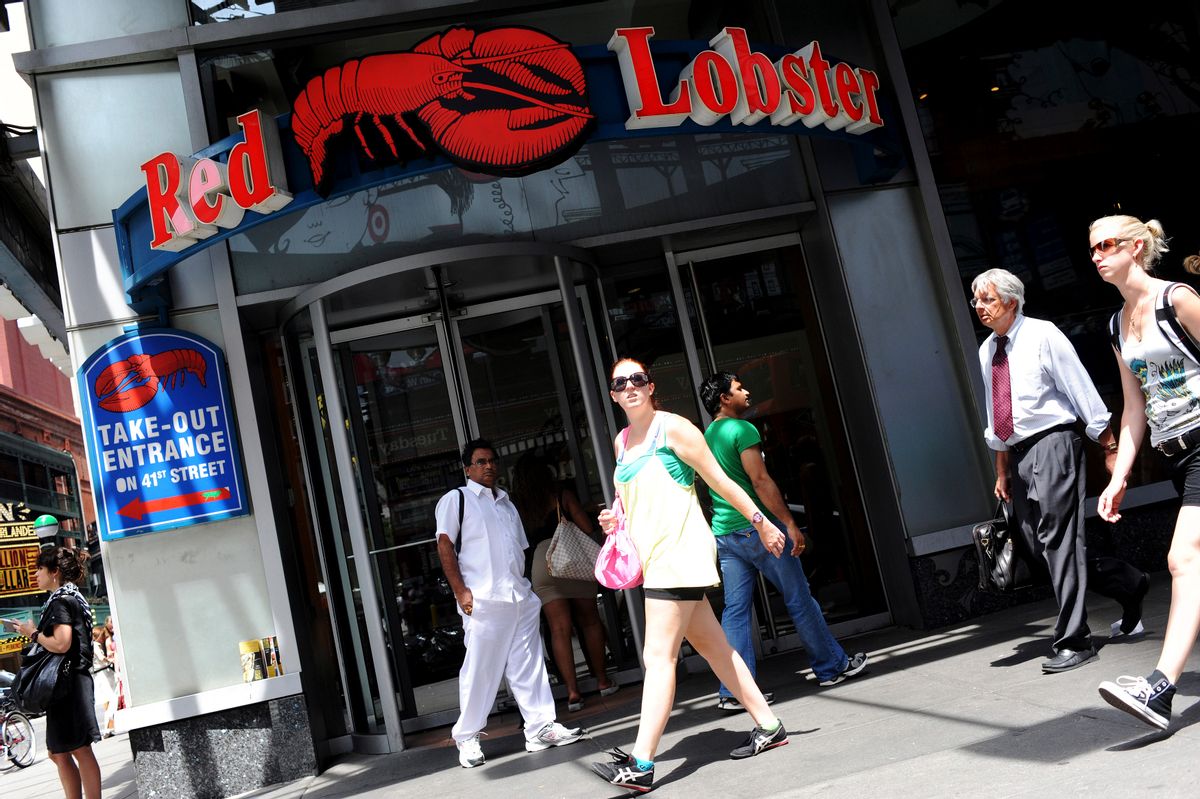 The waitress's tip: zilch. The reason: She was black. And now Toni Jenkins, who works at Red Lobster in Nashville, Tennessee, was suspended with full pay for posting the racist jibe on Facebook.

Toni Jenkins found the receipt after she served a couple in their 20s at the restaurant in a Nashville suburb on Saturday afternoon. She posted the receipt on Facebook apparently to raise "awareness" of racism in the state. It promptly went viral.

Some "harassed" Jenkins over the authenticity of the bill, and Jenkins, who is studying to become a nurse, deleted the photo.

The couple was "extremely rude, but I introduced myself to them and they didn't respond. When I came to take their order they simply told me they wanted their food and to put everything in a to-go box. I offered them dessert but they told me abruptly that they just wanted the check,” Jenkins told theDaily Mail. When she returned, they'd departed and left the receipt with the slur on the table.

She showed the receipt to her manager, who told her she was innocent and did not deserve the abuse. However, the restaurant suspended her on full pay after she posted the bill on her Facebook profile.

It's not the first time restaurant chains have disciplined workers after sharing controversial receipts online. In February, an Applebee's franchisee fired an employee after she posted a receipt showing a pastor stiffing a coworker on a tip on Facebook. Thousands pledged to boycott the chain after the company backed the franchisee and customer in a Facebook post. Meanwhile, Papa John’s fired a worker in Jan. 2012 after a customer tweeted a photo of a receipt with a racial slur typed on it.