Turbines killed 67 protected eagles in the past five years 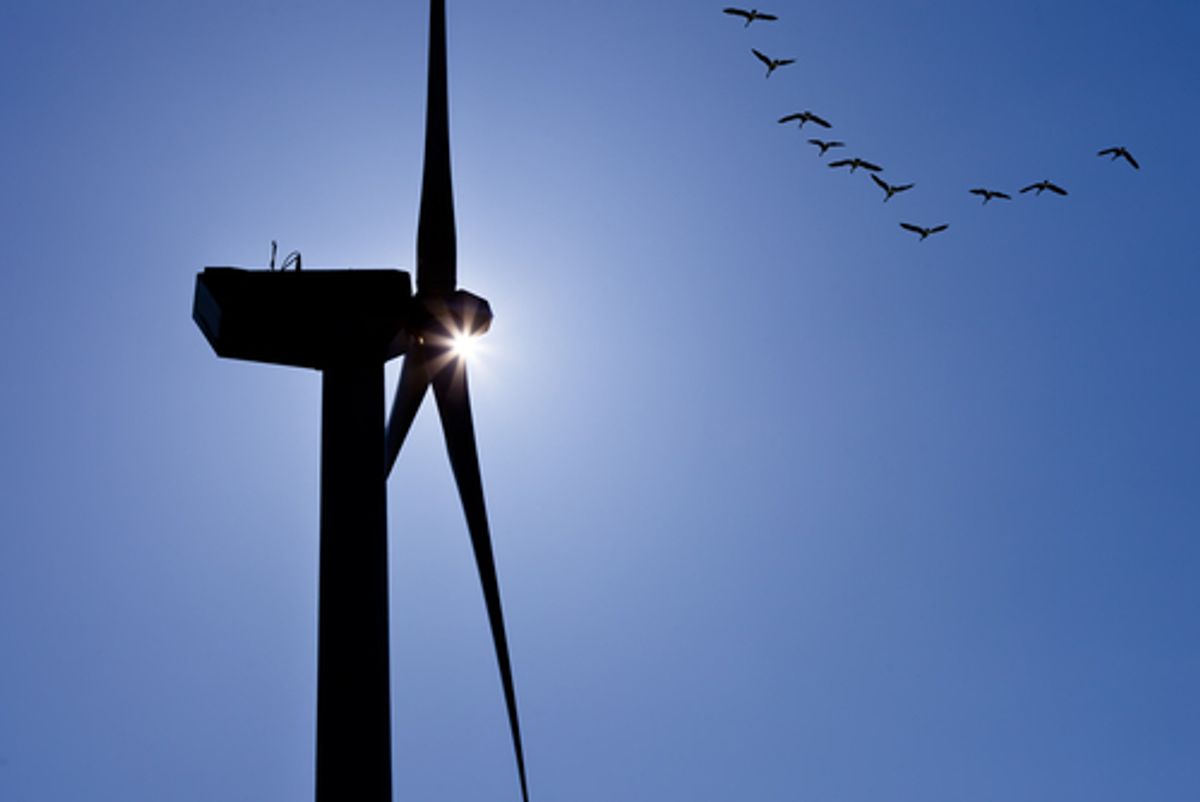 Sometimes, it's easy to hate on the haters of endangered eagles. Last month, for instance, a New Jersey man was arrested after a three-year shooting spree of protected hawks. Shame on him.

But what about wind farms? The Department of Energy's been celebrating their rapid proliferation across the U.S., bringing renewable energy to the grid. A new government study, though, says that turbines at wind energy facilities were responsible for the deaths of at least 67 golden and bald eagles over the past five years.

Both types of eagle are protected by federal law, although the Associated Press reports that the Obama administration hasn't yet filed criminal charges in any bird slaying cases perpetrated by wind turbine. The law prohibits any actions taken against golden or bald eagles that can be described by the following verbs: "pursue, shoot, shoot at, poison, wound, kill, capture, trap, collect, molest or disturb."

What's needed may be a more specific verb for what the turbines are doing ("slice"? "chop"? "mince"?). That, and a fuller account of how bird casualties, if inevitable, weigh against the benefits of wind energy.