Bucking the trend of unemployment among baby boomers

Finding employment for older workers is an uphill struggle, but some employers are pushing against the current bias 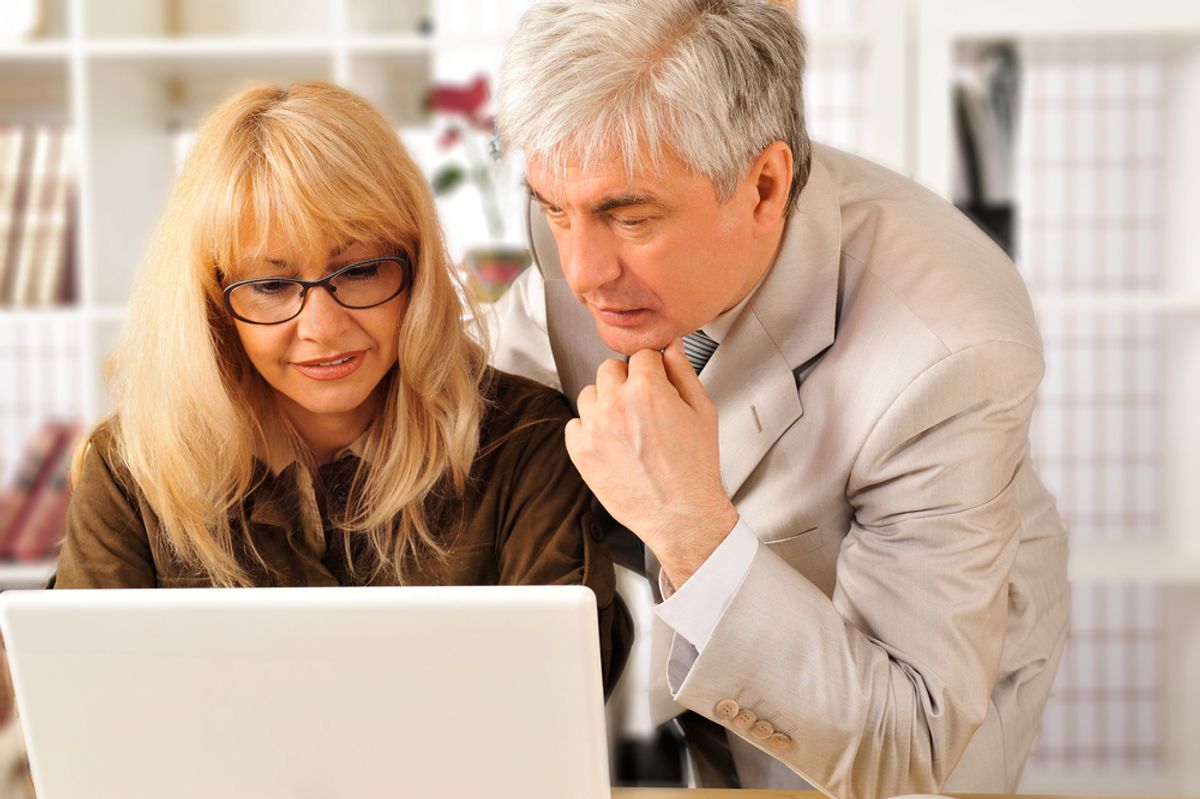 Sept. 11 (Bloomberg) -- Peggie Theodore, 56, landed a job as a staffing assistant at the National Institutes of Health in January after a six-month search. Even earning less than she did in the Navy, she says she’s just happy to return to work.

“If you’re my age looking for a job, it’s not an easy thing to do,” she said in an interview from Bethesda, Maryland. “Even though I have experience, a lot of companies, especially on the private side, are looking for younger people.”

NIH is among a cadre of employers going against prevailing trends by seeking out baby boomers. NIH and Scripps Health lead the list of best employers for workers over 50 compiled by the AARP, a Washington-based non-profit advocacy organization for people in this age group, and the Society for Human Resource Management of Alexandria, Virginia.

“We’re always looking for people who have experience,” Philip Lenowitz, 64, deputy director of human resources at NIH, said in an interview. “Among the older workers there is an appreciation for the hierarchy, there’s an appreciation of the opportunity to share what they know.”

Unemployed Americans ages 55 to 64 take a year on average to find a job, longer than any other age group, according to August employment data released Sept. 6 by the U.S. Bureau of Labor Statistics. Workers older than 65 need 46 weeks, while those ages 45 to 54 take about 45 weeks, according to the unadjusted BLS data.

“For older people who have been laid off it’s always going to be an uphill struggle to try to find a job,” said Richard W. Johnson, director of the retirement policy program at the Urban Institute in Washington. “Employers are reluctant to hire them because there is a sense they are expensive and they are not going to stick around for that long.”

Baby boomers want to stay in the labor force to boost retirement savings and contribute to their children’s college or parents’ medical expenses, said Carl Van Horn, the director of the John J. Heldrich Center for Workforce Development at Rutgers University in New Brunswick, New Jersey.

“They haven’t saved enough money to retire, and so they are afraid that they are going to run out of money,” Van Horn said in an interview. “They want to work longer, they need to work longer.”

About 60 percent of workers 55 and older have less than $100,000 set aside for retirement, and 36 percent has less than $10,000, according to the Employee Benefit Research Institute, a Washington-based non-profit organization that focuses on health, savings, retirement and economic security issues.

Putting baby boomers, those born between 1946 and 1964, back to work benefits the economy and the U.S. budget: instead of consuming social benefits, they continue earning and increase spending, said Van Horn.

“When people have been unemployed for a long period of time, their income declines and they are no longer consuming, so that obviously hurts the economy,” Van Horn said. “It increases all the things you would not like to increase,” including demand for social services, bankruptcies and homelessness.

The number of Americans ages 55 to 64 receiving food stamps doubled to 2.6 million in fiscal year 2011 from 1.3 million in 2007, according to the U.S. Department of Agriculture. The total number of food-stamp aid recipients grew 70 percent in the same period.

The unemployment rate of 5.2 percent for those 55 to 64 is below 2010 levels yet is still much higher than at the start of the recession in 2007. Difficulty finding a job has contributed to a drop in the proportion of that age group that are employed, said Sara Rix, a senior strategic policy adviser at AARP Public Policy Institute.

The employment-to-population ratio for workers in this age group dropped to 60.7 percent in August, from a pre-recession peak of 62.8 percent in March 2008, according to the BLS.

“We have to convince employers that older workers have the skills and experience that they want,” Rix said in a phone interview.

Health-care organizations and academic institutions dominate the AARP’s list of best employers for workers over 50. Sharing best practices helps promote employment opportunities for older workers and prepare for the future labor force, according to AARP. By 2016, one-quarter of the U.S. workforce will be age 55 or older, up from almost 20 percent in 2010, BLS data show.

Scripps Health, a San Diego, California-based operator of four hospitals, seeks older workers even if their experience was earned outside the health-care industry, Vic Buzachero, corporate senior vice president for human resources, said in an interview. The company also finds their turnover is lower than that of recent graduates, he said.

“Although we do train a lot of new graduates, we would prefer to have more seasoned people because they stay,” he said. “They have a tendency to stick with us as an organization after we’ve invested in the development of them.”

At the NIH, Theodore says she plans to stay for the next 15 to 20 years. After retiring from the Navy in 2001, she says she got bored and took a job in Atlanta overseeing cargo at CSX Corp. in 2003. After her mother suffered 10 strokes, she quit in 2008 and moved in order to care for her.

“It was definitely a big decision for me to make to resign from my job and go to Chicago to take care of her, knowing that I would definitely have to go back into the workforce to support us both,” she said.

As medical bills depleted her savings, Theodore arranged for her mother to move close to family in Louisiana. Figuring her government experience would be more valued in the Washington area, Theodore relocated to Maryland.

To assist older workers find jobs, the AARP Foundation is helping to sponsor Platform to Employment, or P2E, a program to help long-term unemployed workers land jobs. The organization is expanding its pilot project, which was started in Connecticut in 2011, to Chicago, Cincinnati, Dallas, San Diego and Newark, New Jersey.

Older workers such as Debora Ducksworth, 59, say they refuse to give up. She has been looking for a job since she lost a position as an administrative assistant for American Express Co. in Stamford, Connecticut, in 2009, and is pursuing an associate degree at a community college to improve her chances, she said.

Yet thus far, her 30 years of experience, computer skills and willingness to learn don’t seem to be enough to attract employers. “No one wants to hire their mother,” she said. “I find it very discouraging that I can’t find anything, and I’m quite capable.”

To contact the reporter on this story: Kasia Klimasinska in Washington at kklimasinska@bloomberg.net