Conservatives opposing both Obama's military and diplomatic options only want his failure. They're fooling no one 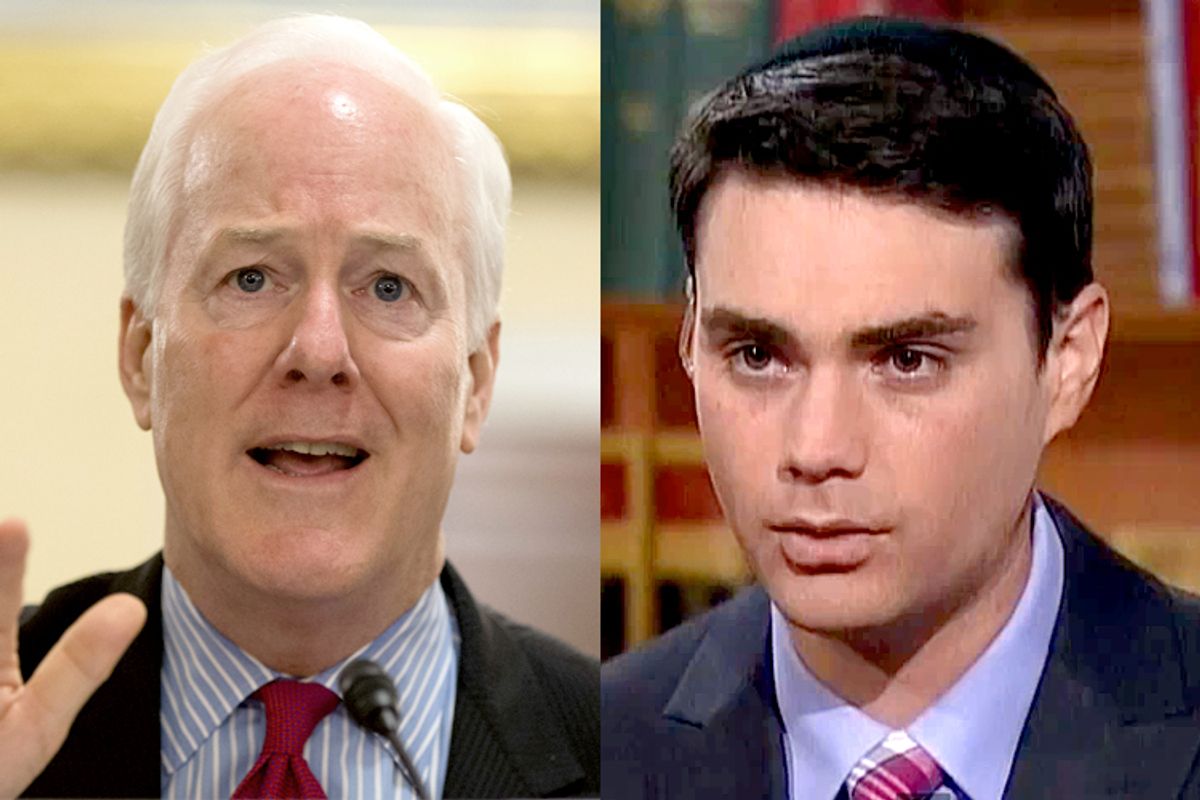 When the full story of the Obama administration's clumsy involvement in, and (possible) disengagement with, Syria is told, we'll have a clearer sense of whether it was bungled all the way, or whether a diplomatic resolution was actually the product of a credible military threat and clever negotiating. Or maybe a bit of both.

But whoever tells that story should reserve a footnote for the handful of politicians and public figures who did a complete about-face from opposing President Obama's proposed military strikes to mocking -- and even rooting against -- an unexpected diplomatic alternative.

If you took both of those positions you have some 'splainin' to do.

I think there's a decent case that Obama blundered into proposing military involvement in Syria and then blundered toward a respectable conclusion by going to Congress and then, maybe, blundered toward a genuine victory via fortuitous but blundery conversations with Moscow. If that's how the story went, and that's how things shake out, it'll be the foreign relations equivalent of drawing an inside straight.

I think it's also fair to argue that as blunderous as the administration's actions have been, they really were instrumental in opening a new peaceful path, and to credit war skeptics, who forced Obama to slow things down enough to create the space for an alternative to present itself.

Either way, it'll drive Obama's political opponents crazy when he tells Americans a simple story about Russia and Syria caving in the face of U.S. might -- and they buy it.

But some of Obama's political enemies are letting that frustration get the better of them. They're not just raising reasonable doubts about the feasibility of a diplomatic solution, but declaring its pursuit foolish or gleefully awaiting its failure, either because they long for a bloodier U.S. involvement or just hope that at the end of the day, whatever happens, Obama winds up looking foolish.

Despite the fact that the U.S. government has now committed itself to exploring a new diplomatic outcome, though, some in Congress have retreated to a reflexive posture of just criticizing whatever action Obama proposes.

So now we are asked to trust Putin and Assad?

Maybe Cornyn actually hopes for a massive, unpopular military campaign, or a military and diplomatic disengagement in Syria, and his opposition to both of the courses Obama has proposed reflects a genuine policy disagreement. But it looks a lot more like domestic politics. Which is probably harmless so long as Obama's operating in diplomatic channels where Congress can't tie his hands. But it lends credence to critics who claim that the GOP's only solution to disputes abroad is to launch deadly wars.