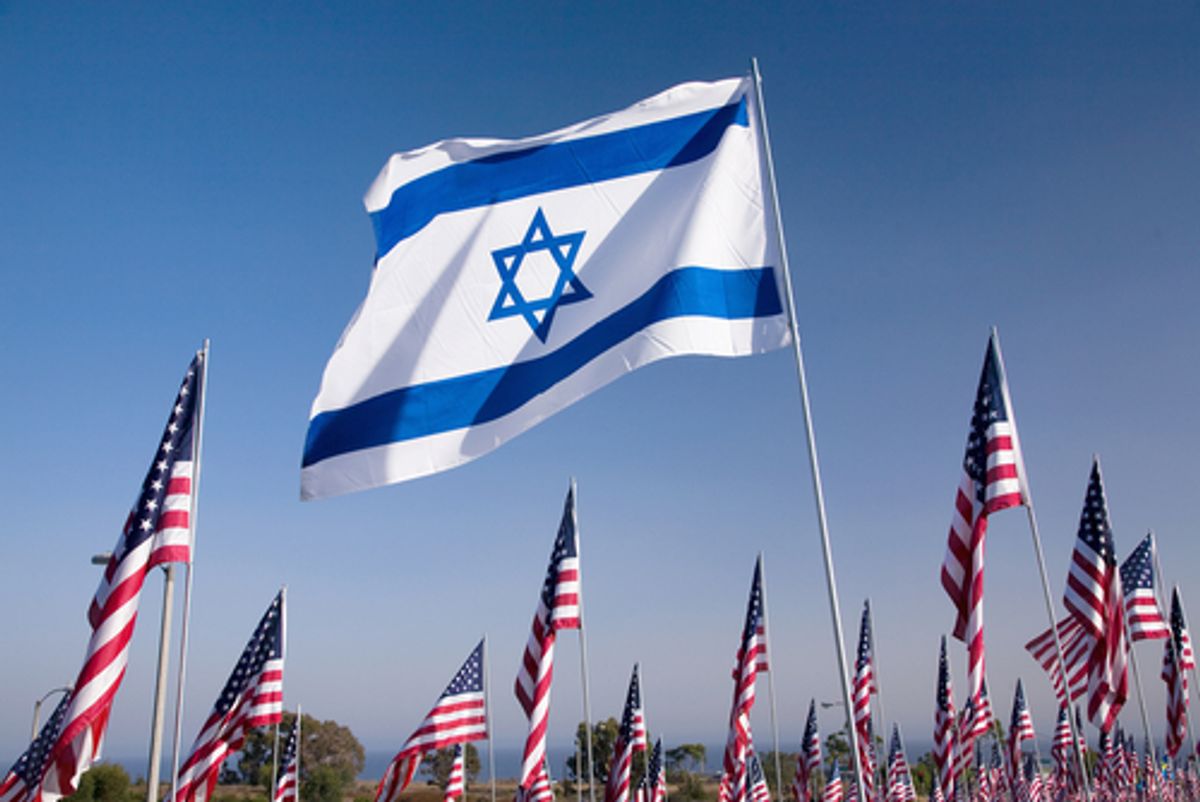 The NSA's sprawling surveillance dragnet, which daily collects data on millions of U.S. citizens' online and phone communications, is troubling enough. Now it has been revealed that not only the U.S. government, but the Israeli government too has near unfettered access to considerable amounts of communications data going out of the U.S.

The latest in the Guardian's barrage of revelations, based on a top-secret memorandum between the NSA and its Israeli counterpart and leaked by Edward Snowden, illustrates how the surveillance state stretches far beyond national borders. As Glenn Greenwald, Laura Poitras and Ewen McAskill reported Wednesday, the NSA -- as regular practice -- shares raw intelligence data with Israel without first sifting it to remove information about U.S. citizens. Via the Guardian:

Details of the intelligence-sharing agreement are laid out in a memorandum of understanding between the NSA and its Israeli counterpart that shows the US government handed over intercepted communications likely to contain phone calls and emails of American citizens. The agreement places no legally binding limits on the use of the data by the Israelis...

The deal was reached in principle in March 2009, according to the undated memorandum, which lays out the ground rules for the intelligence sharing.

The five-page memorandum, termed an agreement between the US and Israeli intelligence agencies "pertaining to the protection of US persons", repeatedly stresses the constitutional rights of Americans to privacy and the need for Israeli intelligence staff to respect these rights.

But this is undermined by the disclosure that Israel is allowed to receive "raw Sigint" – signal intelligence. The memorandum says: "Raw Sigint includes, but is not limited to, unevaluated and unminimized transcripts, gists, facsimiles, telex, voice and Digital Network Intelligence metadata and content."

Another document provided by Snowden details how internally, NSA officials have in fact expressed concern about Israel's aggressive surveillance of U.S. communications in the interest of geopolitical jockeying:

In another top-secret document seen by the Guardian, dated 2008, a senior NSA official points out that Israel aggressively spies on the US. "On the one hand, the Israelis are extraordinarily good Sigint partners for us, but on the other, they target us to learn our positions on Middle East problems," the official says. "A NIE [National Intelligence Estimate] ranked them as the third most aggressive intelligence service against the US."

The significance of Wednesday's revelations lies in part in the undermining of President Obama's public vows that U.S. citizens' communications data, swept up in the NSA's vast dragnets, are protected (a proposition already undermined by the fact that both metadata and content of Americans' calls or emails overseas can be warrantlessly surveilled according to FISC rulings). More broadly,the Israeli revelation illustrates that the security state is far from restricted to NSA operations. This nexus is reliant on, relied upon and supported by a globalized cyberpower nexus, which operates as a whole with scant regard for individual rights and assumptions of privacy.