Like HIV and hepatitis, tropical diseases are threatening blood supplies 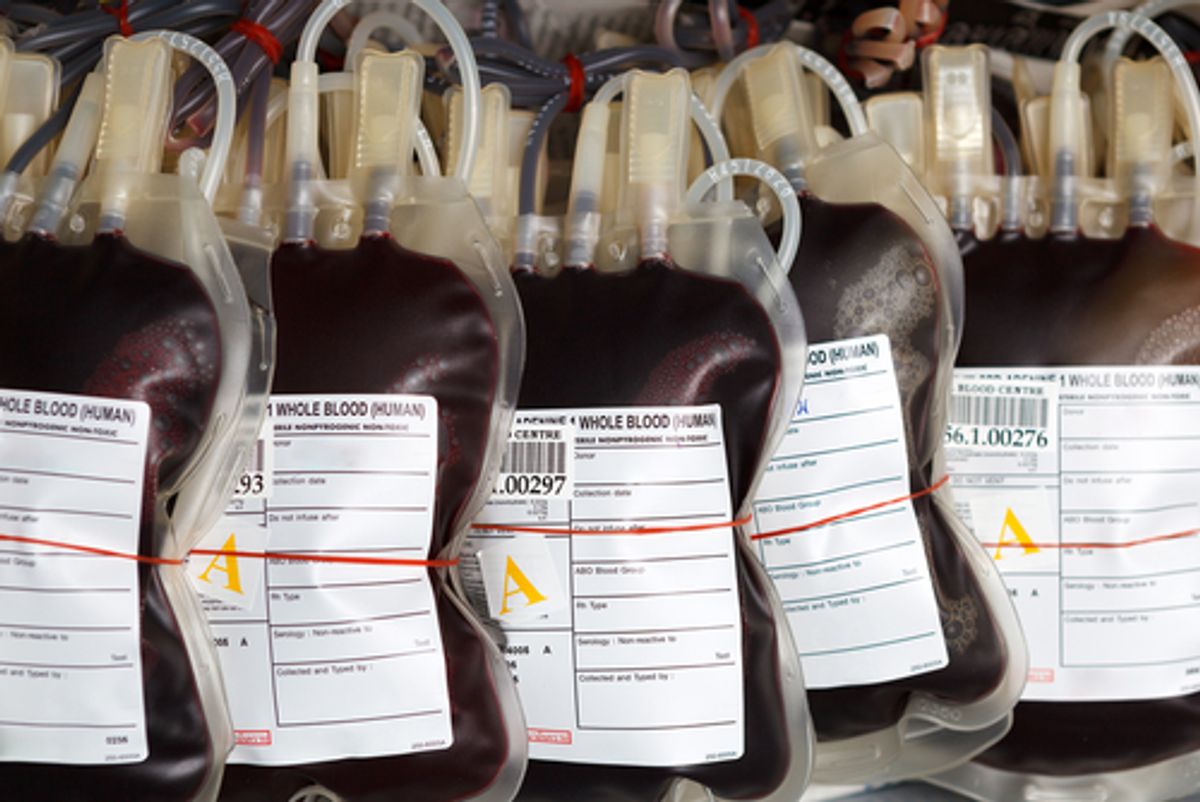 For the first time, tropical diseases like West Nile fever, dengue fever and malaria are threatening Europe's supply of donated blood. It's a problem, ClimateWire reports, that's gaining in prominence as temperatures rise.

While about 1,000 cases of these diseases are brought north each year by human carriers, it wasn't until the past few years that cases began originating locally. In 2010, a man in southern France contracted dengue fever. The man hadn't traveled, meaning he must have been bitten by an Asian tiger mosquito, which carries the disease. By 2012, the mosquito had been spotted in 20 European countries. According to ClimateWire, that's because climate conditions have become more favorable to it and other carriers of tropical diseases. Once they're in the blood supply, they can be difficult to detect:

Many of the diseases carried by these insects, including West Nile fever, have latency periods sometimes lasting months, when an infected person has no symptoms and is unlikely to be a suspected carrier. For this reason, potential blood donors may unwittingly donate tainted blood.

ClimateWire compares the potential situation to the early 1990s, when we first became alerted to the danger of spreading HIV-tainted blood through donations. Broad testing for the array of diseases that could begin to crop up might be difficult to carry out. And down the line, the need for increased vigilance could lead to blood shortages -- yet another reason to be wary of future mosquito seasons.