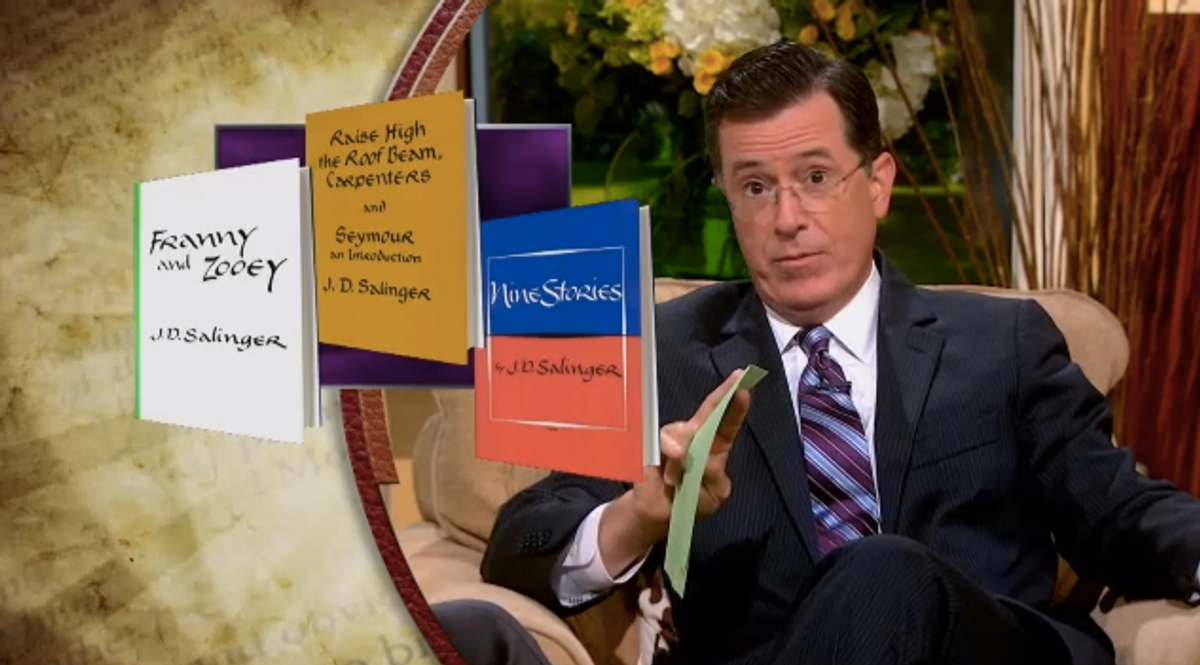 Hosting his second-ever book club, Stephen Colbert last night avoided discussing Syria "because apparently, so is the United States." Instead, the comedian devoted the episode to the works and life of American author J.D. Salinger, who is the subject of the recently released documentary by "Armageddon" director Shane Salerno. Writer Tobias Wolff also stopped by the show to convince Colbert that "Catcher in the Rye" was Salinger's best book:

And, in case you need a refresher on the life of J.D. Salinger, about 10 percent of Stephen Colbert's biography will help you: