An experiment in farming 230 miles above Earth 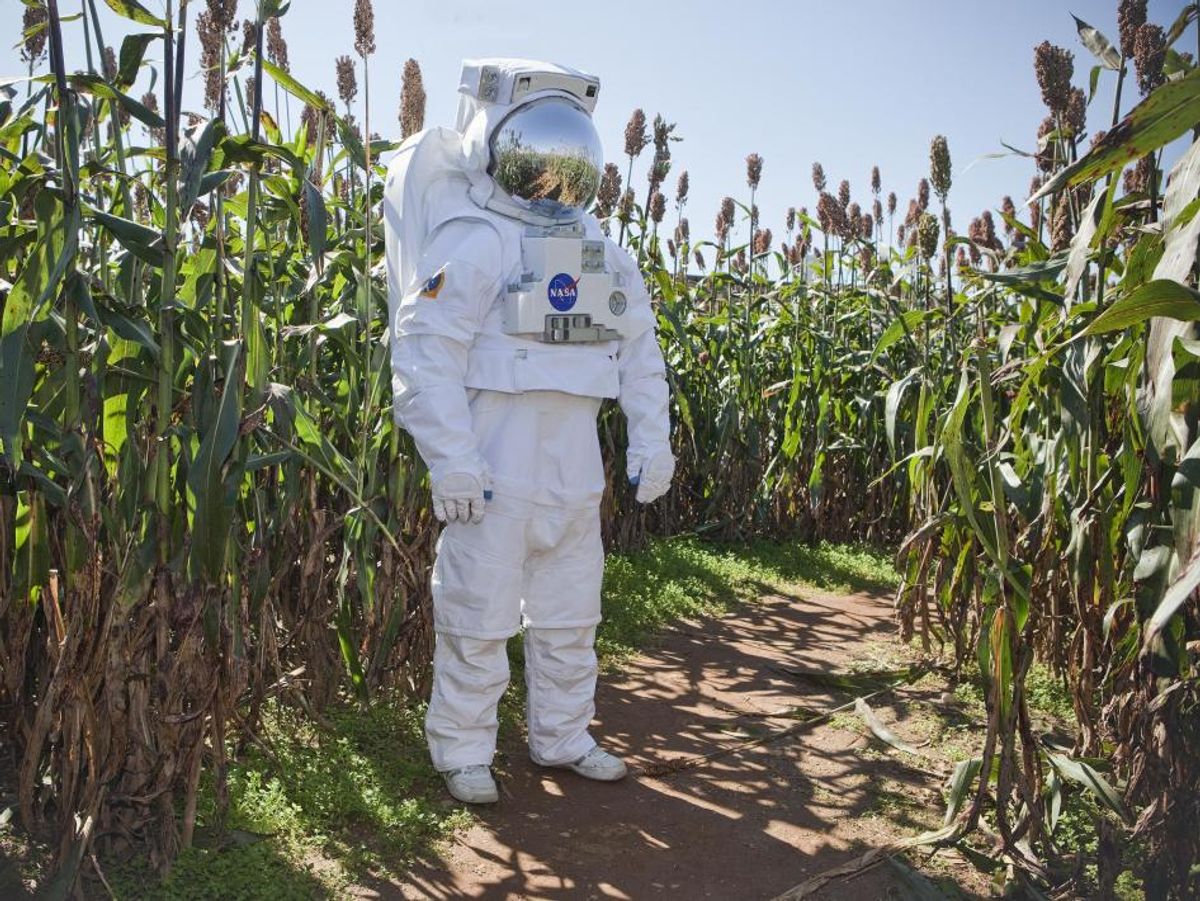 Not an actual space farm (NASA)
--

Later this year NASA hopes to reach an important milestone. The final frontier, perhaps, of human space exploration. They'll be growing their own food in orbit.

While we're down here still hoping to reverse the course of climate change, Modern Farmer reports, NASA's up there working on Plan B:

[Howard] Levine and [Gioia] Massa are part of the team developing the Vegetable Production System (VEGGIE) program, set to hit the ISS later this year. This December, NASA plans to launch a set of Kevlar pillow-packs, filled with a material akin to kitty litter, functioning as planters for six romaine lettuce plants. The burgundy-hued lettuce (NASA favors the “Outredgeous” strain) will be grown under bright-pink LED lights, ready to harvest after just 28 days.
...
Naturally, the dream is to create a regenerative growth system, so food could be continually grown on the space station — or, potentially, on moon colonies or Mars. The Outredgeous lettuce is slated as a first-phase vegetable, quick to grow and loaded with antioxidants (a potential antidote for cosmic radiation). Later veggies may include radishes, snap peas and a special strain of tomato, designed to take up minimal space.

Call it optimism for the not-so-optimistic, but it's heartening to think that if living on Earth one day stops being something we're able to do, there'll still be vegetables in space. Imagine how lonely it'd be with out them. Said Levine: “It can be pretty harsh out there, confined to a small metal box. Caring for a plant every day provides vital psychological relief, giving astronauts a small remembrance of Earth."