New Energy Garden in Canada can convert 40,000 tons of waste a year into clean energy and compost 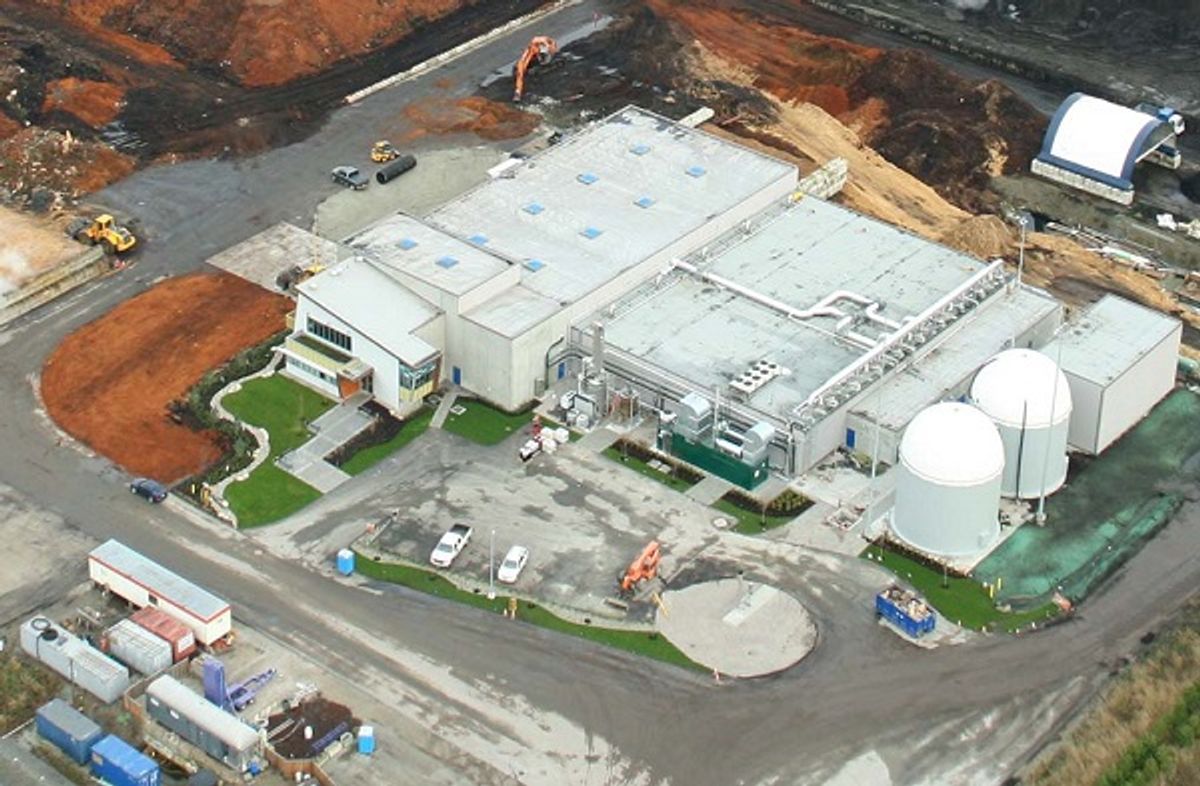 The practice of turning organic waste – yard trimmings and food scraps and the like – into energy is being taken to new heights in British Columbia with the official launch of a plant that the developers said is “the largest commercial-scale high solids anaerobic digester in North America.”

Harvest Power is behind the Energy Garden, in Richmond, B.C., with help from the city of Richmond, BC Hydro, Metro Vancouver and various haulers, landscapers and residents.

Those “other” participants are key to the project, too, since the compost and energy that the Energy Garden produces – enough to power around 900 homes – starts as waste matter that goes to the plant and not into the trash. Or as Harvest Power CEO Paul Sellew put it in a statement, “We see an organic cycle of energy and nutrients: a pizza crust from last night’s dinner gets turned into power today, and soil that grows tomatoes in tomorrow’s garden.”

There seems to be a steady increase unfolding in the use of anaerobic digesters, which can tackle several challenges at one time. Not only can they cut the amount of crud going into landfills, they can, as the Energy Garden is demonstrating, produce soil amendments and power, with biogas being used to fuel an engine generator for creating renewable electricity and heat, upgraded and fed into a natural gas pipeline, or compressed into vehicle fuel (CNG).

We recently wrote about an anaerobic digester being built in Turtle Lake, Wis., that every day will turn 500,000 gallons of mostly dairy wastewater into electricity, putting out up to 3.2 megawatts in addition to process heat and fertilizer. And Kroger earlier this year said it would install an anaerobic digester at the busy Ralphs/Food 4 Less distribution center in Compton, Calif., that would process more than 55,000 tons of organic food waste into enough power to too meet one-fifth the needs of the 650,000-square-foot distribution center.

The new facility in British Columbia has the capacity to convert up to 40,000 tonnes (that’s 88 million pounds) of food and yard waste per year from area homes, businesses, restaurants and supermarkets into clean energy and compost, Harvest Power said.