Oh, and it's also an ad for Chipotle 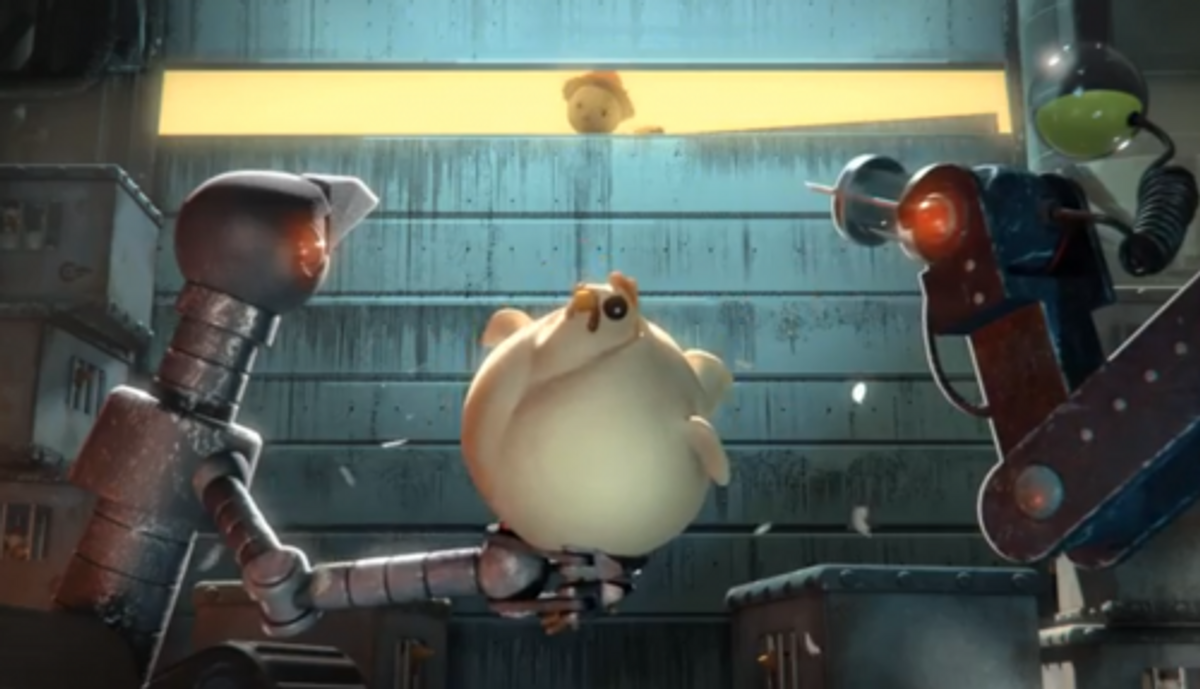 The sad, spooky, dystopian world of mass-produced meat gets the full Tim Burton treatment in an animated short set to Fiona Apple's cover of "Pure Imagination."  It also serves as a cleverly disguised advertisement for Chipotle.

The first clue comes when the film's protagonist, a disenchanted scarecrow fresh off a trip to the factory farm, picks a familiar-looking chili pepper from a vine. When the scarecrow opens his own, local food stand, the tacos he serves may also trigger a spark of recognition. But it isn't until the three and a half minute video ends that the fast-food chain's name appears.

Chipotle never airs television ads, and the video is actually a promotion for its free iOS game. The chain's strategy, writes Slate's Matthew Yglesias, is to position itself "as a highbrow and upscale alternative to other quick service restaurants." Yglesias argues that the message gets through. So, too, does the commentary on factory farming as a fantasy-gone-wrong. "The Scarecrow" might not make you crave Chipotle, but it definitely makes a strong case for eating local: