"Into the Wild's" twist ending 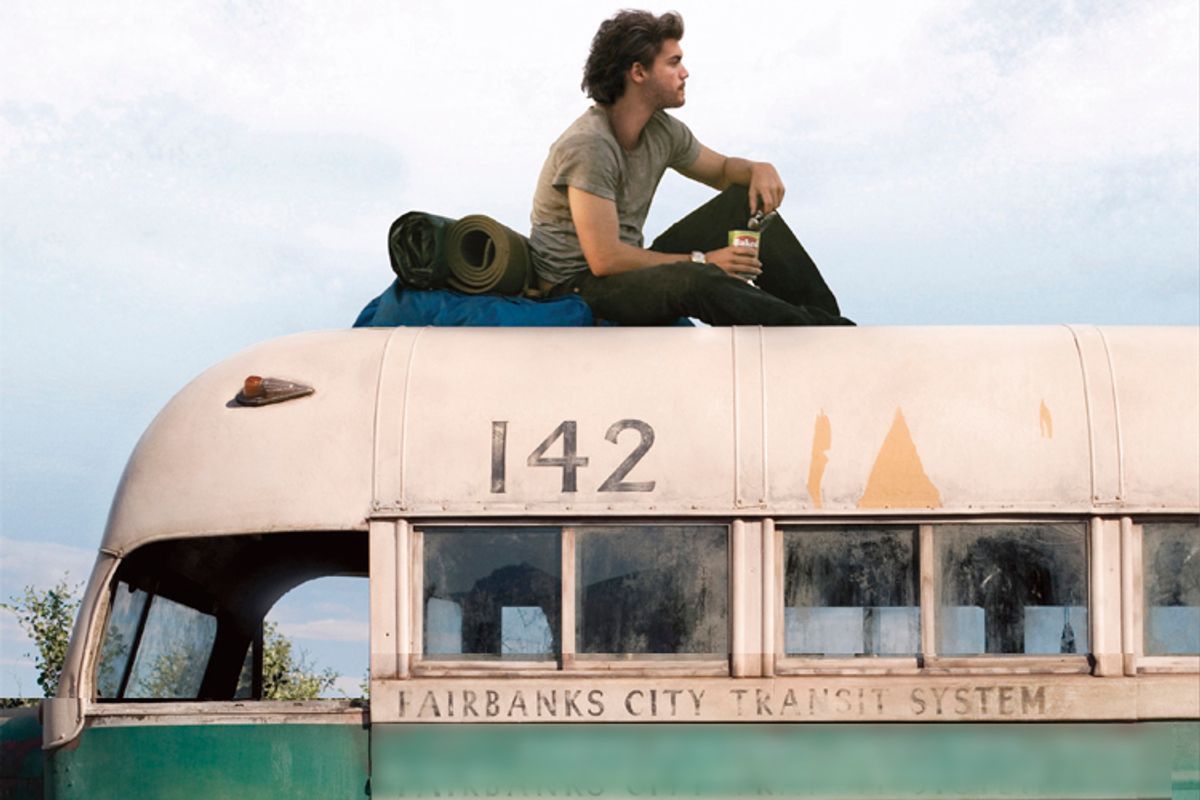 In a blog post for the New Yorker, journalist Jon Krakauer has published an addendum to "Into the Wild." The famous book tells the story of Chris McCandless, a young man who gave away his possessions and tried to live on his own in the Alaskan wilderness. His death, Krakauer concludes once and for all, was a tragic accident.

Backing up a bit, McCandless' emaciated body was discovered in the back of an abandoned bus near Alaska's Denali National Park 21 years ago. His life story, published by Krakauer first as an article in Outside magazine and then as a 1996 book, became to some an inspirational account of one young man's rejection of materialism and return to nature. The way it ended, to others, represented the height of arrogance and senselessness.

It didn't help that, in the original article, Krakauer concluded that McCandless' death occurred when he mistook one type of seed for another. Wild sweet peas and wild potato seeds look similar, he explained, but the former are poisonous. McCandless, out of hunger-driven desperation, must not have been careful enough to properly identify what he was eating.

By the time he wrote the book, though, Krakauer had amended the story. He speculated that McCandless had indeed eaten the benign wild potato seeds, but that he had somehow been poisoned by them anyway. He believed this, Krakauer writes, because it's what McCandless believed -- he had written in his diary that he was "extremely weak," and that potato seeds were the cause. Alaskans ridiculed Krakauer for this preposterous theory, he says, and no evidence was ever found to support it.

But thanks to an essay published online by author Ronald Hamilton, there's now convincing evidence, Krakauer writes, to suggest that McCandless did, in fact, know enough to distinguish between the seeds. The potato seeds he consumed weren't believed to be poisonous because normally, they aren't. It's only in very specific circumstances that they become dangerous -- and those most at risk are young, thin, undernourished men. The only other record of something like this happening was in a Nazi concentration camp. There, starving prisoners were left crippled after being fed seeds containing a certain type of acid -- the same acid, tests confirmed, that's found in wild potato seeds.

Krakauer concludes that McCandless knew more about nature, and how to survive in it, than he's been given credit for:

Hamilton’s discovery that McCandless perished because he ate toxic seeds is unlikely to persuade many Alaskans to regard McCandless in a more sympathetic light, but it may prevent other backcountry foragers from accidentally poisoning themselves. Had McCandless’s guidebook to edible plants warned that Hedysarum alpinum seeds contain a neurotoxin that can cause paralysis, he probably would have walked out of the wild in late August with no more difficulty than when he walked into the wild in April, and would still be alive today. If that were the case, Chris McCandless would now be forty-five years old.