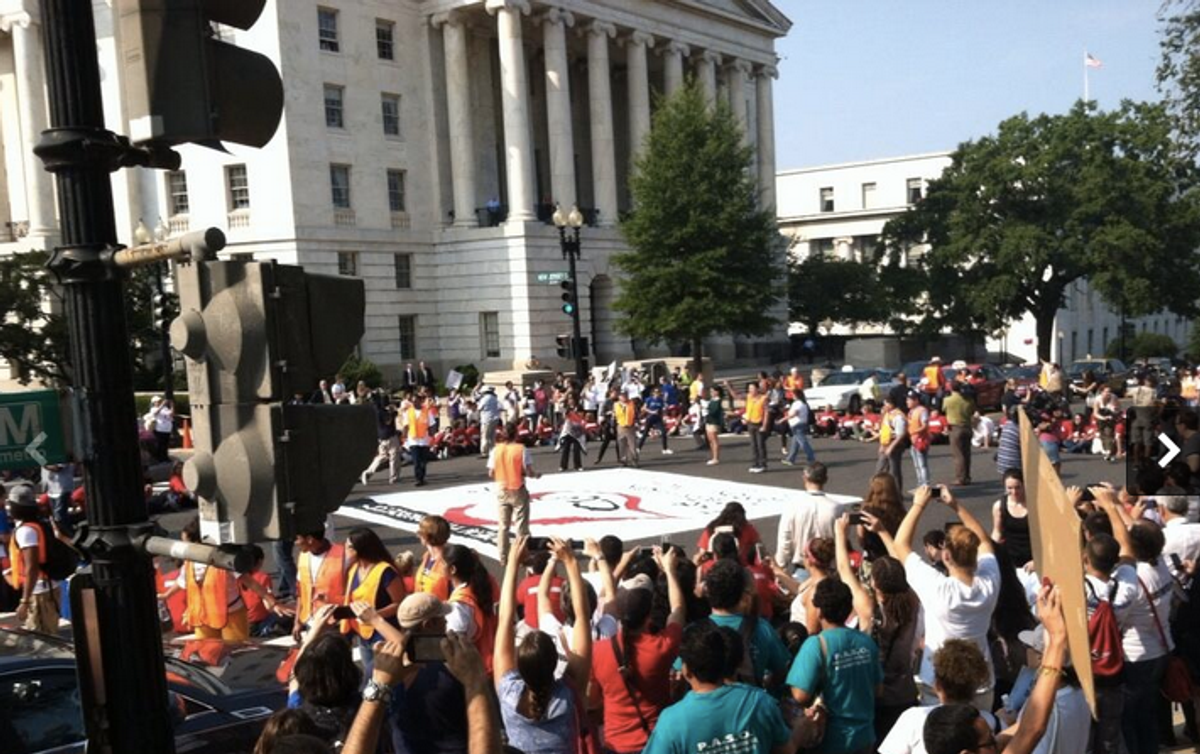 A scene from the Thursday protest (Twitter via Maya Danaher)
--

More than 100 women were arrested on Capitol Hill Thursday morning after engaging in a mass act of civil disobedience.

The women's coalition, organized by several activist groups, is in Washington to demand that "the House recognizes that women and children are at the heart of the immigration debate, and reform must treat them fairly," according to Ai-Jen Poo, director of the National Domestic Workers Alliance and co-anchor of the campaign.

Poo explains more about the campaign at CNN:

We were reminded during the 50th anniversary commemoration of the March on Washington that the most difficult and enduring change requires the personal commitment and courage of individuals acting together. As the Rev. Martin Luther King Jr. and other great leaders showed us, from time to time that can mean the willingness to be arrested for standing up for your most deeply held values and beliefs.

Inspired by King and the campaigns that made up the civil rights movement, we are putting ourselves on the line at the Capitol as part of a national campaign, We Belong Together, to promote immigration laws that treat women fairly, that reflect our core American values. If they don't, we are diminished as a nation.

Real reform includes a path to citizenship, keeps families together and upholds the family immigration system, provides protections for survivors of violence and against workplace abuses, protects the health and well-being of women and children, honors women's work inside and out of the home, and is not driven by a focus on enforcement.

If getting arrested is what it takes to show the House we're serious, it's worth it. House members must have courage and unite, as we have, to pass immigration reform that treats women fairly and keeps families united.

Photos from the demonstration: