The Onion was making fun of companies that exploit tragedies. One Subway store thought it was real. 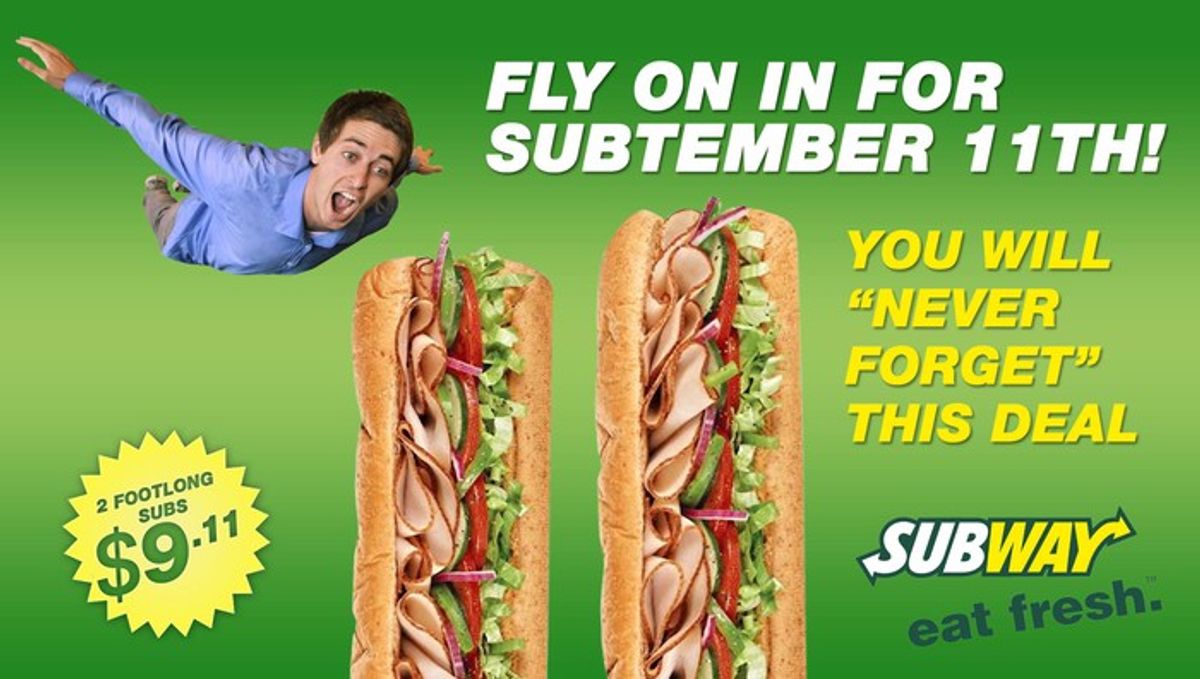 Web site Literally Unbelievable, which shows when Facebook users take The Onion at face-value, has shared one of the more depressing instances of satire-as-real life: A Subway chain that honored The Onion's fake 9/11 coupon.

The Onion issued the special promotion a day after Kenneth Cole tastelessly used Syria as a way to sell shoes.

“From the Structural Steel Melt on Tower 7–Grain bread to the Twin Chowers cold cut combo with Ground Zero–Carb vinaigrette on a Let’s Whole Wheat Roll, we’ve got something for everybody this Subtember 11," said Subway president Fred DeLuca in fictitious article, which encouraged customers to “fly on in" and purchase two subs for $9.11.

On Sept. 11, two pranksters walked into a Subway shop and presented a copy of The Onion's coupon. After confirming three times "if that's a good coupon," two men walked out of the sandwich shop in disbelief.