Walter White's medical bills wouldn't have driven him to cook methamphetamine if he lived in Canada! 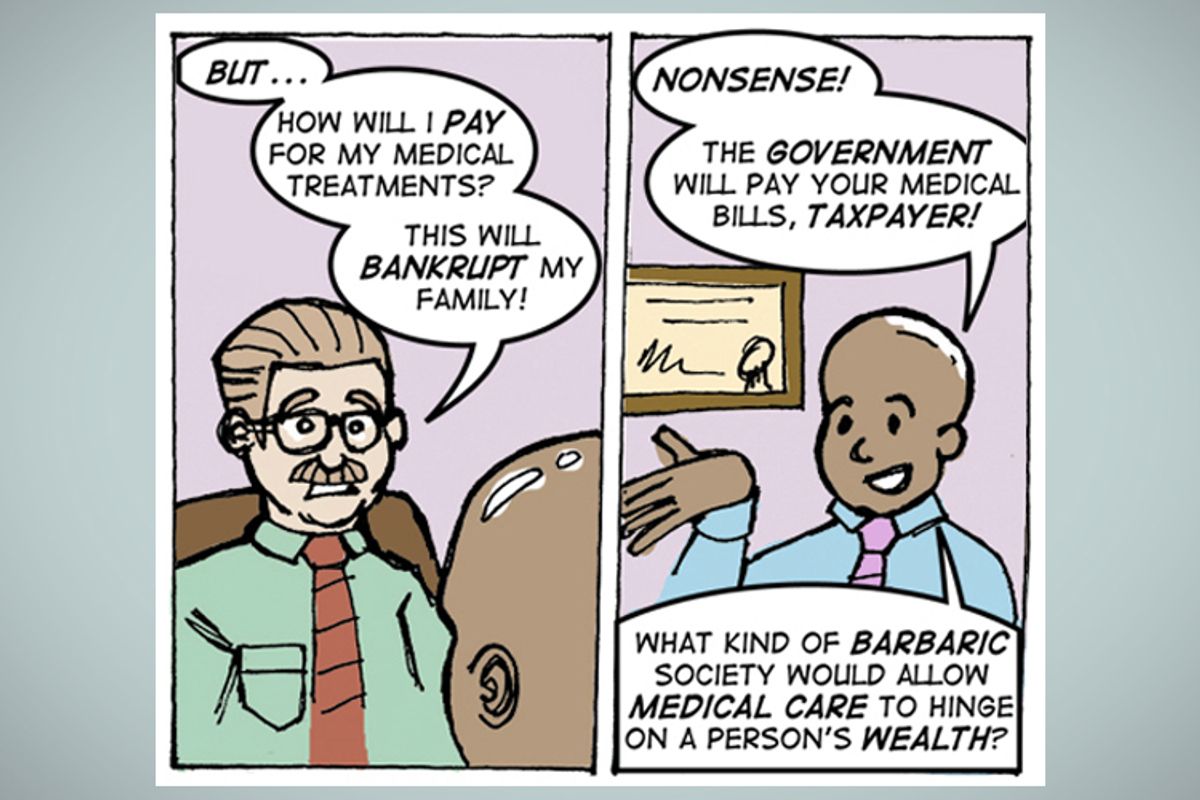 Man is diagnosed with incurable lung cancer. Man, faced with crushing medical expenses that his insurance won't cover, turns to cooking methamphetamine and builds himself a drug empire. Man buys a hat, yells at his handsome partner a lot and uses hydrofluoric acid  to dissolve a bunch of dead bodies in plastic bins.

"Breaking Bad": Only in America!

Here's why the premise of the show really only works in the United States and not other wealthy nations, as articulated (and illustrated in a five-panel comic strip) by writer and artist Christopher Keelty:

One thing that really interests me about the show is how it juxtaposes two of America’s most catastrophic policy failures: The for-profit health care industry and the failed War on Drugs, which has created a black market that makes the manufacture and sale of illegal drugs incredibly profitable.

I got to thinking how uniquely American the show is, and that led to this comic strip.