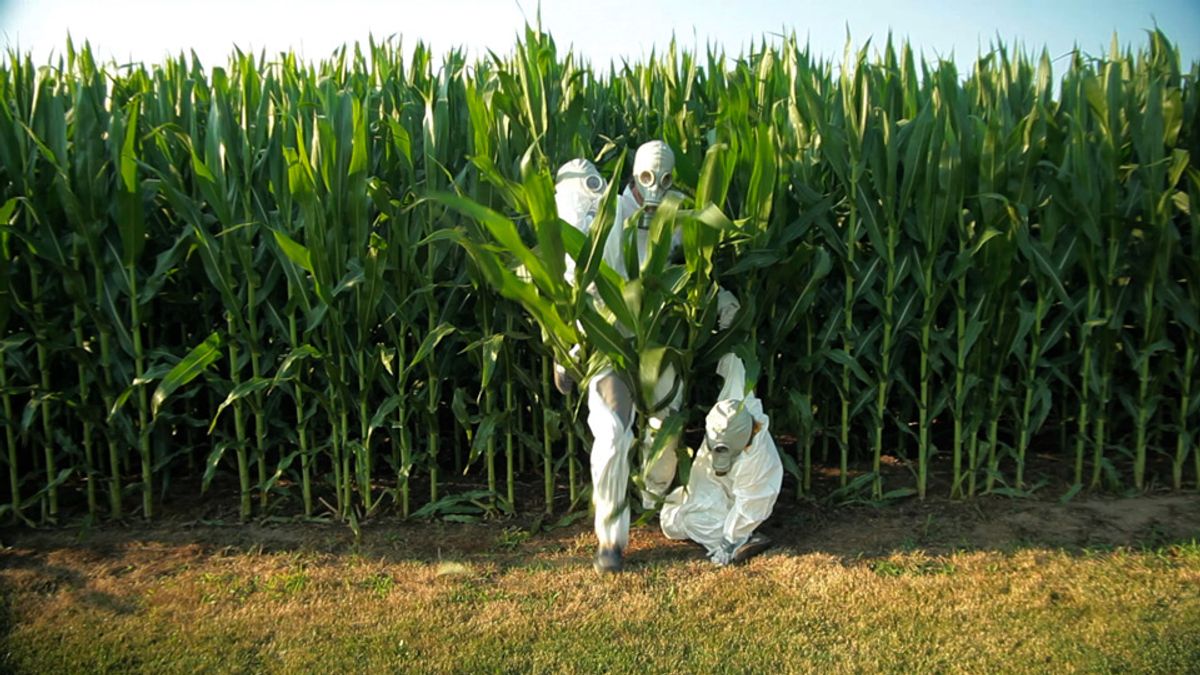 The debate surrounding genetically modified organisms, or GMOs, is as complicated as it is controversial. But the reviews coming in for Jeremy Seifert's new documentary, "GMO OMG," say the film manages to miss most of it.

Seifert's Kickstarter-funded project tells the story of GMO use in America's food supply from the perspective of a father worried about the health of his family, and the larger environmental consequences of genetic modification. In the New York Times' review, Jeanneatte Catsoulis writes:

... to the informed consumer hoping for greater elucidation, Mr. Seifert’s partisan, oversimplified survey falls short. Approaching this extremely complicated topic with the air of an innocent seeker, he barely touches on the science behind the genetically modified organisms (G.M.O.) that are introduced into the food, focusing instead on tumor-encrusted, G.M.O.-fed rats: the product of a study that has since been scientifically questioned.

Writing for Scientific American, whose editors recently came out as being pro-GMO, Ferris Jabr has a harsher take. Seifert, he argues, is not the naive seeker of answers he purports himself to be:

Seifert...is not so much trying to develop an understanding of GMOs from scratch as searching for affirmation of preconceived concerns. Even before he talks to any scientists or farmers, Seifert suspects that GMOs are unhealthy; that they disturb “the peace of wild things;” that the government and scientists have hidden damning facts about GMOs from the public; and that, in general, we don’t know how they work or what the consequences of growing and eating them will be. Instead of seriously investigating these suspicions, he is content to parrot numerous misconceptions spread by people who fiercely oppose genetic modification. As a result, Seifert’s intellectually lazy and, at times, emotionally manipulative film only detracts from the public understanding of GMOs.

Over at Grist, Nathanael Johnson confirms that the film is an outrage flick, and confronts Seifert in an interview about what he saw as some of the more misleading science. "I didn’t really dig too deep into the scientific aspect," Seifert said, explaining, "it was almost more of the cultural phenomenon of our widespread ignorance" about GMOs. In other words, it wasn't intended to help clarify the issues.

Johnson concedes that Seifert's moments with his family feel "emotionally honest." Jabr, though, sees the antics Seifert gets up to with his kids -- like having them wear biohazard suits before running through a field of genetically modified corn -- as the worst of that emotional manipulation. Writes Catsoulis, "Even children as photogenic as Mr. Seifert’s are no substitute for rigorous research."