Jaden Smith's bizarre anti-education tweets: "School Is The Tool To Brainwash The Youth" 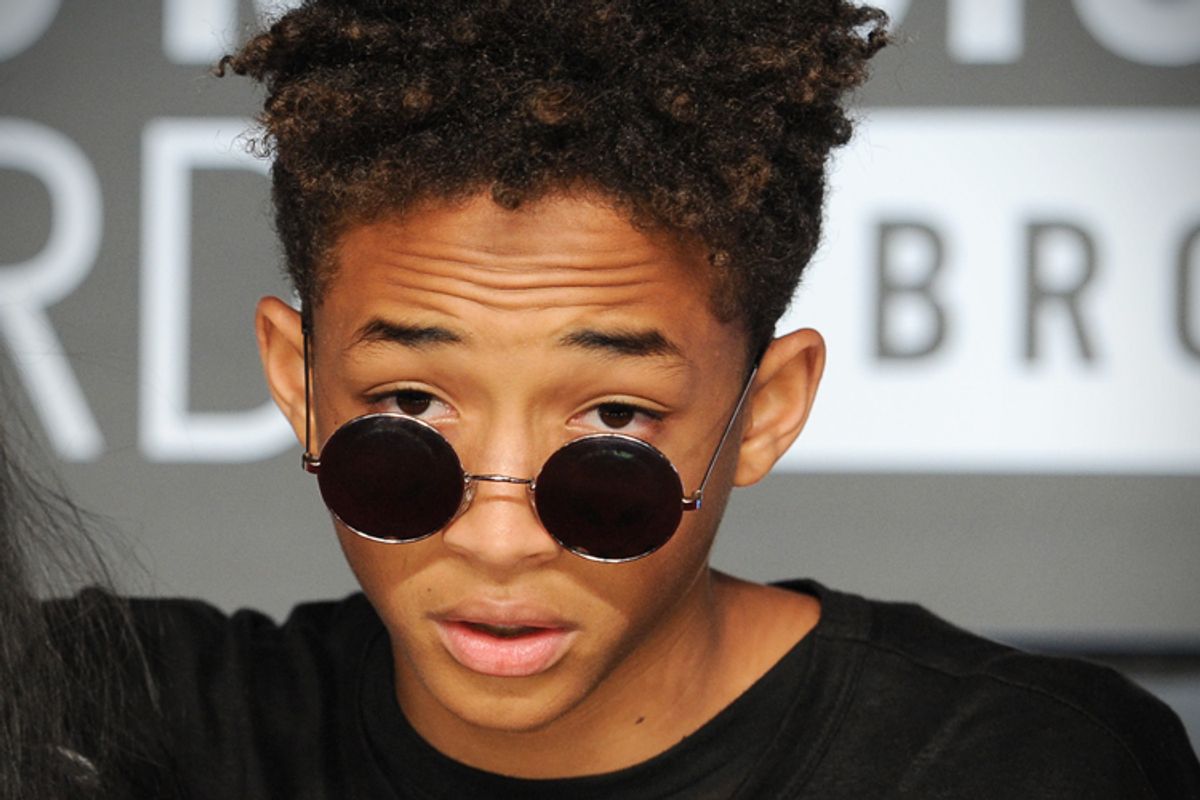 Jaden Smith, the teen actor of "Karate Kid" and "After Earth" fame and the son of Will, studies TED Talks and "Aesop's Fables" with his father, as revealed in a bizarre New York magazine interview about the pair's pursuit of higher wisdom earlier this summer.

However, Smith is no fan of the education system, spending the past two days periodically breaking his silence about how schools are brainwashing students -- to what end, he does not say.

Per Smith, individuals were more intelligent in the state of nature, and the perceived civilizing influence of education actually makes one less intuitive. While this isn't a new argument, it's yet another chapter in the strange story of the Smith family's beliefs about education even beyond the New York interview. "After Earth," their film from this year, contained a message about controlling one's emotions with one's mind that appeared cribbed from "Dianetics"; further, the Scientology-based school Will Smith had funded since 2008 reportedly closed down this year.

Then again, maybe we shouldn't read too much into Jaden Smith's tweets.