Police chief suspended after release of vulgar shooting and cursing video wants to be sheriff of a Pa. county 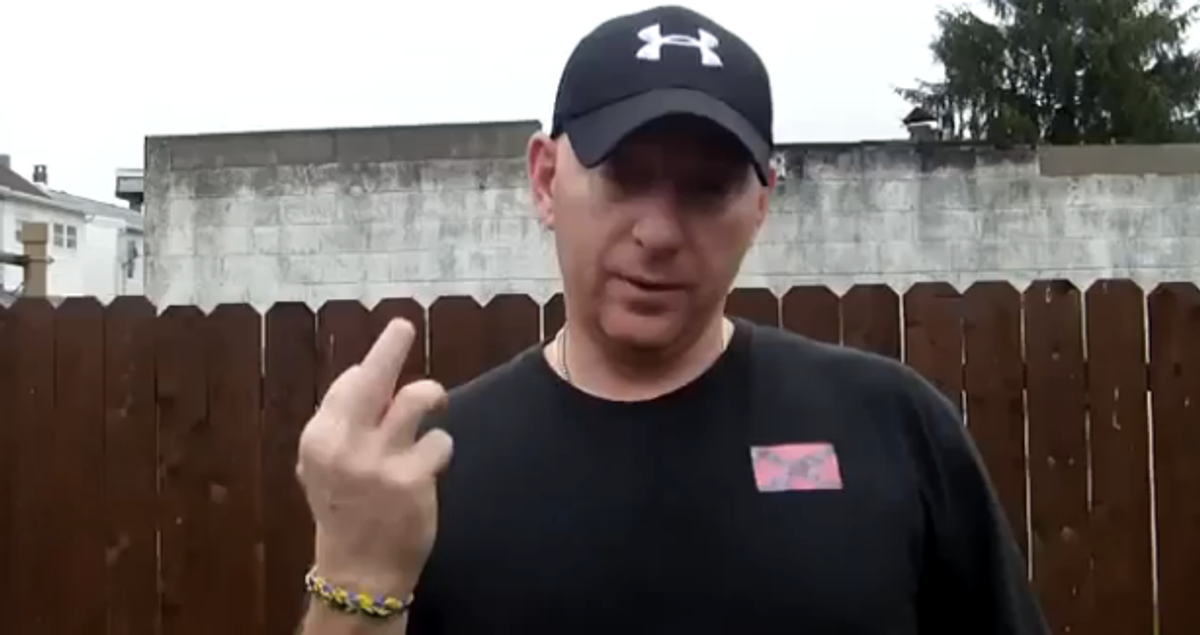 Mark Kessler, the police chief who is currently under suspension following the release online (and viral spread) of a video in which he shoots rifles and rails against "libtards," is running for sheriff of Pennsylvania's Schuylkill County.

The "Fuck all you libtards" cop rose to notoriety with the release of a series of vulgar, profanity-drenched videos. Kessler believes he is likely to lose his job, but announced on Facebook his write-in campaign for sheriff.

In an interview with the Pottsville Republican Herald, Kessler said running for sheriff had been in his plans for a while.

"I've been kicking it around for a long time," he said. "Actually, I switched from Republican to independent some time ago. I had picked up a petition to get the 520 or so signatures to run as an independent, but I was pressured by the Republican elites not to and to switch back to Republican, and you know my answer to that was 'No.' I don't need their permission to run. The party don't own this boy."

Kessler is also a member of the North Schuylkill school board and the leader of a volunteer group called the Constitutional Security Force, which has vowed to take up arms to protect against tyranny.