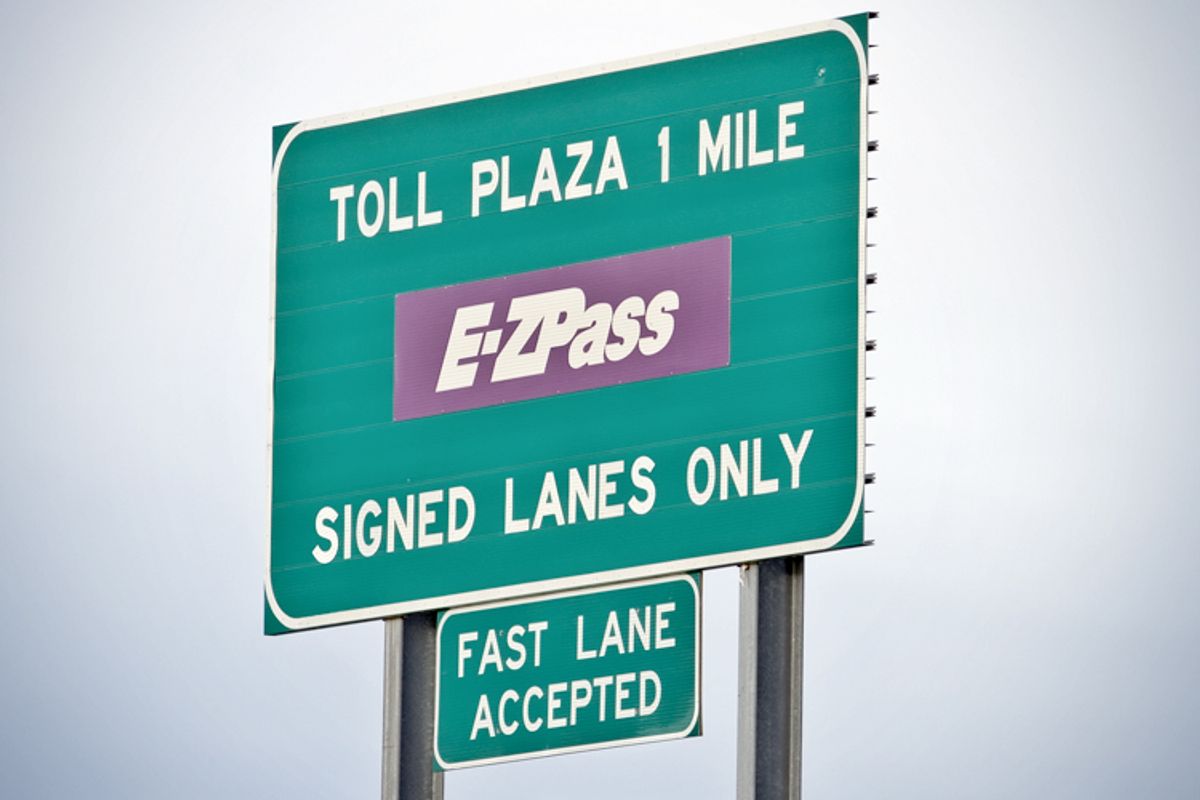 Let's file this one under the category of things we were reasonably sure were happening already, but are still greatly annoyed to have confirmed. New York City, reports Kashmir Hall in Forbes, has been tracking the movements of cars equipped with E-ZPass RFID tags all over the city -- not just at the toll booths for which New York drivers presumably purchased their E-ZPasses to get through.

The surveillance was uncovered when an electronics tinkerer who styles himself  "Puking Money" hacked his E-ZPass to, no joke, go "moo cow" each time it was pinged by a reader.

It’s part of Midtown in Motion, an initiative to feed information from lots of sensors into New York’s traffic management center. A spokesperson for the New York Department of Transportation, Scott Gastel, says the E-Z Pass readers are on highways across the city, and on streets in Manhattan, Brooklyn and Staten Island, and have been in use for years. The city uses the data from the readers to provide real-time traffic information... The DoT was not forthcoming about what exactly was read from the passes or how long geolocation information from the passes was kept. Notably, the fact that E-ZPasses will be used as a tracking device outside of toll payment, is not disclosed anywhere that I could see in the terms and conditions.

Tag IDs are supposedly scrambled to maintain the anonymity of individual users. But they certainly don't have to be, and given the news developments of recent months, one wonders how hard it would be for law enforcement to track any particular car through New York's network of readers.

But again, who will really be surprised that governments are taking advantage of tracking devices that we voluntarily install in our vehicles to, well, track us? The lack of transparency is execrable, but the bottom line has never been clearer. The same new technologies that we find attractive for their incredible convenience are enabling the most pervasive surveillance society in human history.