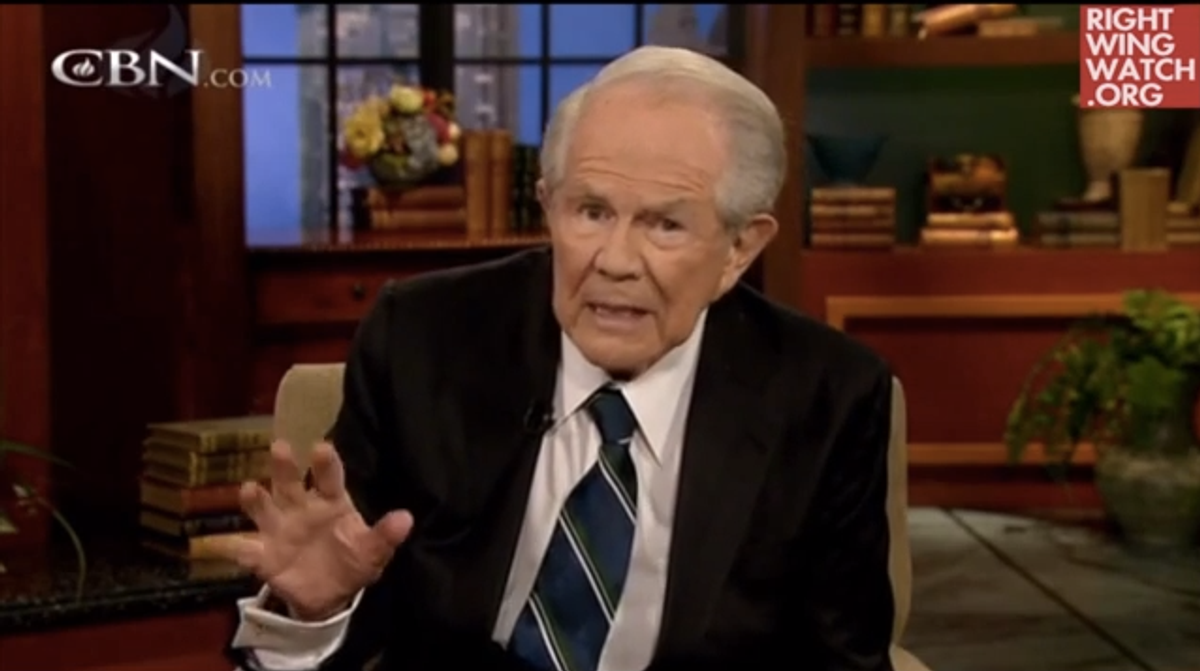 Last month, Pat Robertson said that gay people wear "special rings" equipped with tiny razor blades as part of a "vicious" gay plot to spread HIV. While most of us would say such an ignorant statement sounds like pretty much all of the other hateful garbage Robertson says on the regular, the Christian Broadcasting Network got really, really nervous about this particular statement and edited it out of the final broadcast of the "700 Club."

They also filed a complaint with YouTube to keep Right Wing Watch from posting the video online.

While the clip was taken down for two weeks, it was restored Friday after YouTube affirmed Right Wing Watch's Fair Use claim.

To mark the occasion, here's the clip: