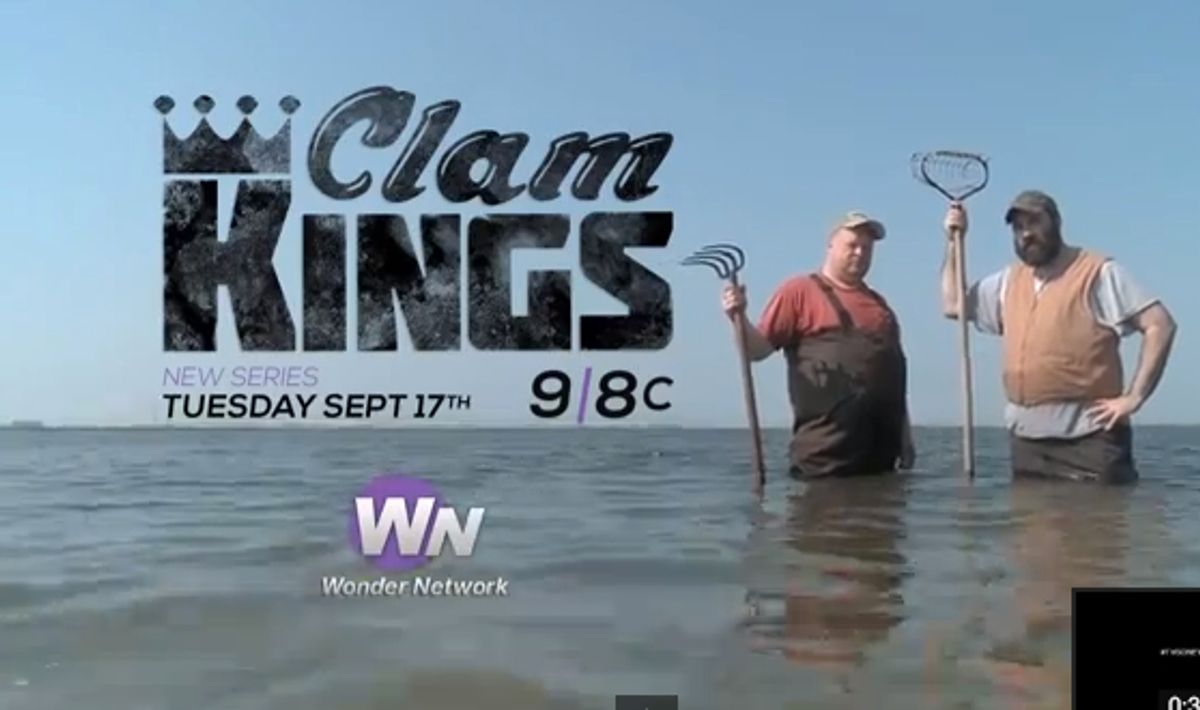 In New York, PBS’s affiliate channel Thirteen has been taking on the state of reality TV. The ads are for such shows as Knitting Wars, Clam Kings, and Bad Bad Bag Boys, and each comes with the accompanying text: “The fact you thought this was a real TV show says a lot about the state of TV.” Embedded in this quiet jab is Thirteen’s mission – making quality programming that enriches the lives of those who tune in, rather than simply leaving them to vegetate in front of the screen.

But let’s take a step back. Certainly Cupcake Wars and Knitting Wars share the same sort of innocuous sounding name (how much of a war could that really be? Frosting missiles?). And yet, Cupcake Wars is a real program airing regularly on the Food Channel. And how much stranger is it to have a show about bag boys than about people who are deeply interested in storage units? Reflecting on the programming that fills even primetime television makes Thirteen’s mock shows seem perfectly reasonable.

In fact, Thirteen even upped the ante a bit recently. Knitting Wars, Bayou Eskimos, and several other fake programs were launched solely with print campaigns. After the success and positive response they received about those print ads, however, Thirteen dreamed up a few more shows, including Clam Kings and Meet The Tanners, which they then produced commercial spots for. The thirty second commercials play out like any other reality show advertisement and then are suddenly cut short as we are reminded that this is not real, and moreover, that television could be better.

With it’s fake reality show ads, Thirteen is taking on a deeply beloved market for television viewers, but there is no question these ads are effective. As much as you might want to watch Knitting Wars, the reminder that TV has greater potential than this looms. Now into its fiftieth year of providing quality programming, Thirteen continues to demonstrate what quality programming looks like. And with this ad campaign they have also shown a little bit of a tough edge (and a great sense of humor!) that we might not have thought they had.

Have you seen any of the Thirteen advertisements? What do you think of this marketing stunt?