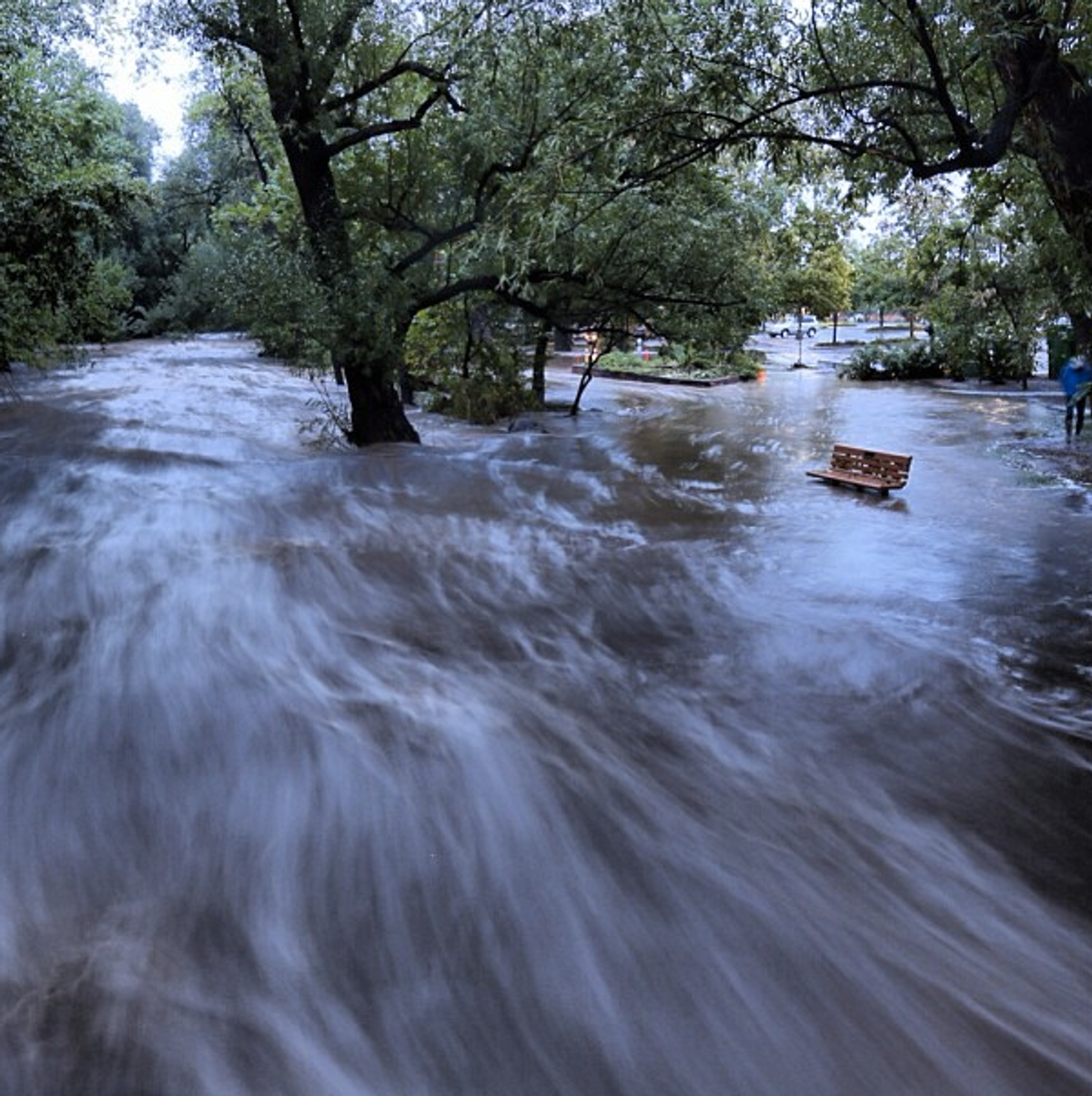 The unusual late-summer downpours drenched Colorado's biggest urban centers, stretching 130 miles along the eastern slopes of the Rockies from Fort Collins near the Wyoming border south through Boulder, Denver and Colorado Springs.

In Boulder, the rainfall record for September set in 1940 was shattered, officials said, unleashing surging floodwaters in Boulder Canyon above the city that triggered the evacuation of some 4,000 residents late on Thursday.

"This is more like something out of the Bible," said Lyons resident Howard Wachtel. The remote town has been almost entirely cut off from surrounding areas by the rising waters. President Obama approved the state's natural disaster assistance request late last night; the rain is expected to continue late into the day.