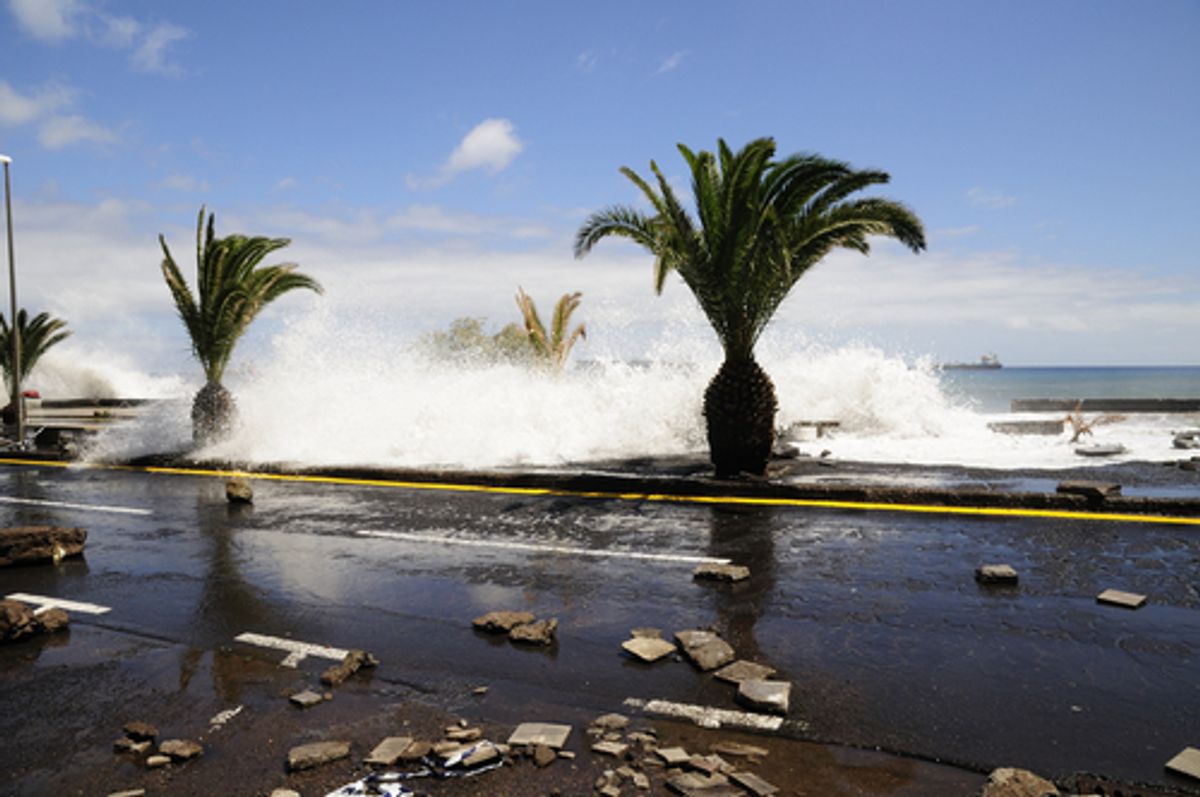 The potential risks of worsening climate change are so severe that certain systems are no longer considered to be in the red. For the first time, they'll instead be in the purple.

The U.N.'s Intergovernmental Panel on Climate Change (IPCC) report previously used the color red in its risk diagram to represent areas most threatened by rising temperatures. Purple was added after concluding that "unique and threatened systems" like coral reefs and small island states are more vulnerable to the changing climate than could be accurately represented by the old diagram.

"Purple colour, introduced here for the first time, reflects the assessment that unique human and natural systems tend to have very limited adaptive capacity," a draft of the report reads.

The new color kicks in right around the point where global temperatures rise by 2 degrees Celsius over current levels. Red will still be sufficient to represent four other "key reasons for concern," reports Reuters. That's because the risks from "extreme weather events, how widely damage will be spread around the world, overall costs of climate change and risks of large shifts, such as a meltdown of Greenland's ice sheet or a slowing of the Gulf Stream" aren't believed to have significantly worsened since 2007, when the last IPCC report was released.

"It would be misleading to draw conclusions from it," said Jonathan Lynn, spokesman for the IPCC Secretariat. But Joel Smith, who first developed the diagram in 2001, gave Reuters his personal opinion: "Observations don't make me more optimistic about the potential severity and consequence of climate change."

The more colorful report will be officially released in March 2014.