It's time to eliminate bro-culture from the tech industry

The entitled, frat-like culture that's hard-wired to the tech world is even worse behind closed doors 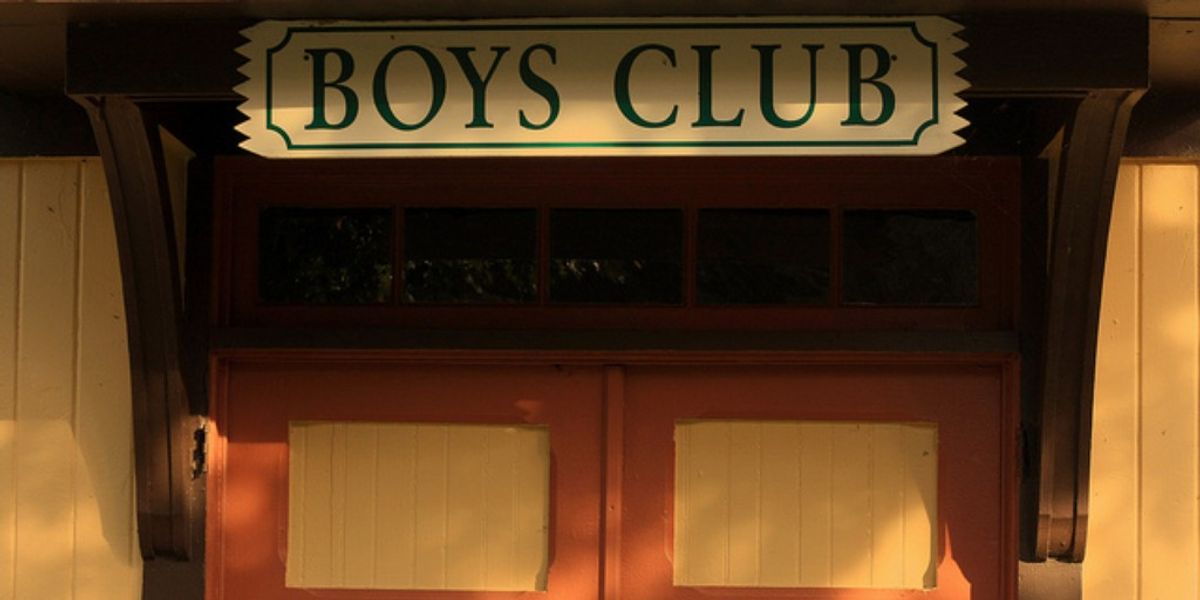 So when I heard about this whole bro-haha this weekend over some presentations at TechCrunch that a bunch of people thought were sexist, I was like, why the heck does everyone have their panties in a bunch?

What was behind all this hullabaloo? “Titstare” was, for one—that is, bros taking pictures of themselves staring at tits. Also “CircleShake,” an app that measures how hard someone can shake a phone and like, required dudes to stand up and simulate as if they were, well, you know.

And then Business Insider fires its Chief Technology Officer for a few measly “offensive” tweets, such as, “feminism in tech remains the champion topic for my block list. my finger is getting tired.”

Really, so what, ladies? These dudes are just being bros, having a little fun. I’m like totally sick of girls getting on their high horses about stuff like this. Seriously. Bros wanna have a little fun and make money. BFD, right? You gotta laugh with them.

Girls complaining about it? Total buzzkill. You don’t go to a frat house and bitch about the beer. You shouldn’t go to a start-up and meow about bro-workers.

Sure, it’s all PC to make sure you “diversify,” but start-ups have to Start Up. Get it? They can’t be held captive to a bunch of old school, outdated, personnel shit about who they have to hire. They have to be fast. They have to be fluid. They gotta be able to hire the best man for the job—even if sometimes, it’s a girl.

They need brogrammers who get it. Not sisgrammers. See? That doesn’t even work.

But the thing is? In real life, I’m one of those. One of those feminists. And by feminist, I mean a woman who stands up for women.

Not a woman who wants to stop progress.

Not a woman who hates men.

Not someone who has no sense of humor.

But I am someone who actually cares.

So when I see stuff like this, I despair.

How did it come to this?

When I covered start-ups starting back in 1996, I remember being shocked by the blatant sexism. No, I’m not talking about everyone—but definitely, definitively most. It was clear that this was a man’s world. Women could come, but only if they followed dude rules. It was only cool if you could roll with the bros.

It was the beginning of the dot-com boom and I thought, well, it’s a new industry born of the male-dominated tech world. It’ll change.

These events are not random. This kind of stuff and a lot worse happens all the time behind closed doors. The fact that they played out in public? It’s a sign of the times: that entitled, frat bro-culture has become not just tolerable in many circles, but even acceptable. Even kind of “fun.”

However, maybe—just maybe—these events will become a tipping point. Because people are complaining. That CTO was fired. TechCrunch apologized for the panels.

It’s a start. Naming a problem is the beginning. I’ve talked with a lot of women in the tech world about this; almost universally they can tell me stories about feeling excluded in all kinds of ways that maybe men don’t even notice: gatherings where only guys are invited; CEO’s using language like “brogramming”; and mostly, being passed up for promotions or being shut down. If they call out the behavior they’re told they’re “too sensitive.” But of course, they don’t want to complain out loud. Because guess what happens? They get shunned. Or they get fired. Both.

No one has a magic bullet solution yet; I certainly don’t. Like a lot of hard things in life, there is no magic button. There’s no app. There’s no magical Binder full of Women. We definitely can’t have it all. Instead, like most things in life, the solution lies in making gradual, macro and micro changes: encouraging girls to take science and engineering; mentoring women; funding companies. But here’s the best and the easiest one: watching our behavior.

“Boys will be boys” is fine when you’re alone in your own homes. But bros? The next time you want to hire a brogrammer or ask your coworker out for a browski, please think again about what you’re saying. It may seem harmless. But it isn’t. It sends a message.

Let’s hope that the next time a CEO hires, he’ll look beyond his own personal network. Maybe he’ll open one of those binders of women. Maybe it’ll happen two or three times. And maybe when there are just about an equal number of women, those women will feel comfortable and accepted enough to tell the guys when they’re doing something that they don’t know is sexist, but really is.

Maybe when someone suggests an app that degrades women, one of them will stand up and say, “No way, bro.” And maybe the bros will do the same.

Janet Kornblum is a journalist and media trainer and unabashedly a feminist. She wants to hear from you.

Janet Kornblum is a San Francisco-based writer and media trainer who probably will accept your friend request.