Young mothers drink more energy drinks than any other group

Teenage males, not surprisingly, are next biggest consumers 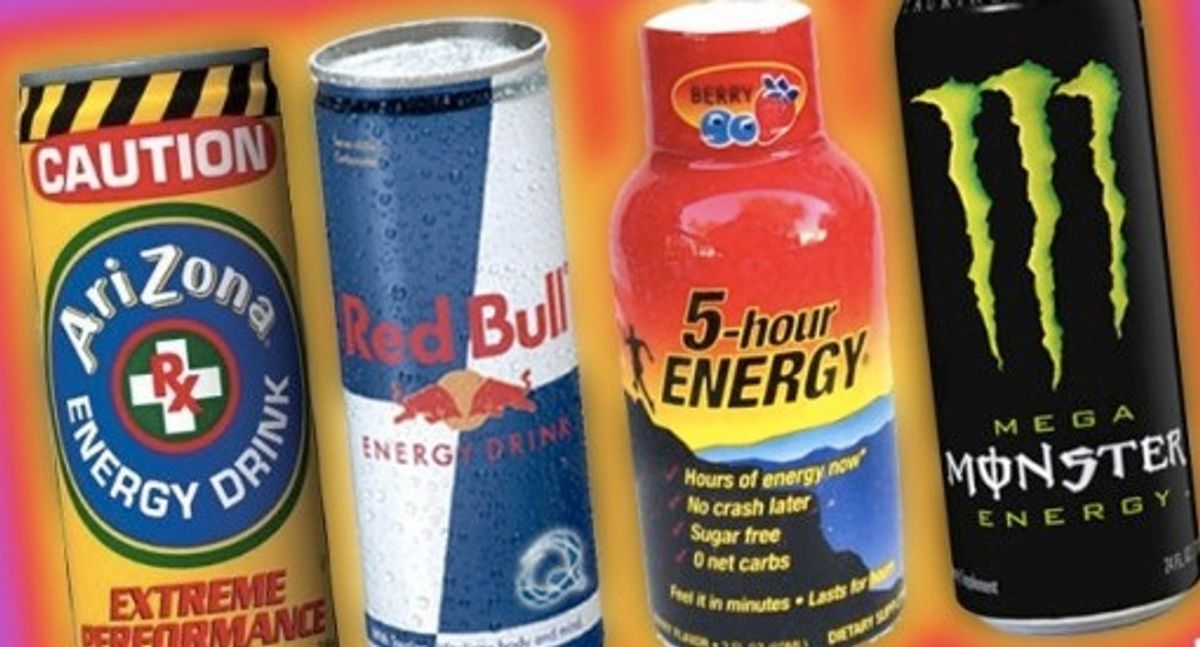 Sure, balancing diapers while also balancing a finance portfolio is pretty extreme, in and of itself. But we all know the true measure of XTREME: daily energy-drink consumption. And, well, moms just might be the most XTREME of all.

According to a recent Nielsen report, young busy moms are now competing against teenage males as the largest consumers of energy drinks. Their purchasing index is greater than “young transitionals” and “independent singles,” and their habit, the report says, is to slurp one down as a “quick afternoon ‘pick-me-up’ before the kids come home from school.” And who can blame them? Four in 10 working mothers with children under the age of 18 report that they always feel rushed, while 86 percent of mothers surveyed say that they experience daily stress. If energy drinks market themselves as the solution to a haggard day, why not go for it? Or at least, go for it in secret: The majority of mothers surveyed drink their energy drinks on the sly, “concealed in the pantry.”

While most energy drinks come with a hyper-masculine image, a few companies are adapting for their growing audience. 5-hour ENERGY, for example, has promoted a pink-lemonade flavor with sales that go toward the Avon Foundation Breast Cancer Crusade. Amp advertises itself as the boost you need for “your kid’s after-school recital.” Nielsen credits Monster Energy’s Zero Ultra as advertising to women through “feminine design elements,” which, I guess, is referring to the fact the can is white instead of black? So you know, very womanly.

Still, no energy drinks, as the report notes, have been created that moms will drink proudly in the open. A quick Google search of “women, energy drinks” shows it’s not for a lack of trying. There’s Go Girl, Pink, Damzl Fuel, and Her. There’s COUGAR, which besides being “great for hair, skin, and nails” promises to maintain hormone levels and increase “her natural libido.” And if COUGAR is not for you, but you still want to burn 100 calories by “just sitting pretty,” you can always gulp down a Perfectly Petite.

So it appears that energy drinks are trying to tap into that million-dollar mom market, but they just haven’t been able to without relying on stereotypical advertising and the color pink. Which is not surprising, as stereotypes and energy drinks are no stranger to each other.

Feeding into gender stereotypes is already the marketing strategy of most energy drinks (scratch that—most products), so it’s unsurprising that these are sold to women as elixirs of beauty. But wouldn’t a universally appealing neutral design be the best economic solution to tapping in to both male and female markets? Red Bull appears to be the only brand remotely going for this approach, and it’s currently number one in sales. There did appear to be some hope for demographic awareness when Coca-Cola announced its new energy drink called “Mother,” but no. Mother is not for mothers; it’s, as the name clearly suggests, designed for young men “with attitude.”