"The Facades": The opera singer vanishes 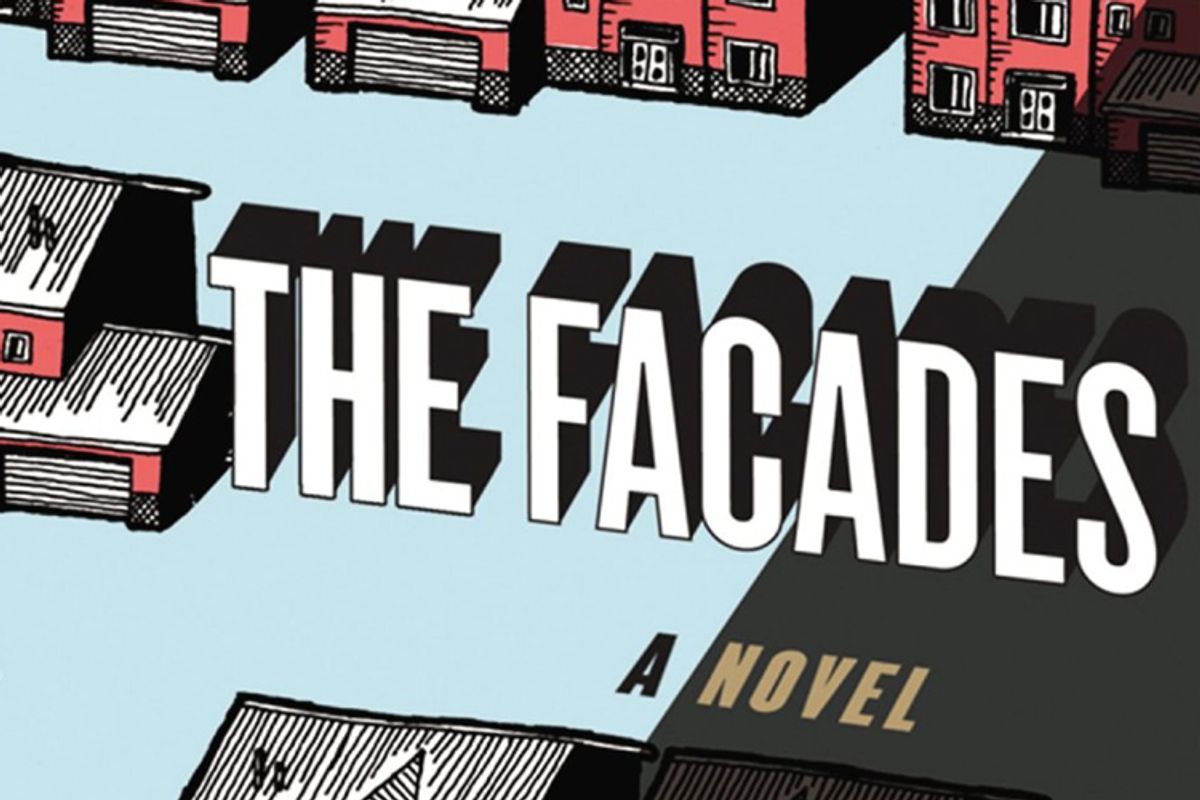 "The Facades," Eric Lundgren's eccentric, droll and immensely charming little novel, had me by its second page. That's when the narrator, Sven Norberg, a nebbishy legal clerk who haunts the streets of a hollowed-out Midwestern city looking for his vanished wife, Molly, drops by the police station to file a missing-persons report. The detective, McCready, has a framed photograph of Ludwig Wittgenstein on his desk, inscribed with a witty inversion of one of the Austrian philosopher's most famous dicta: "THE CASE IS EVERYTHING THAT IS THE WORLD."

The novel takes place in Trude, a melancholy town, "which they used to call halfway to everywhere, which is to say nowhere -- stranded in the long and level void between the two coasts." But Trude both is and isn't your average forsaken flyover burg. Its residents are passionate about opera, which is why Molly, an extraordinary mezzo-soprano who stepped out of rehearsal one evening never to return, was a local celebrity. Furthermore, Trude's civic culture seems oddly saturated in the aesthetics of fin de siècle Middle Europe. Its a place where Halloween festivities include "an all-night recreation of the masked ball from Schnitzler's 'Traumnovelle,'" and where the newspaper's arts critic says things like "I am a body through which the language passes."

Trude's principle landmarks consist of the works of architect Karl Bernhard, who feuded with the city's "infamous" zoning board while building the Ringstrasse shopping mall. This facility is formed in the shape of a spiral with the anchor department stores on the outside circles and the shops becoming more peculiar as you walk inward. There's a store called "Little=Cute" and one selling "soap shaped like celebrity torsos, a mapmaker peddling joke globes and plots of cities that didn't exist, one that sold defective merchandise and another that offered only models or reproductions of other commodities." At the center is a hedge maze that reputedly conceals a mystery, yet unsolved. A souvenir stand outside the maze sells T-shirts reading "TRUDE: WE TRIED."

To say that "The Facades" is about failure would make the novel sound gloomier than it is. Certainly Sven himself is as glum as you expect a fellow named Sven to be. He had never been able to understand why the beautiful, talented Molly wanted to be with him, and now that he's lost her, his unworthiness confirmed, he seems likely to lose his sullen teenage son Kyle, as well. But Trude itself is so delightful a concoction that Sven's mopiness doesn't drag things down. Rather, he makes the ideal guide to a place whose appeal lies in its genteel obsolescence.

Take Bernhard's other architectural jewel, the Traumhaus, a sanitarium where Sven's mother is lucky enough to reside. Lucky because everyone in Trude seems eager to get into the place; the highly selective admission process involves submitting one's memoir. "If your memoir is disturbing enough," Bernhard explained when establishing the place, "we will open a room for you here, where you can live in your dream. As long as you continue to trouble us, you can live here in peace." The rooms, named after German-language modernist writers, are surmounted by the fabled Schreber suite, "an abode of 'unfathomable beauty,'" one inmate informs Sven, "although this was hearsay, because no one had ever been to the fourth floor; there was not even a button for it on the elevators." No one knows who lives there, either: "Only one thing is certain," the woman explains. "This writer has found a language of maximum power, compression and elegance, which we are all trying to emulate in our memoirs, although we inevitably fail."

Although Sven's own application to the Traumhaus has been inexplicably denied, he fits right in with Trude's soulful malaise. Not everyone else does, however, including the city's new mayor, "a decorated veteran and an ex-pro wrestler who had sparred with the likes of Jerome the Jackal and the Non-Amigo." The mayor's determination to utterly defund the city's library system (a "soft and socialist institution") has led to an armed standoff at the Central Library, with the police blockading the streets outside and gray-haired librarians standing guard at the door: "Their dignity was immense. They wore Hush Puppies. They held shotguns." On the home front, Kyle bridles when his father gives him Camus' "The Fall" and a handful of "existentialist classics" for his birthday, retorting, "I know you think life is pointless, but why do you want me to think it's pointless too?" Instead, the boy becomes involved with an evangelical church planning to erect three titanic crosses on a hill outside of town.

You can read "The Facades" as a Paul Auster-ish metanoir or as a travelogue of the sort of surreal city described in Italo Calvino's ravishing postmodern masterpiece "Invisible Cities" -- Trude is, in fact, named after one of the cities in that book. I suppose you could even read it as a mystery novel or a tale of lost love. There were moments when I thought, "This is Lemony Snicket for grown-ups." Without a doubt, it is a book for readers, flush with literary references and hat tips; even the adult bookstore in the Ringstrasse (where lonely Sven obtains his copies of librarian porn like "Card Catalog Confidential" and "Indecent Reference") is called by the bibliophilic name the Bachelor's Library.

So it's possible to delight in Lundgren's creation in various ways without settling on a theory for what it all means. I have one, though, if you're interested. "The Facades" strikes me as a fond elegy for a certain uncongenial strain of high modernism, one that saw itself, to use the words of Bernhard, as "a clearer of rubble, a germane destroyer of old forms." Bernhard -- who is almost certainly named after the misanthropic Austrian writer Thomas Bernhard -- was "reluctant to install bathrooms in his buildings," and tucked them in stray corners as a reluctant afterthought. "The ideal building, for Bernhard," one character announces, "is always an empty one." Like Trude and other once-flourishing capitols of the industrial Midwest, this artistic school enjoyed a brief heyday, but now it has fallen into disuse and picturesque ruin. It has been abandoned in favor of banal uplift and bootstrapper propaganda, just as vibrant Molly has abandoned poor, drab Sven. It's a future that never quite took. Funny thing is, in defeat it has acquired an allure -- a nostalgic, endearing idiosyncrasy, perfectly captured by Lundgren -- that it never possessed in its triumph.