"If you'd stuck around, I would have happily shouted a few things of my own at you," the anonymous post says 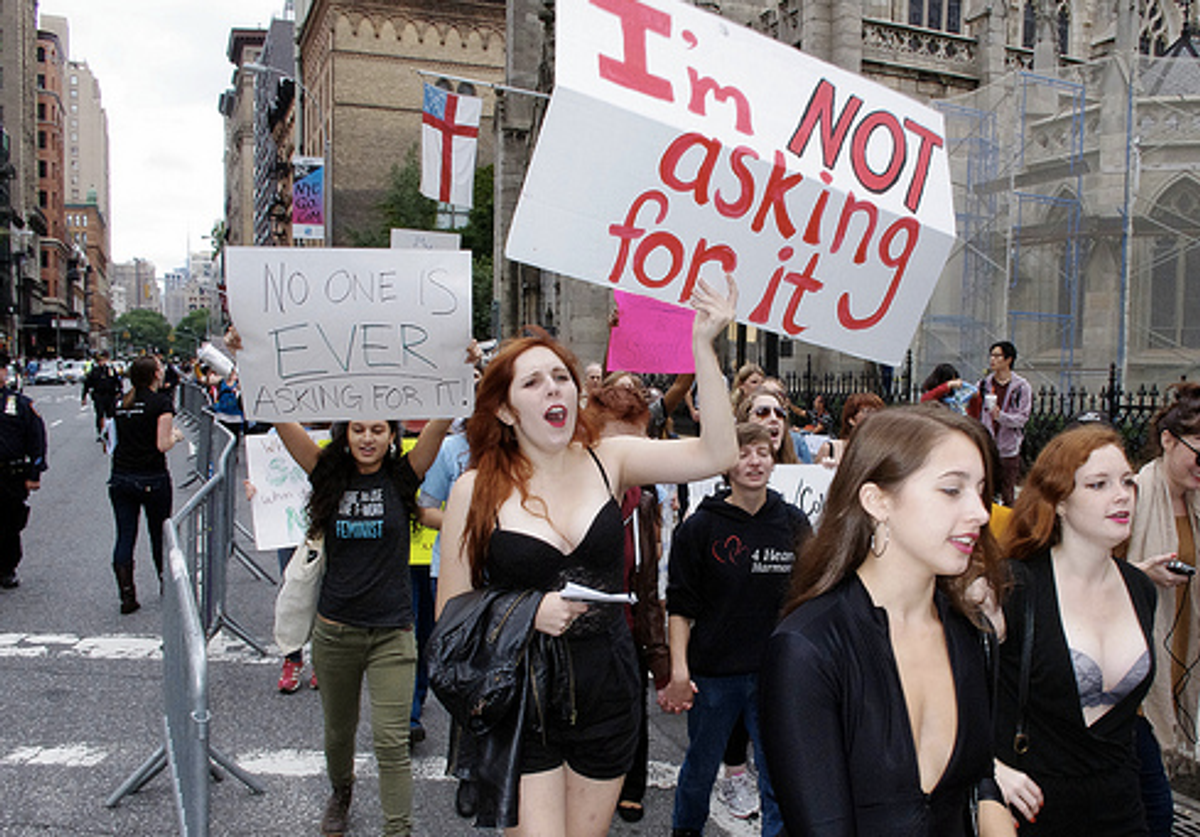 One of the many frustrating things about being sexually harassed by random men on the street is that, often, by the time you figure out what you want to say to them in response (for me, it's usually some variation of, "May your dick stay shriveled like a frightened turtle for all eternity!"), they're already long gone.

Which is why this Craigslist "Missed Connections" posted by a woman calling out her street harasser -- who drove off after making leering, unwelcome comments about her body -- is so, so satisfying.

A few choice excerpts below:

Me, minding my own business. You, apparently observing my ass. At that point you had options. You could have driven past me and said nothing. You could have turned up your radio and waved, ensconcing us in some beats and camaraderie. You could have shouted out, "Happy Friday! Yeehaw!" Any of those options would have been great. I probably would have waved, smiled, and started my weekend on the same high note as you.

Instead, you chose the most pathetic option available to you: You leaned out of your window and made some ridiculous series of leering comments about whether I was wearing a thong, right as the light changed and you peeled off, pleased with yourself and saved from any consequences.

If you'd stuck around, I would have happily shouted a few things of my own at you: that it's people like you that make women avoid walking alone or taking transit even in broad daylight in their own cities; that no matter what screwed up metric you use it's not a "compliment" to have someone interrogate me about my underwear; that thanks to you I would spend the entire train ride home feeling scrutinized and gross because you didn't have the willpower or maturity to keep your mouth shut; that your wife and daughters or at the very least your mother deserve better than a cowardly man who shouts at women from the safety of his car.

Let me make this abundantly clear, to you and to the other men reading this: when you comment on a woman's appearance, you are not doing it for her. You are doing it for you. It's not some great way to make a woman feel sexy and appreciated. It's not flattery, even if you mean for it to be. The only thing it is is a great way for you to create a shitty power dynamic, by which you have announced yourself as the arbiter of her value, and you've deemed her fuckable, and she is supposed to be happy or impressed by that.