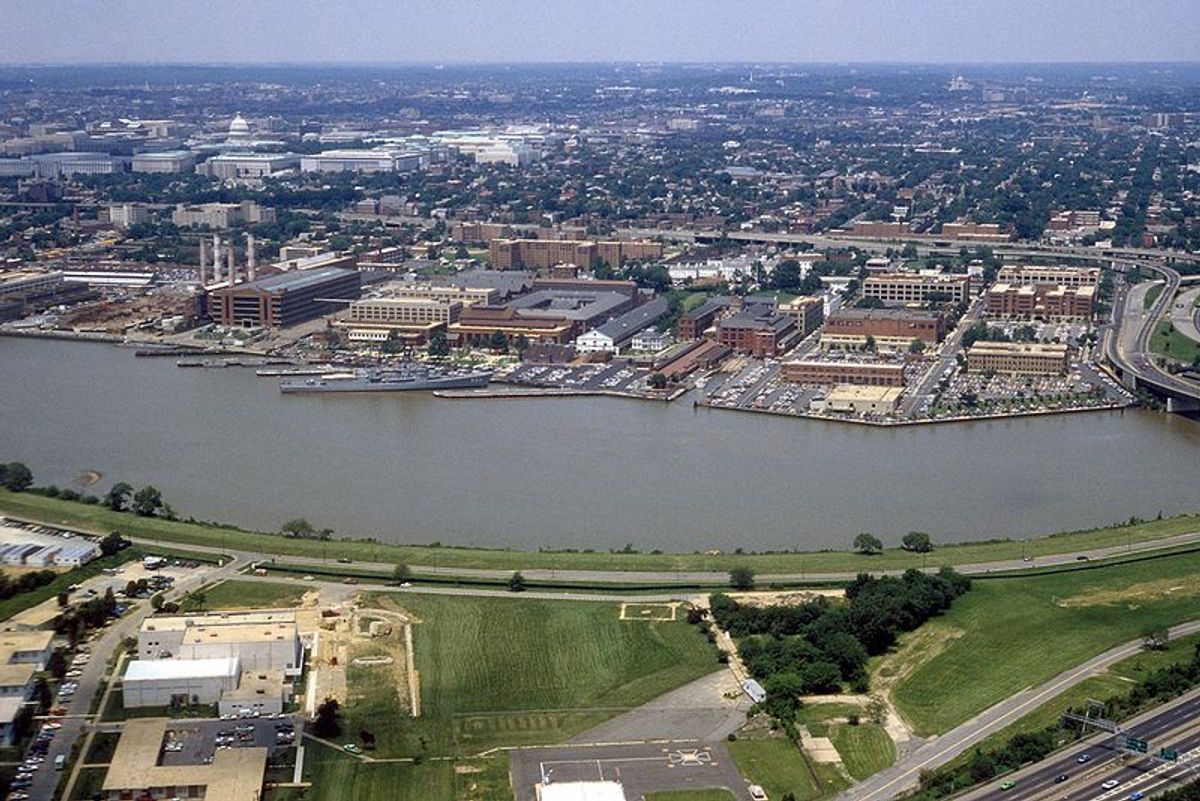 Updated, 12:34 p.m. EST: D.C. police have stressed that the death and injury toll is still unconfirmed, but a number of sources are reporting that six people are dead in the shooting.

Updated, 12:12 p.m. EST: D.C. Mayor Vincent Gray is giving a press conference with the D.C. police chief. He stresses that the investigation into the morning's events is ongoing.

The police chief sums up the incident: Right now, one police officer was shot in engagement with a shooter, who is deceased.

"We potentially have two other shooters... this is not confirmed," the police chief said. The individuals are reportedly wearing military-style uniforms. "The investigation is still very active," she said.

Updated, 11:46 a.m. EST: Latest reports state there was in fact just one shooter. According to law enforcement sources, the gunman -- now dead -- carried a double-barreled shotgun and seemed to be aiming at specific targets.

Updated, 10:35 a.m. EST: NBC's local affiliate is reporting that four people have been shot dead. It is believed that at least two shooters were involved, with one in custody.

Original: Police in D.C. are hunting for a reportedly active gunman with multiple weapons, following a shooting at the Washington Navy Yard that left several people injured, including a naval security guard.

New outlets are reporting that the shooter -- as yet unidenitified -- has barricaded himself in a particular room in the the Naval Sea Systems Command Headquarters building, where around 3,000 people work. SWAT teams are on site and no deaths have been reported, while a "shelter in place" order has been issued at the Navy Yard.