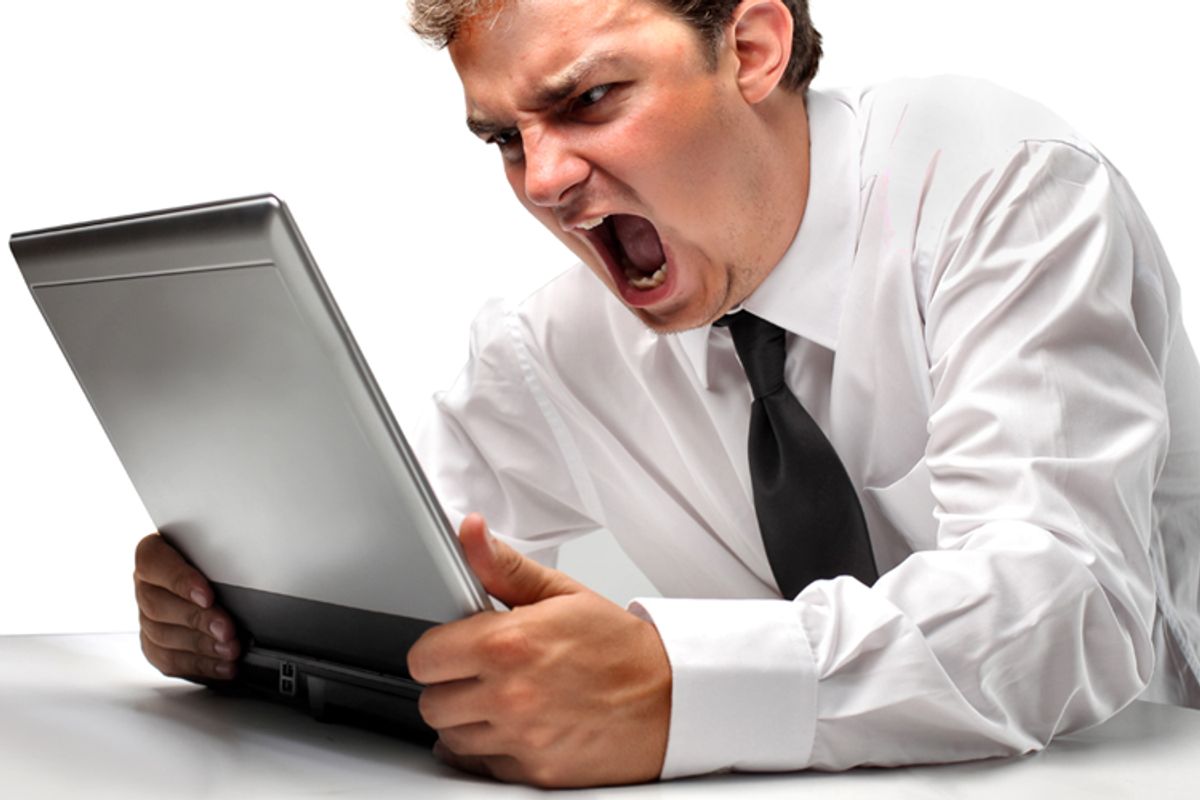 Ranting and raving online sells. Or at least, it spreads faster than other emotions. Such are the conclusions of four Chinese researchers who studied millions of tweets on the Sina Weibo, the Chinese version of Twitter, and discovered that angry tweets propagated much more quickly than sad, joyous or disgusted tweets.

The news was picked up Monday morning by Technology Review and the Washington Post. The Chinese researchers say that their research results were non-intuitive, and Technology Review, surprisingly, also expressed the viewpoint that the news that anger came out on top was "surprising." But at the Washington Post, Brian Fung recognized that "if you've spent any time at all reading U.S.-based comment threads, digital rage should sound like a familiar idea." Yes, anyone with any experience on the Internet figured out a long time ago that it is an angry place.

And there's no question that in China, there's a lot to be angry about. The researchers cite problems "like food security, government bribery and demolition for resettlement" as particularly enraging, and specifically called out a scandal in which  "shrimp washing powder"  supposedly caused muscle degeneration. Foreign affairs, especially any conflict involving Japan, also routinely result in online "contagion."

But the most intriguing part of the study, which might perhaps be worth raising an angry Internet mob to scream and shout about, was the explanation by the study's authors on why the research findings would be useful. Understanding how anger propagates would help with "abnormal event detection or emergency spread tracking."

That's a little ominous. Sina Weibo is one of the few forums in China where ordinary citizens can actually express anger at their government. And even there, keywords that reflect the hot-button topics of the day are frequently blocked by government censors. And who, besides curious academics, would we expect to be most concerned with "abnormal event detection" or "emergency spread tracking"?

The sooner authorities figure out how anger propagates, the quicker they can squelch it. Just another reason to get riled up.