The latest evidence the Internet has no working business model: A DIY Wi-Fi router blocks ads to all your devices 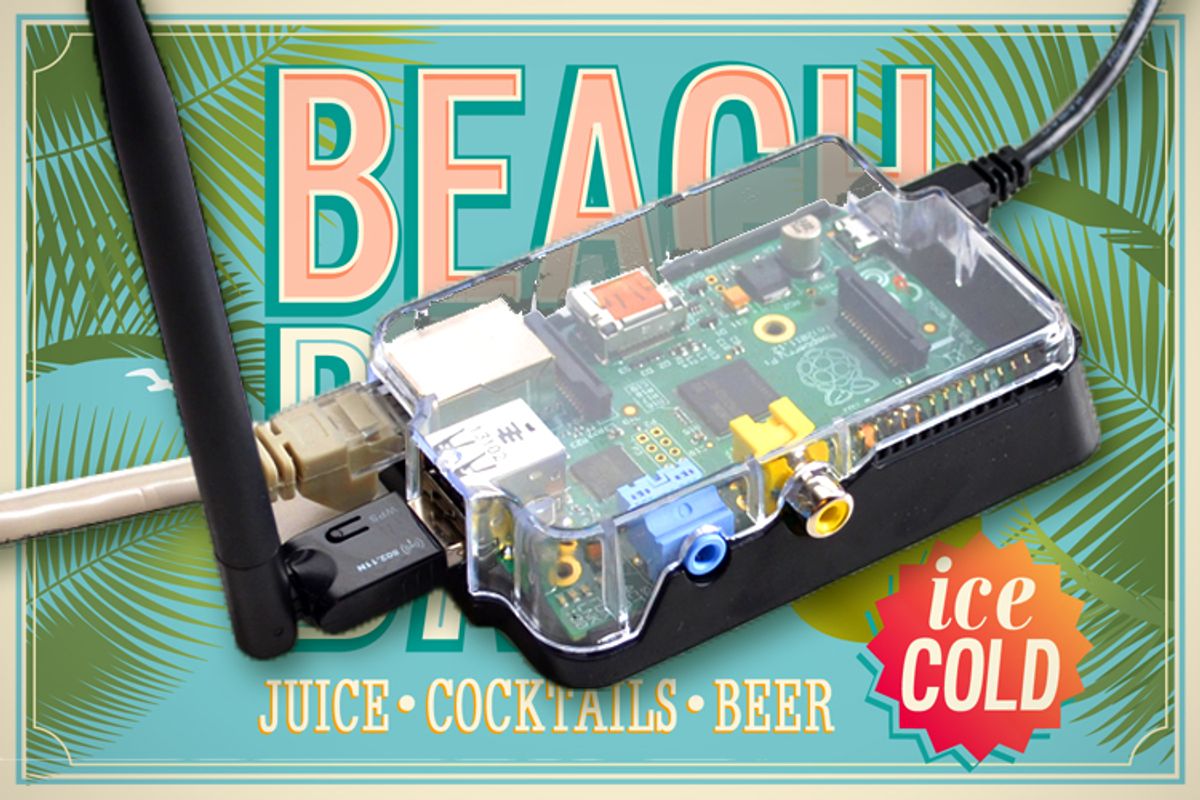 The latest: Slashdot reports on a tutorial at Adafruit with instructions on how to turn a Raspberry Pi computer into an ad-blocking Wi-Fi router.

Rasperry Pis are super-cheap bare-bones computers designed to be used by anybody. They're really neat. But only the seriously technically proficient will be able to take advantage of this tutorial. In comparison to installing AdBlock Plus as an extension on your Firefox browser, setting up the Raspberry Pi Wi-Fi router ad blocker is like erecting the Giza pyramid instead of a lean-to hut.  Orders of magnitude, etc., etc.

Still, the attraction is obvious. If you block ad servers at the router (the scheme involves the router regularly downloading a constantly updated list of ad servers on the Internet and blocking anything originating from those servers), you can prevent ads from appearing, theoretically, on any downstream gizmo -- "Android or iOS device, your Xbox 360, TiVo, laptop," and so on.

The tutorial suggests "Using an ad-blocker can be useful for conserving bandwidth, helping out low-power devices, or for keeping your sanity while browsing the web!" There is no mention of any potential negative consequences, such as undermining the basic advertising-supports-free-services-and-content-on-the-Internet business model.

Cue the usual "debate" in which one faction points out that ads are funding much of the (commercial) Web, and if you suppress them, you won't have all that Free Content. Meanwhile another fraction is pointing out the huge waste of bandwidth and human time soaked up by all those annoying ads. And yet another faction takes the "Can't we all just get along" approach, by suggesting that the commercial folks should make their ads less annoying so that people don't suppress them.

Yeah, we've heard it all before, we'll hear it all again, and nothing much will change.

Ah, the world weariness of the ad-blocking Internet commenter! It is true, the debate over the intersection of technology and advertising is an old one, predating even the Internet. But it also seems to be an extraordinarily vibrant one, if the buzz over my previous coverage of ad blocking is any judge (front page of Reddit, etc.). That vibrancy, I think, is because, despite the familiarity of the debate, the underlying tension is as yet unresolved. The Internet does not have a working business model. Until it does, sparks will continue to fly over every new ad-blocking technology, and every new counter-measure designed to block the ad blockers.