Was America ever exceptional?

This country suffers because we can't distinguish between strength and power 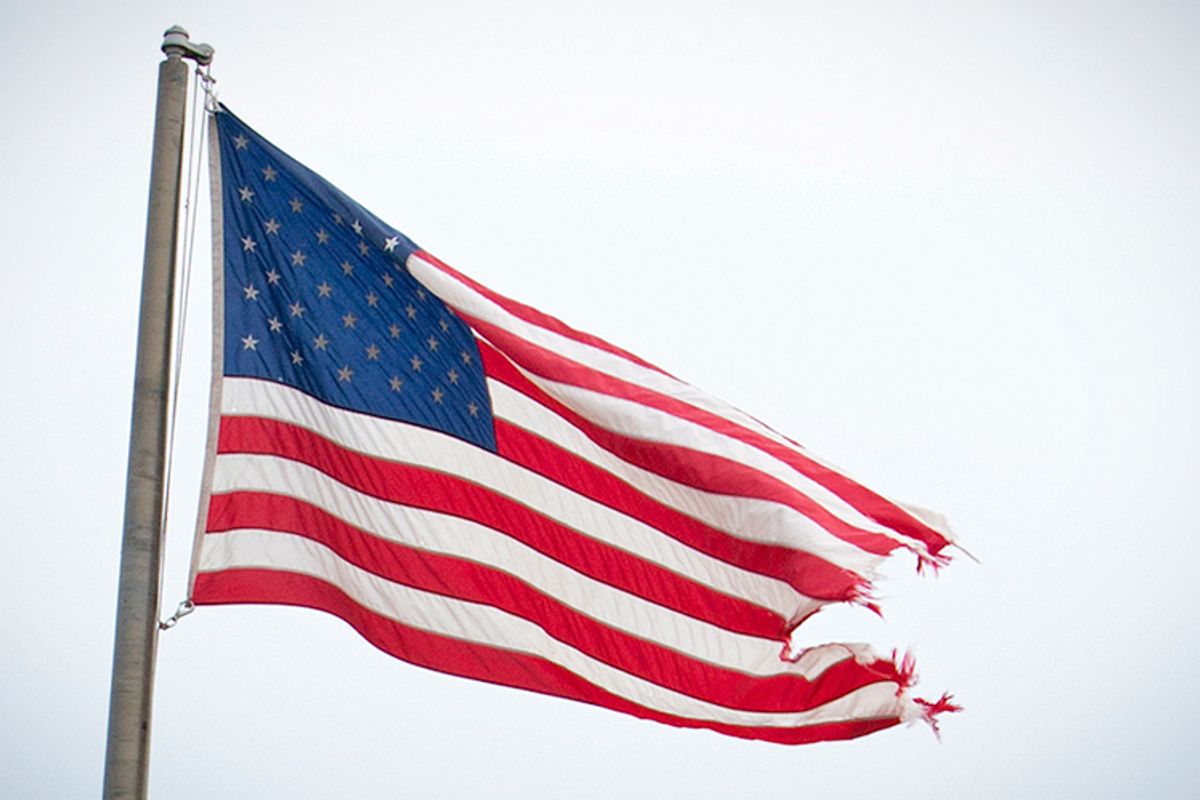 Either way, for well over a century, Americans were indeed able to reside outside of history – or at least pretend they did. But it is key to understand that this entire period, paradoxically, was no more than a circumstance of history.

How the American penchant for clinging to exceptionalism even today actually hurts our nation becomes visible if one examines the most crucial distinction for any large nation – the distinction between a strong nation and one that is merely powerful.

Power is a material capability. It is a possession with no intrinsic vitality of its own. It has to do with method, as opposed to purpose or ideals. It refers to sheer means, and the deployment thereof. Power tends to discourage authentic reflection and considered thought, and, curiously, produces a certain weakness in those who have it.

Living at distances and a crisis of belief

In the U.S. case, this weakness is heightened by the fact that we live in distance from others. This leads to an inability to see and understand others and unwillingness to tolerate differences.

This power-mindedness also induces a crisis of belief. Over time, a truly bizarre development takes shape. While the powerful country’s faith in itself quivers, its own faith in its power and prerogative increases.

In power, Americans found an especially compelling temptation when it began to accrue to them. It was the temptation of certainty without anxiety. It seemed, from the Spanish war onward, within America’s grasp to leave behind its old apprehensions at last.

The 20th century became the century of power because Americans became ever more reliant upon power alone as its years and decades went by. When power functions by itself, means and ends are inevitably confused.

Strength is who one is

Despite all this, it is actually not difficult to understand the distinction between a powerful nation and a strong one. Strength derives from who one is. It is what a nation has made of itself by way of vision, desire and dedication. It has nothing to do with power as we customarily use this term.

Another paradox: Power renders one vulnerable to defeat or failure – and therefore to fear. Strength renders one not invulnerable — no one ever is — but able to recover from one’s defeats and failures. The history of the last century bears out these distinctions very clearly.

A strong nation, then, is institutionally stable. It is democratic in more than merely form. It is not freighted with secrets and secret histories. It operates based on the authentic, informed accord of its people, without coercion or manipulation.

In a strong nation, there also is an evident degree of assent even amid a healthy measure of complaint. Neither the place of the individual nor the prerogative of government is exaggerated. Decisions are made thoughtfully and without emotion – but, perhaps, for sympathy and empathy.

As a result of all this, power is exercised sparingly — and is not held in particularly high regard. It certainly is no fetish. Most of all, a strong nation is capable of self-examination – and of change.

Editor’s note: This essay is adapted from Time No Longer by Patrick Smith (Yale, 2013). Published by arrangement with the publisher. Copyright © 2013 by Yale University Press.