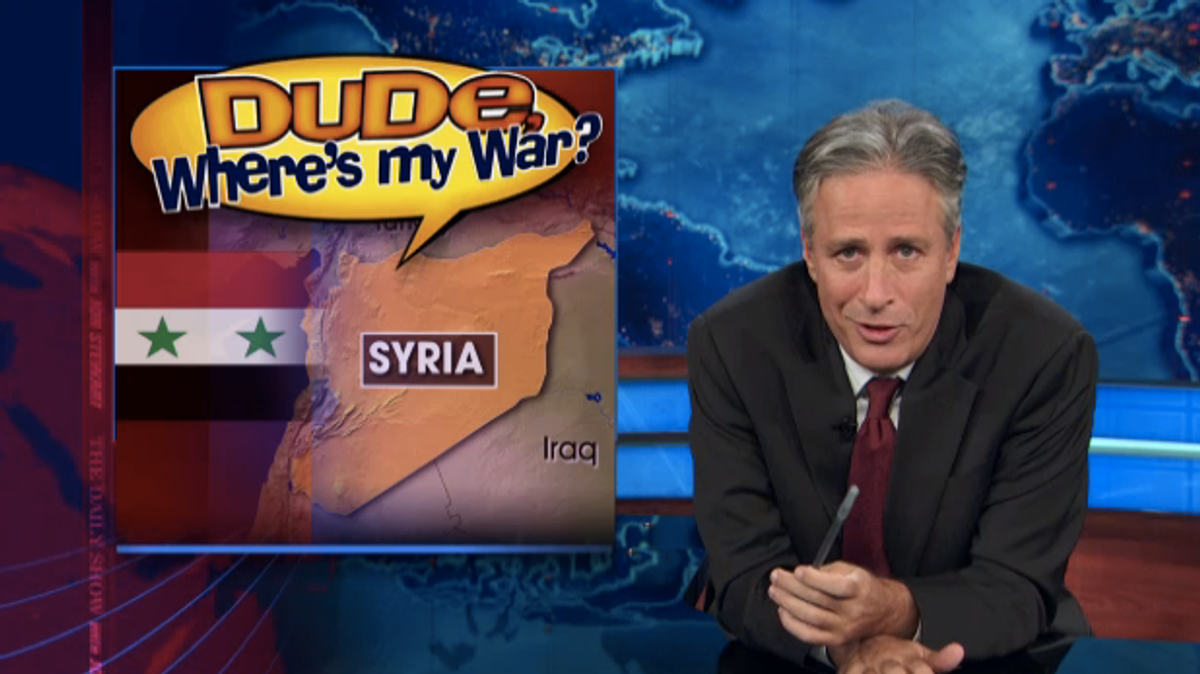 On Saturday, mounting tension over the likelihood of an air strike against Syria eased significantly, as the U.S. and Russia reached a rare diplomatic agreement to bring Syrian chemical weapons under international control.

But, as Jon Stewart points out, not everyone is pleased with this outcome, with hawkish politicians and pundits describing the agreement as a "fiasco" and "a loser." They are worried that military force is now "off the table."