The homophobic writer, now a board member of UNC-TV, in May compared President Obama to Adolf Hitler 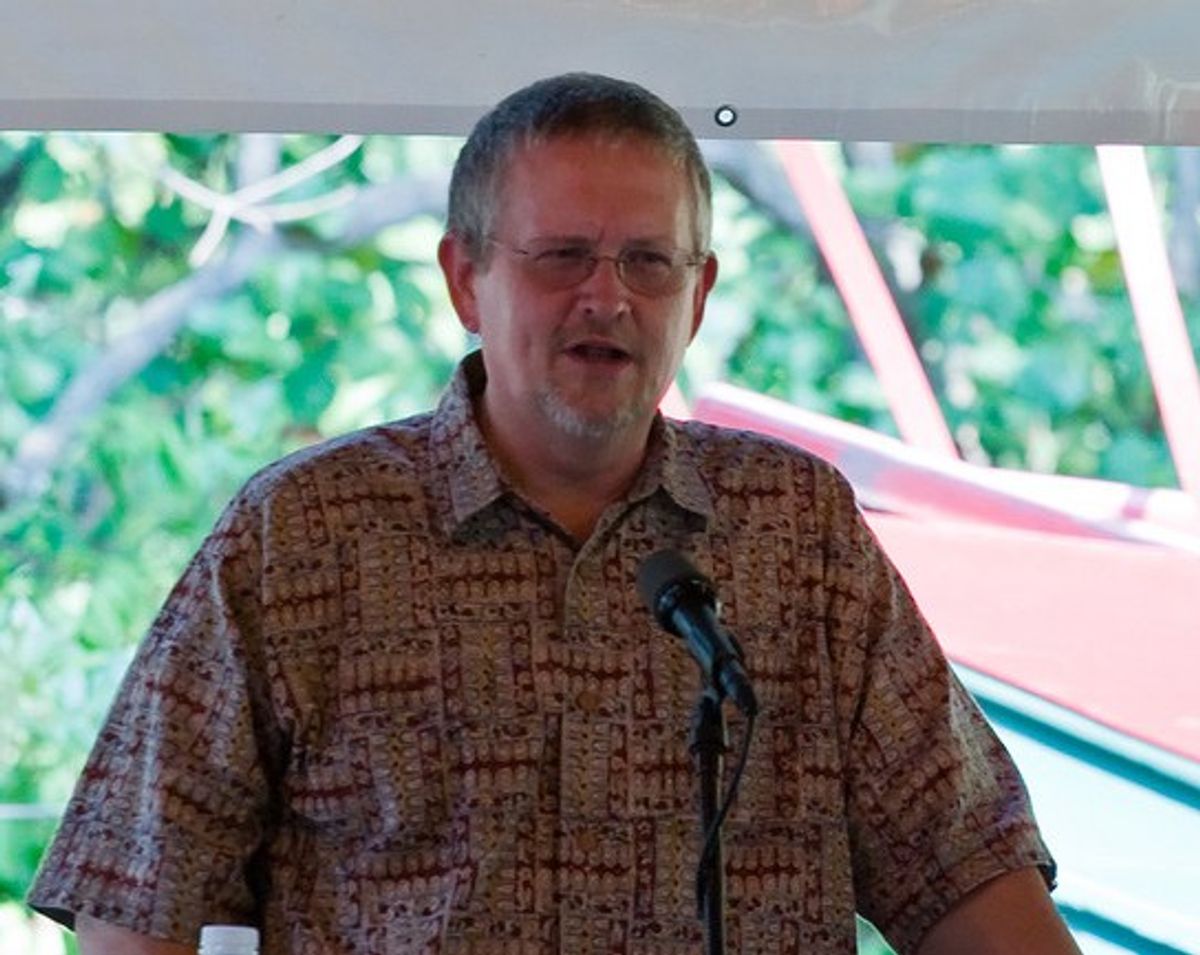 A "silly thought experiment" has made "Ender's Game" author and homophobe Orson Scott Card very unpopular in his new position as a board member of the University of North Carolina public television, reports The Huffington Post.

Responding to a column Card wrote in May, in which he compared President Obama to Adolf Hitler, Progress North Carolina Action has launched an online petition for Card's removal from the two-year term advisory role:

Last week, Sen. Phil Berger appointed a guy to the UNC -TV Board of Trustees who compared President Obama to Hitler. Just four months ago, Orson Scott Card, a writer from Greensboro, wrote, "Like Hitler, he [Obama] needs a powerful domestic army to terrify any opposition that might arise."

Can you believe it? This guy who compares the President of the United States to Adolf Hitler is about to help oversee North Carolina's public television station. This is unacceptable and we need to let Sen. Berger know it.

Card's bizarre op-ed, originally published by a local paper and republished in The Ornery American, called President Obama "by character and preference, a dictator."

Citing his credentials as a science fiction writer, Card attempted to "predict how American democracy ends" (hint: with Barack Obama). He then spun a scenario to show how, "like Augustus Caesar, Napoleon Bonaparte, Adolph [sic] Hitler, and Vladimir Putin, Barack Obama could become lifetime dictator without any serious internal opposition."

Card responded to the controversy last week, telling the University of North Carolina's Daily Tar Heel that his political opinions are "within the mainstream of political thought in North Carolina.”

“When people see what I’ve actually wrote, they will realize my views have been deliberately misrepresented in order to punish me for being on the wrong side of certain political issues," he said.