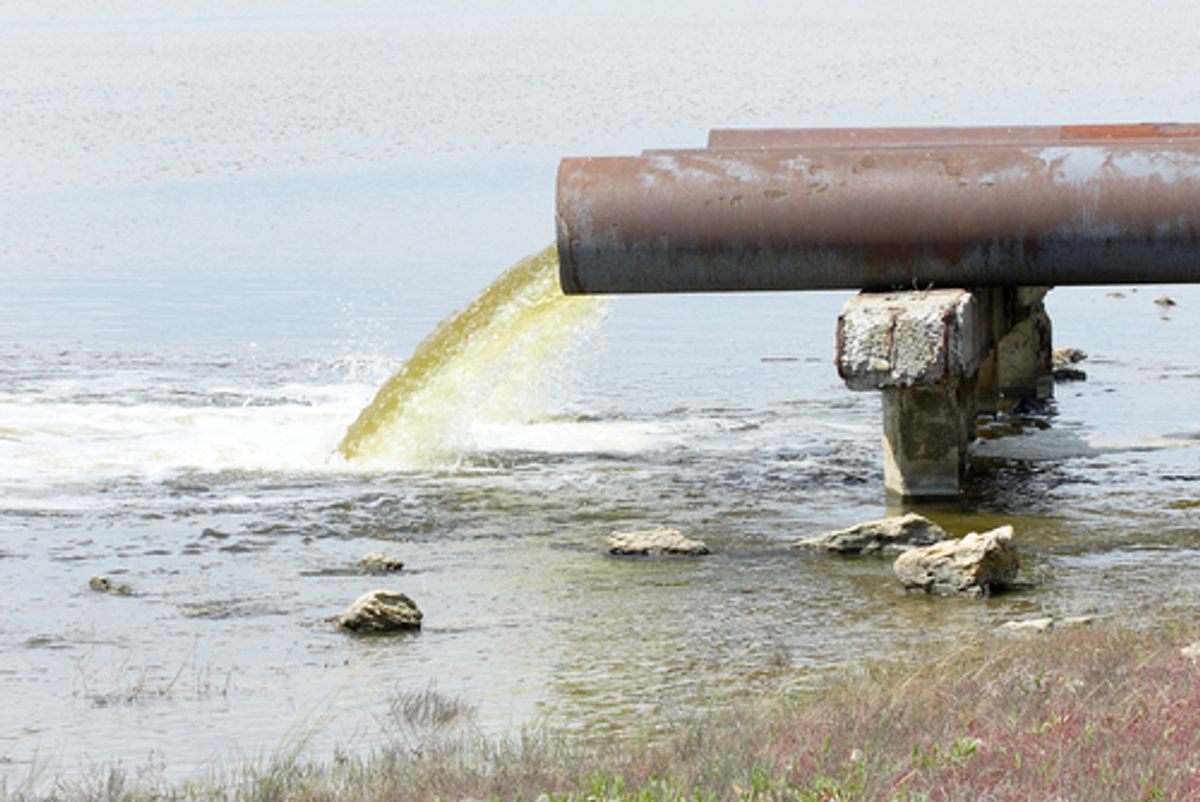 It's now possible to generate electricity from raw sewage, Stanford University researchers report. About the size of a D-cell, their prototype "microbial battery" is attached to two electrodes. The simple circuit is completed -- and the battery powered -- when those electrodes are dipped into a bottle of plant and animal waste dissolved in water.

Science World Report explains that the research, published in the Proceedings of the National Academy of Scientists, relies on a type of bacteria found in organic waste:

Scientists have long known of the existence of exoelectrogenic microbes. These organisms evolved in airless environments and developed the ability to react with oxide minerals rather than breathe oxygen in order to convert organic nutrients into biological fuel. For years, researchers have tried to find ways to use these microbes as bio-generators, but making this an energy efficient method has proven to be difficult.

Here's how an exoelectrogenic microbe looks under an electron microscope:

By using carbon filaments, the researchers were able to capture and store extra energy produced by the microbes. Of all the potential energy currently locked in wastewater, their battery could tap about 30 percent.

Right now, the battery is very rudimentary. But if it's able to be developed cost-effectively on a large scale, the researchers envision it being used to power wastewater treatment plants or to help break down electric waste pollutants in natural bodies of water. It's as good a use for poop as I've ever heard.