The Science Guy made his debut on "Dancing with the Stars" 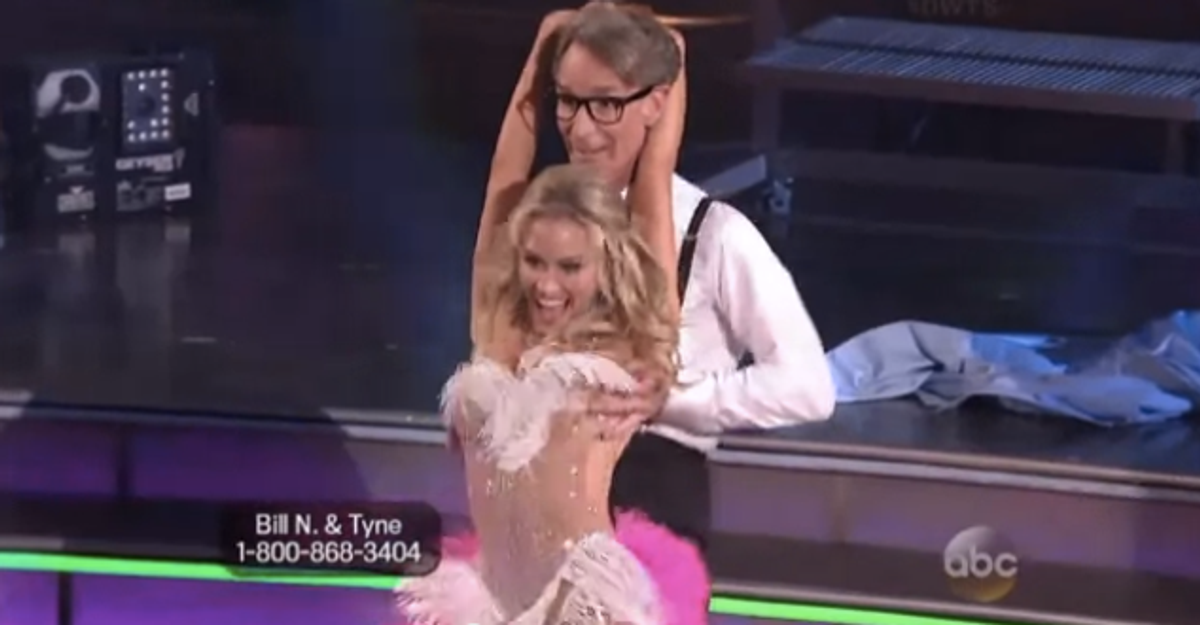 On Monday night, Bill Nye the Science Guy made his debut on "Dancing with the Stars" and it proved to be every bit as awesome as audiences had hoped it would be. In the promo clip, Nye presented dance partner Tyne Stecklein with a flower in an flask, explaining the difference between a flask and a beaker ("a flasque, has a neque [points to neck, points to flask]").

Awkwardness ensued when Nye then went out of his way to address some one-sided "sexual tension" he felt due to his partner being a "knockout."

Pushing the science puns to their absolute limit, Nye and Stecklein performed a cha-cha dance routine to "Weird Science" on a set decorated with enormous flasks of varying shapes and sizes. Nye appeared to be a mad scientist and Stecklein his patient, emerging from an operating table.

Though most who grew up with The Science Guy likely found the routine part bizarre and part delightful, the judges were not as impressed: "It was like being waxed. Painful while it happened and lovely when it was over," said head judge Len Goodman. "You're willing, but you're not that able."