Woman allegedly attacked roommate for listening to the Eagles 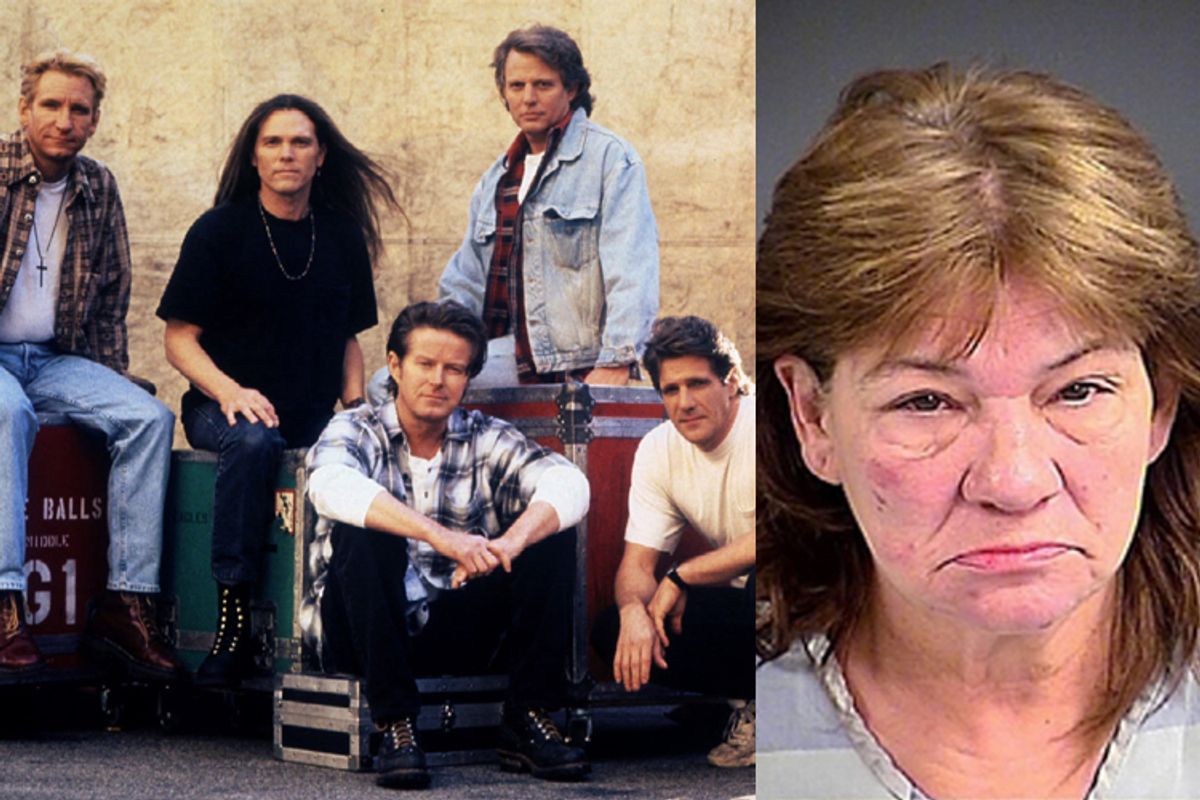 A 54-year-old South Carolina woman, Vernett Bader, has been arrested for assaulting her 64-year-old roommate after he refused to stop listening to one of the most indefensible bands around, the Eagles. Charleston paper Post and Courier reports that Bader was "charged with criminal domestic violence of a high and aggravated nature."

The wounded man told police that Bader grew angry with him while he was listening to the Eagles and watching television with his brother.

Bader told her roommate she didn’t want to listen to the band. He responded by telling her to shut up, the report states.

Bader grabbed a serrated knife from a kitchen drawer and swung it at the man, police said.

According to the police report, all three people were intoxicated. Bader's roommate has multiple stab wounds on his arm, hand and elbow.