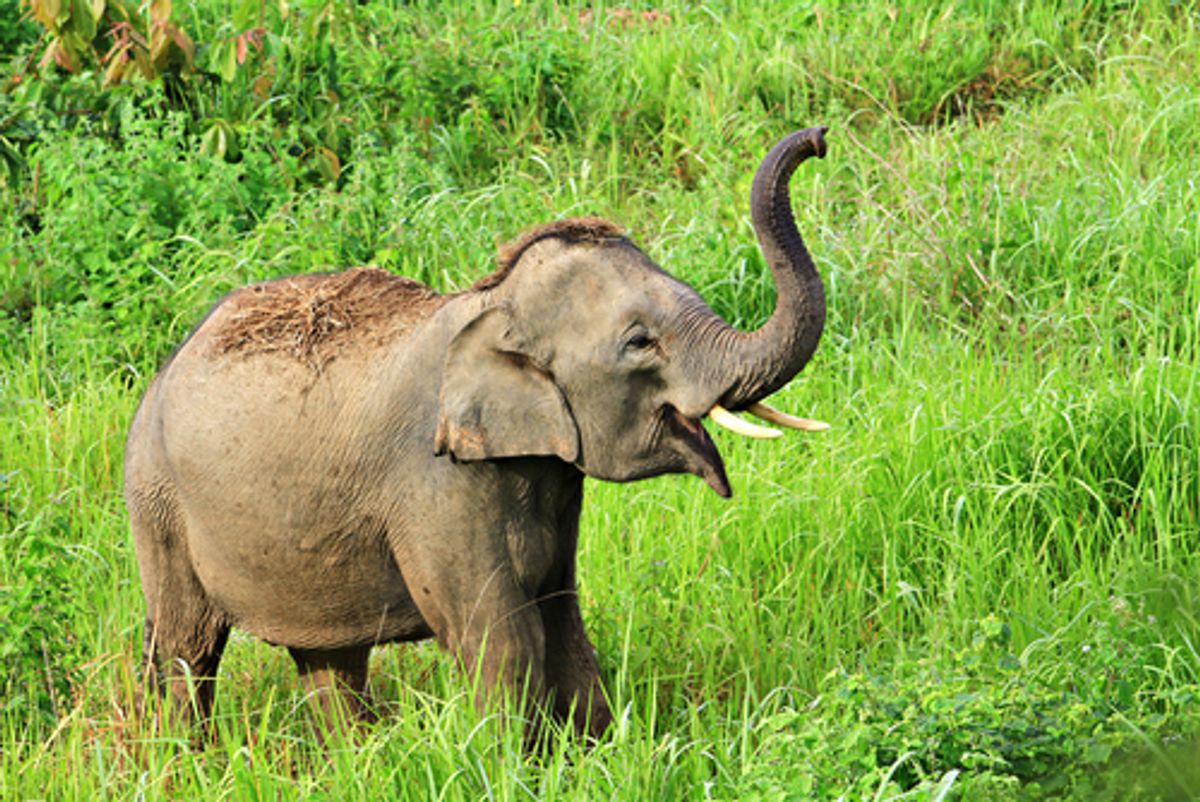 If you've ever had that experience where you thought you were biting into a delicious snack, and it turned out to be a chili pepper, you might have some sympathy for India's wild elephants.

But when you consider that the elephants kill about 400 Indians each year, along with destroying almost 1 million hectares of farmland, the new plan to plant chili peppers along their usual routes is pretty inspired. According to the Guardian, it was the best idea to come out of a brainstorming session held by the ministry of environment and forest.

It's also nicer than an alternative method used in Namibia: chili bombs. An official there explained that dried chilies are mixed with animal dung and set on fire. "When elephants are in the area (crop field etc), the bomb is lit up and as it smolders, the smoke has a very high choking effect that is not pleasant to elephants and humans. Elephants will move away and associate such an area with the unpleasant effect."

It's effective but risky, largely depending on wind direction. In India, the only challenge will be convincing farmers that it's worth their time and effort to plant less profitable crops. Experts also suggested capsicum, tobacco and oil seeds -- all things that elephants don't enjoy eating and aren't going to see coming.