Edward Snowden should be proud. The current showdown between tech companies and the government is his legacy 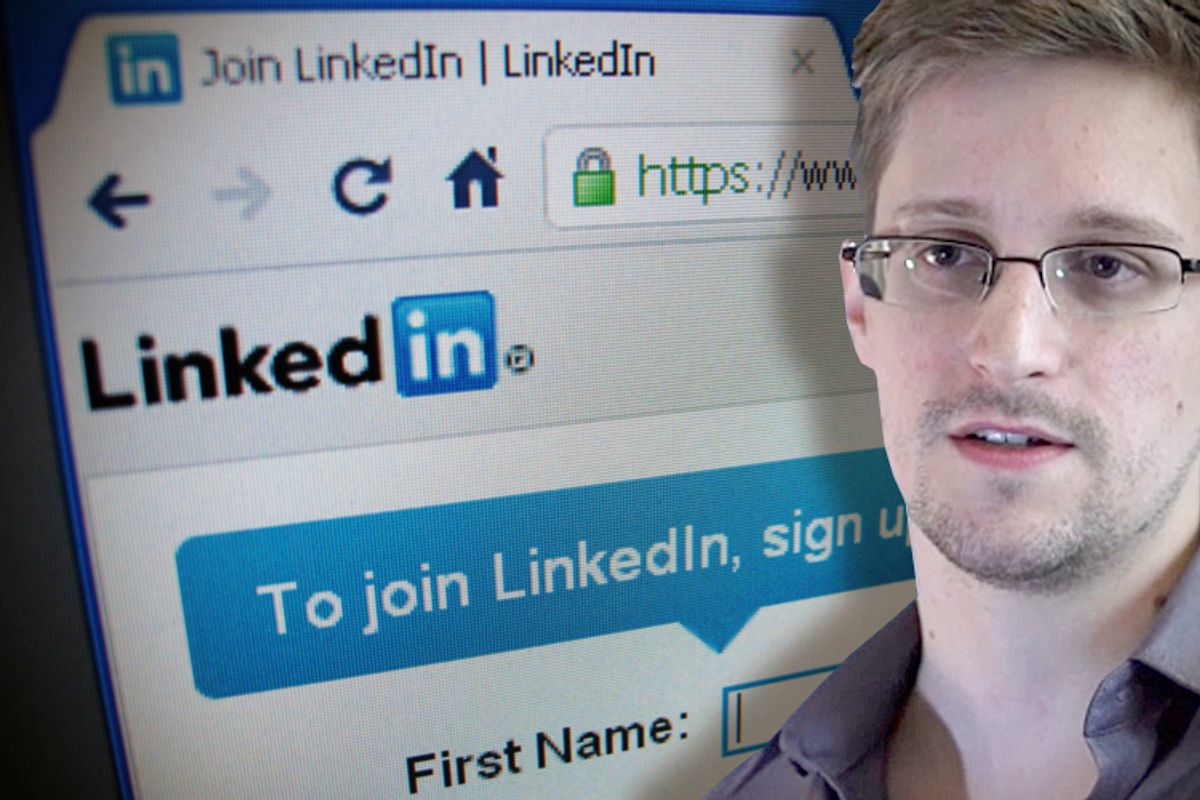 With a display of blistering gusto, LinkedIn has joined the short list of tech companies demanding that the U.S. government allow it to disclose the exact number of National Security Letters and FISA court requests for user data it receives each year. In filings with both the Foreign Intelligence Surveillance Court, and the United States Court of Appeals for the 9th Circuit, LinkedIn declared that the "government's restrictions on the information that LinkedIn can provide to its members and to the public lacks any support in the law and is inconsistent with the Constitution."

Media reports on the extent of the government's secret surveillance operations "have shaken the public's confidence in the privacy and security of personal information."

This potential erosion of user trust threatens the entire Internet and technology sector, which has been the economic bright spot in America’s struggling economy for the last several years....

This secretive environment and the information the government has shrouded also invites unfounded speculation that American Internet companies are part of expansive government surveillance activities. Such public misperception can have devastating effects on those companies’ reputations and can eviscerate the trust and transparency that they have worked so hard to develop with their users.

Civil libertarians were quick to applaud LinkedIn for joining "in the fight for meaningful transparency around government surveillance."

That might seem to be a strange line on which to pick a fight, but what's even stranger is that we wouldn't be seeing this showdown between government and Internet tech companies at all without the efforts of Edward Snowden. A real national debate over the propriety and acceptable limitations of U.S. government surveillance is taking place, and that's entirely due to the efforts of Snowden.

The Washington Post is reporting that former NSA boss Michael Hayden told a church audience on the weekend that Snowden is "morally arrogant to a tremendous degree" and will "probably end up like most of the rest of the defectors who went to the old Soviet Union: Isolated, bored, lonely, depressed -- and most of them ended up alcoholics." We'll have to see about that, but if I were Snowden, and I just spent the morning reading LinkedIn's court documents, I'd feel justifiably proud.