Why Mindy Kaling, a self-proclaimed conservative, has her character saying that gun waiting periods are onerous 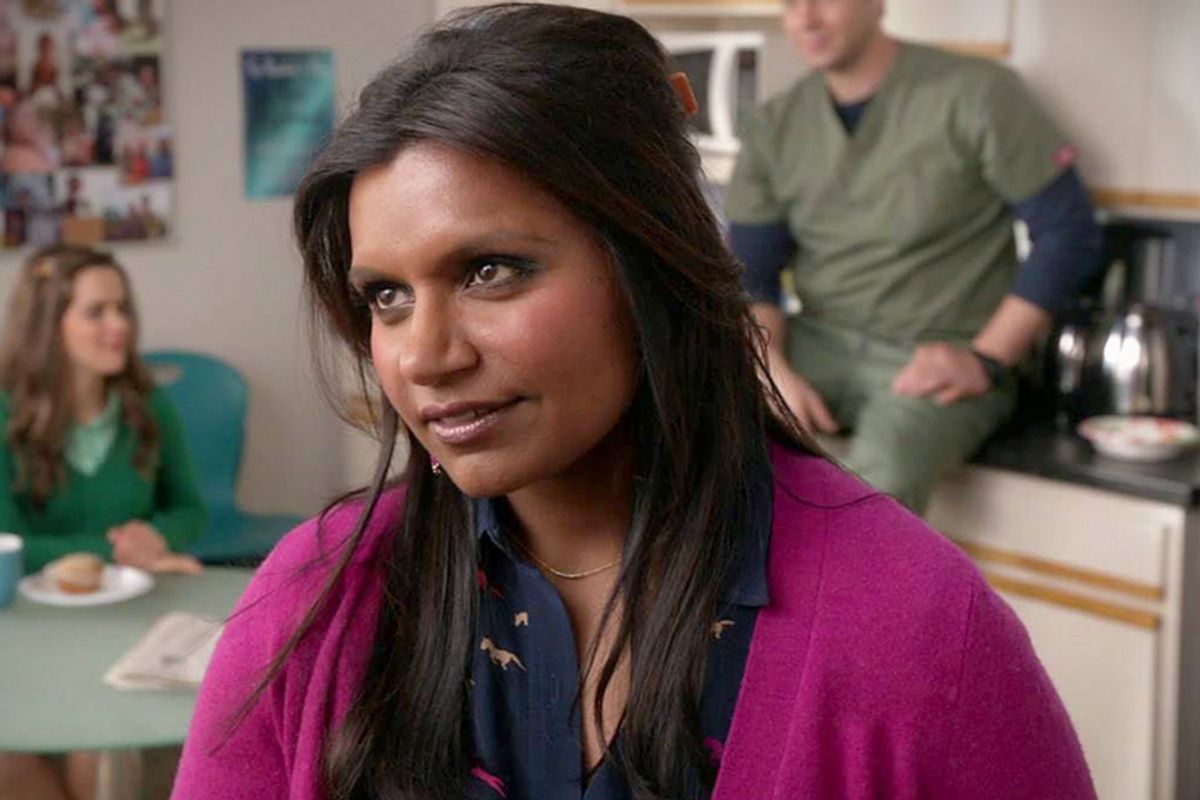 Mindy Kaling's conservatism is the sort of thing that comes as a surprise to those who presume all celebrities are dyed-in-the-wool liberals. Upon the 2012 debut of her sitcom "The Mindy Project," New York magazine quoted a former colleague: "She’s always talking about wanting to buy a gun, and I’m always like, ‘If you buy a gun you will kill yourself accidentally or you will harm another person. There’s no way you could own a gun successfully and responsibly for more than a week without harming someone.'" Kaling, who calls her parents "confirmed conservative Republicans," has referred to her attempts to write a script for "Will & Grace" as "so over-the-top offensively gay that it actually reads like a propaganda sketch to incite antigay sentiment"; as collected here, Kaling has tweeted against "beach riff-raff" cluttering Malibu and called herself a "new-money Republican" and "a weirdly pro-gun Republican."

UPDATE: Mindy Kaling, past posts on Twitter and comments from others aside, says on Twitter she is not indeed a Republican!

But viewers may be surprised to see Kaling's willingness to call herself a Republican in real life sneaking into her series, as in last night's season premiere. When told that her fiancé wants to marry her in the week ahead, Kaling's character Mindy Lahiri asks, "Don't you think that's kind of rushed? It took me longer to get a permit for my handgun!"

Alleging that gun restrictions are too onerous is an unusual step for a comic, and perhaps out-of-sync with the public mood in the wake of several mass shootings, some of which, like the Sandy Hook shooting, took place months before this episode would have been shot. But Mindy Lahiri is one of the good gun owners, and restrictions are as annoying as a guy changing the date of your wedding. Her self-described conservative persona is something Kaling's been able to make hay over , and perhaps more and more such jokes will enter into the show.