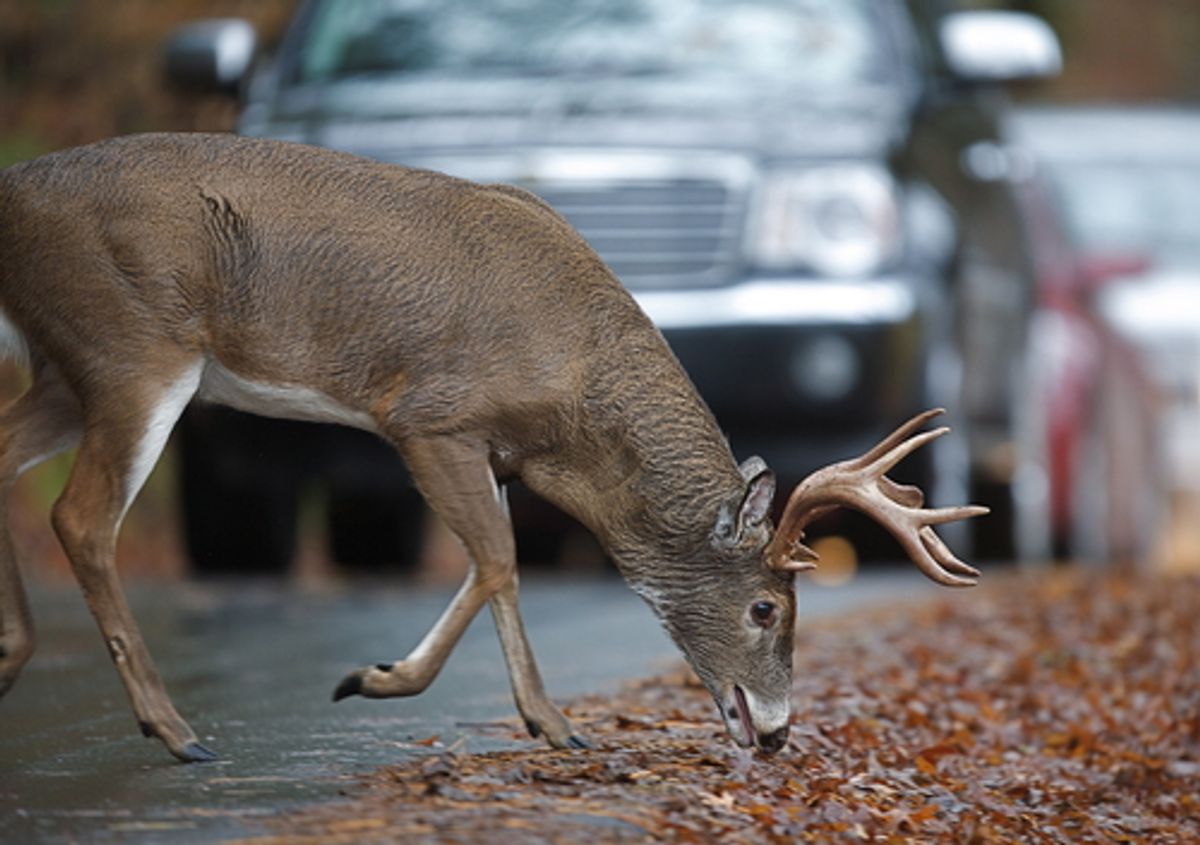 If you think about it, the truly unenthical thing is not eating roadkill -- you're letting a lot of fresh meat go to waste. And if you'd really rather not think about it, then you probably shouldn't read Brendan Buhler's highly entertaining feature in Modern Farmer on the ins and outs of U.S. roadkill law. Especially not the kicker, in which Buhler guarantees that you'll never be able to eat marshmallows or ice cream again without, well, thinking about it:

Some cities either have their own animal control agencies or hire animal shelters to collect carcasses. The carcasses are then either fed to rescued carnivores or taken to a rendering plant, from which they eventually exit as ingredients for pet food, glue, soap, pharmaceuticals and gelatin.

So for those on the fence (or outright repelled) but [sic] the concept, consider this: because gelatin ends up in everything from marshmallows to gummy bears to ice cream, there’s a good chance that you’ve already consumed, legally, some accidental meat.

Theoretically, Buhler makes a good case for eating dead animals off the side of the road: "The animal was not raised for meat, it was not killed for meat; it is just simply and accidentally meat — manna from minivans." He calculates that if we salvaged just a third of the deer hit by U.S. cars, we'd  have 20 million pounds of venison for the taking. And according to the roadkill aficionados he spoke with, it's basically as safe as anything that was killed on purpose. Naturally, animals killed on cold days are the best choice, but "one can tell at glance" if the meat is spoiled.

Unless you live in California, Texas or Washington, where concerns over car poaching have led the practice to be outlawed, you're free to scavenge (so long as you follow state-specific regulations). The only thing neither legal nor ethical is to intentionally hit an animal with your car for the purposes of serving it for dinner. Not even if you have a hunting license.