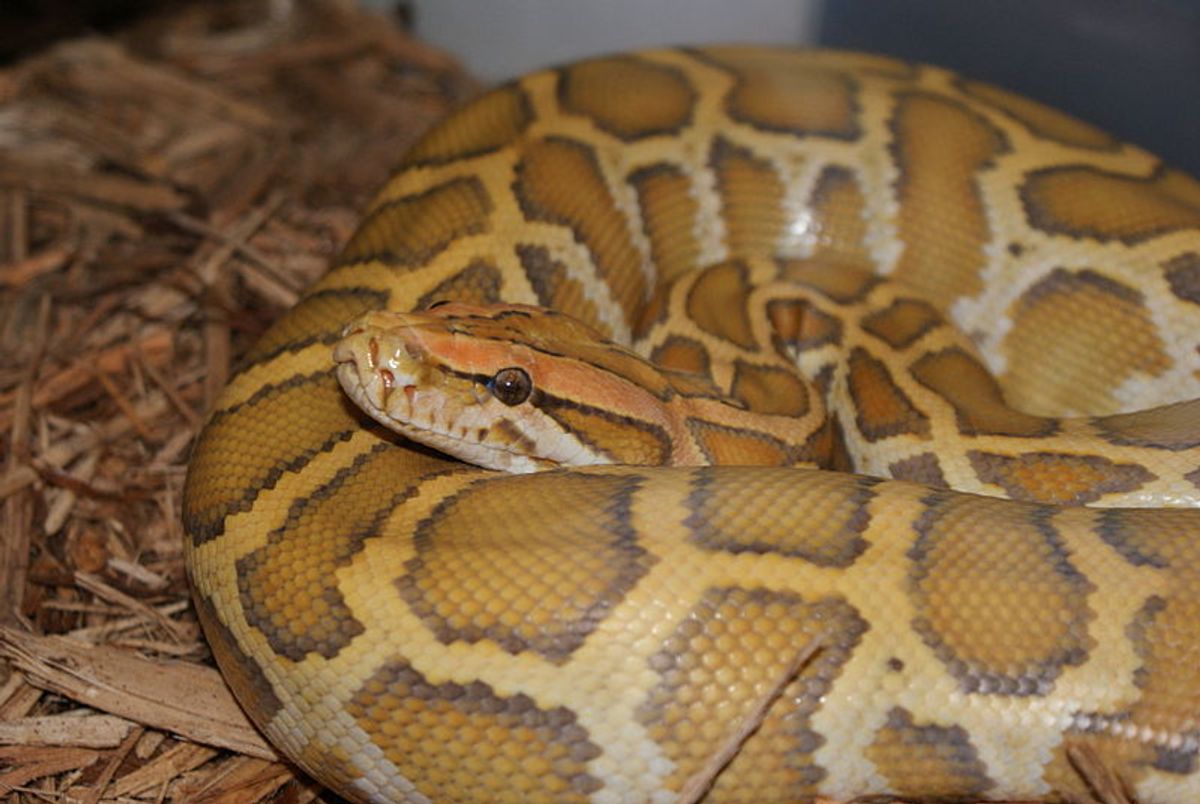 An animal control officer on disability decided to supplement his income by illegally selling snakes and reptiles out of his garage. When authorities raided Richard Parrinello's Long Island home today, according to Newsday, they found a total of 850 snakes inside the house and its detached two-car garage.

Imagine, for a moment, what it was like to be the person in charge of counting.

YIKES! Nearly 800 snakes were found inside the garage of a Shirley home on Long Island http://t.co/6stRoCrS4p pic.twitter.com/EmiQTYR1cQ

Authorities began investigating Parrinello for disability fraud when they happened upon the menagerie. He faces charges for owning the illegal pythons and "violating town codes by running a business at his home and without a permit." The pythons will be relocated to a Massachusetts sanctuary, but the rest will be allowed to stay for now.

Apparently, no one was tipped off by the two vans in his driveway (presumably, they couldn't fit in the garage on account of all the snakes in there) with license plates reading "SNAKEVAN" and "SSSSNAKE."