Aaron Paul can guess the gender of your dog 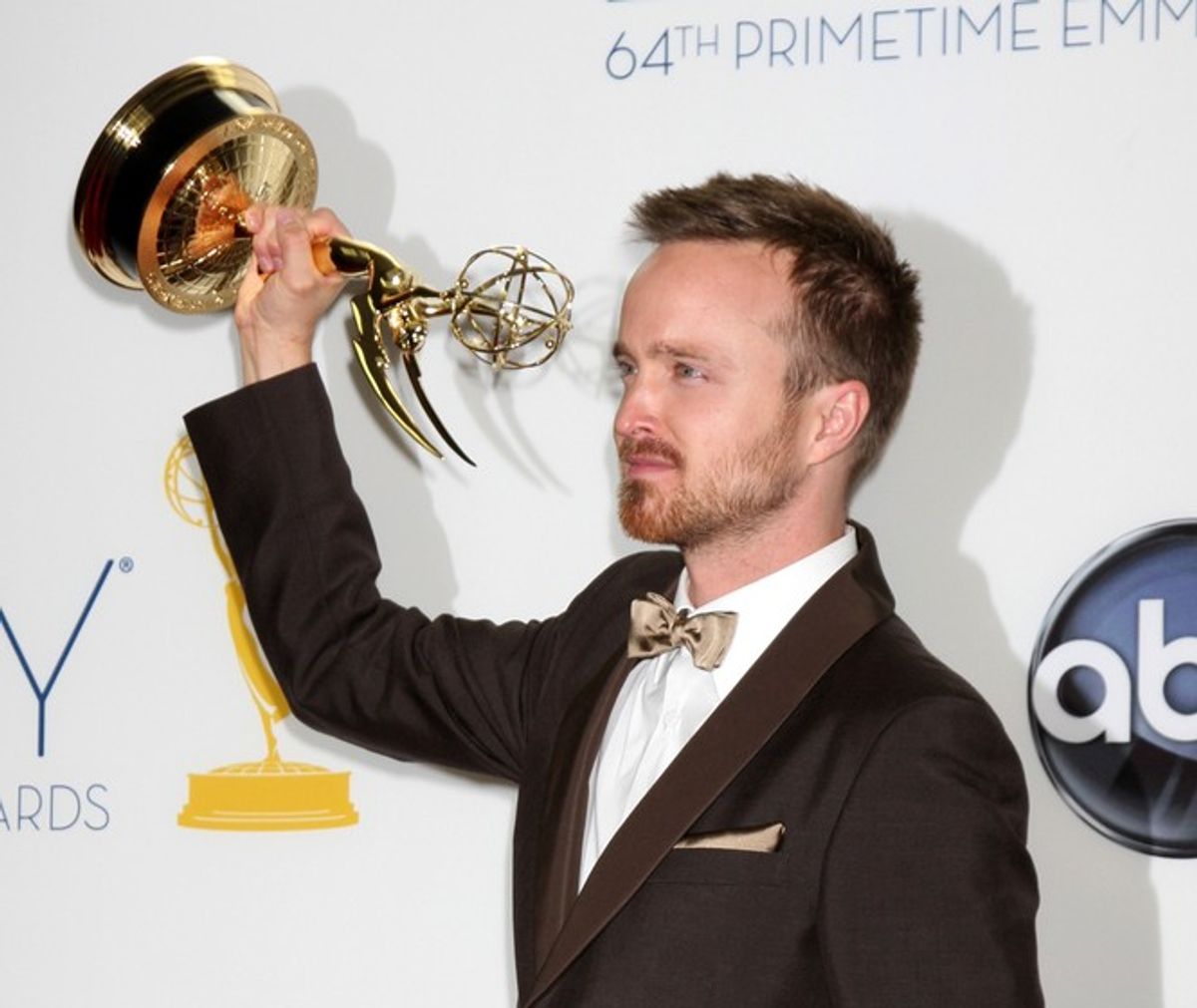 Aaron Paul is magical. He'll hang out with you in front of his house, he'll call you when you're watching "Breaking Bad," and he can make the word "bitch" sound like music. In what was probably just a setup to get "Breaking Bad's" Jesse Pinkman to yell his signature curse word on TV, actor Aaron Paul revealed a special hidden talent on "Jimmy Kimmel Live" last night -- the ability to guess the gender of a dog simply by petting it:

Joining Paul on the show was Jesse Pinkman's protector and Saul Goodman's right-hand man, Huell, played by comedian Lavell Crawford. He was pretty excited to be there:

"Breaking Bad" is down to its two final episodes, which will air for 75-minutes on Sunday Sept. 22 and Sept. 29, including commercial breaks. According to Paul, "the last episode was messy," but "the final two episodes are so much more messier."

"It gets so crazy," said Paul.