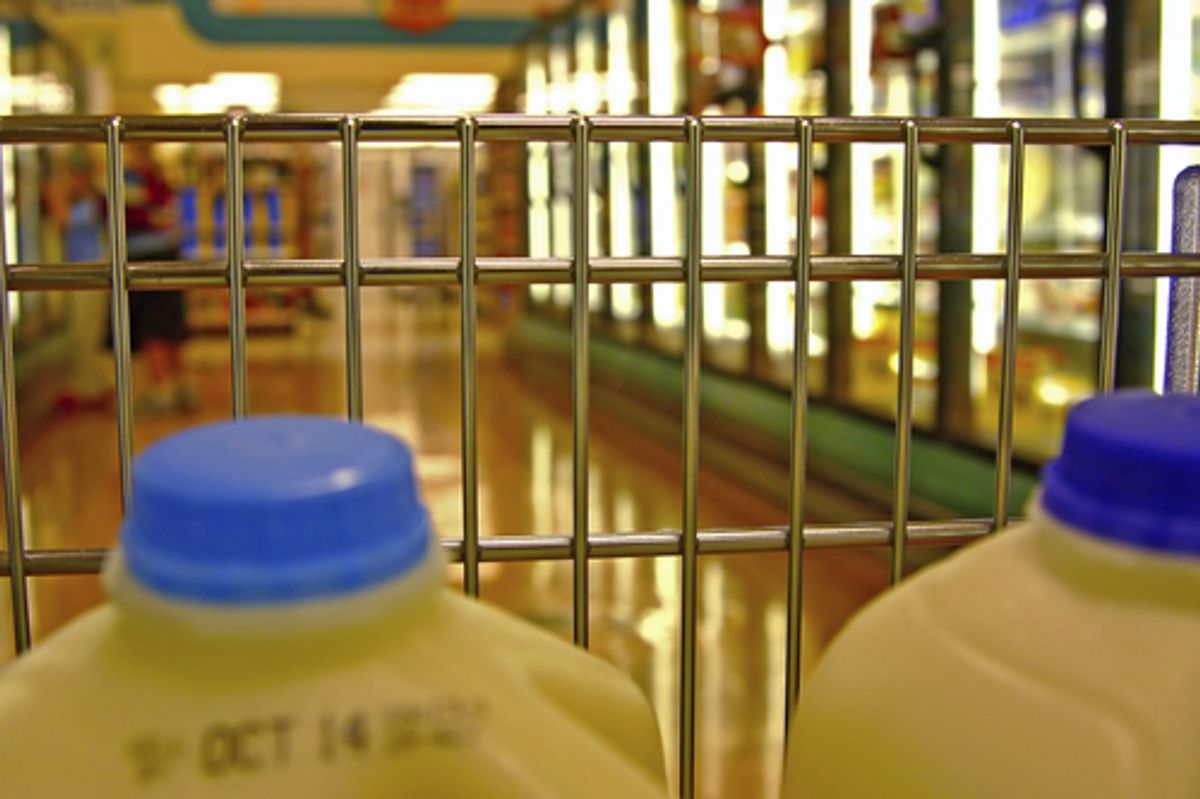 What does that printed number on your milk carton tell you? Not that it's spoiled or in any way unsafe. Yet 90 percent of Americans take the dates as law, a report from the Natural Resources Defense Council and Harvard Law School found -- helping to explain how it's possible that the U.S. throws out $165 billion worth of food each year.

While the FDA and the USDA technically have authority over expiration date labeling, neither exercise it except in the case of infant formula. And the terms you see on your perishables, like "sell by" and "use before," have never been formally defined. So far as food safety goes, they're meaningless. Instances where states have attempted to impose regulations, meanwhile, are remarkably inconsistent, and usually left up to the producer's discretion.

"Sell by" labels aren't even intended for consumers, the report explains, but instead are the manufacturer's suggestion for when employees might want to rotate stocks. A "casual survey" of grocery workers revealed that they're not entirely sure what it means, either.

"Best by" or "use by" dates, on the other hand, typically indicate the date by which the food's producer decides it will be at peak quality. This doesn't necessarily have anything to do with whether or not it's likely to have spoiled by then. If food's spoiled, you'll know it, according to one study quoted in the report: most perishables will "deteriorate in quality to the point that it would not be palatable to eat before there [is] an increase in the level of food safety risk."

On the flip side of this, people led astray by dates might assume that they're eating something safe despite evidence to the contrary. Much more important than how long something's been stored, the report says, is the amount of time it spends unrefrigerated. So don't drink milk that's starting to curdle, even if the date says it's "safe."

“We need a standardized, commonsense date labeling system that actually provides useful information to consumers, rather than the unreliable, inconsistent and piecemeal system we have today,” Emily Broad Leib, lead author of the report and director of Harvard Law School’s Food Law and Policy Clinic, said in a statement.

Until that happens, consumers are best off relying on their good sense. Does it reek? Is there mold growing? Have you left it out in a hot car for hours on end? "When in doubt, throw it out," is still a good rule-of-thumb -- it just shouldn't depend on what you think the label's telling you.