The discovery “revolutionizes our understanding of the canon of black women’s literature," says one scholar 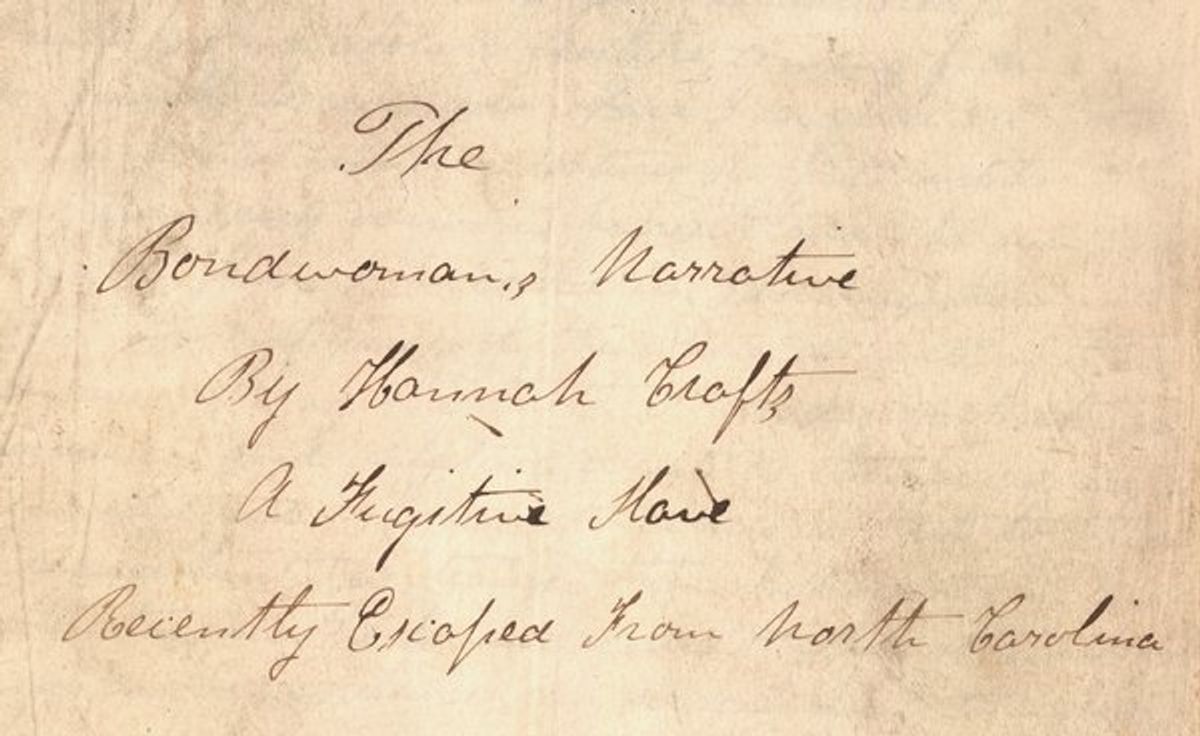 After years of research, a South Carolina college professor may have discovered the true identity of the author of “The Bondwoman’s Narrative,” a 2002 bestseller written by a female house servant, reports the New York Times.

The book, thought to be semi-autobiographical, puzzled experts for a long time as it chronicled the improbable story of a slave who was influenced by Charles Dickens and Charlotte Brontë; the protagonist later escaped to the North by disguising herself as a man. Historians believed that Hannah Crafts, the book's author, was a pseudonym, but could not trace her identity.

According to the chairman of the English department at Winthrop University Gregg Hecimovich, the author of the book is Hannah Bond, a slave on a North Carolina plantation owned by John Hill Wheeler. The discovery solves many of the book's unsolved mysteries.

The heavy influences of Dickens, for instance, particularly from “Bleak House,” can be explained by Bond’s onetime servitude on a plantation that routinely kept boarders from a nearby girls’ school; the curriculum there required the girls to recite passages of “Bleak House” from memory. Bond, secretly forming her own novel, could have listened while they studied, or spirited away a copy to read.

The research also shows that Bond may have been given a man’s suit by a member of the Wheeler family who was sympathetic to her desire to flee.

Professor Hecimovich, 44, said that he has verified the writer’s identity through wills, diaries, handwritten almanacs and public records. He intends to publish his full findings in a book, tentatively titled “The Life and Times of Hannah Crafts.”

Hollis Robbins, the chairwoman of the department of humanities at Johns Hopkins University, was "totally convinced,” by Hecimovich's research, saying that she believes its veracity “to the extent that anything historical can be documented without an iPhone picture of her writing the novel.”

“Words cannot express how meaningful this is to African-American literary studies,” he said.