The racism in our brains 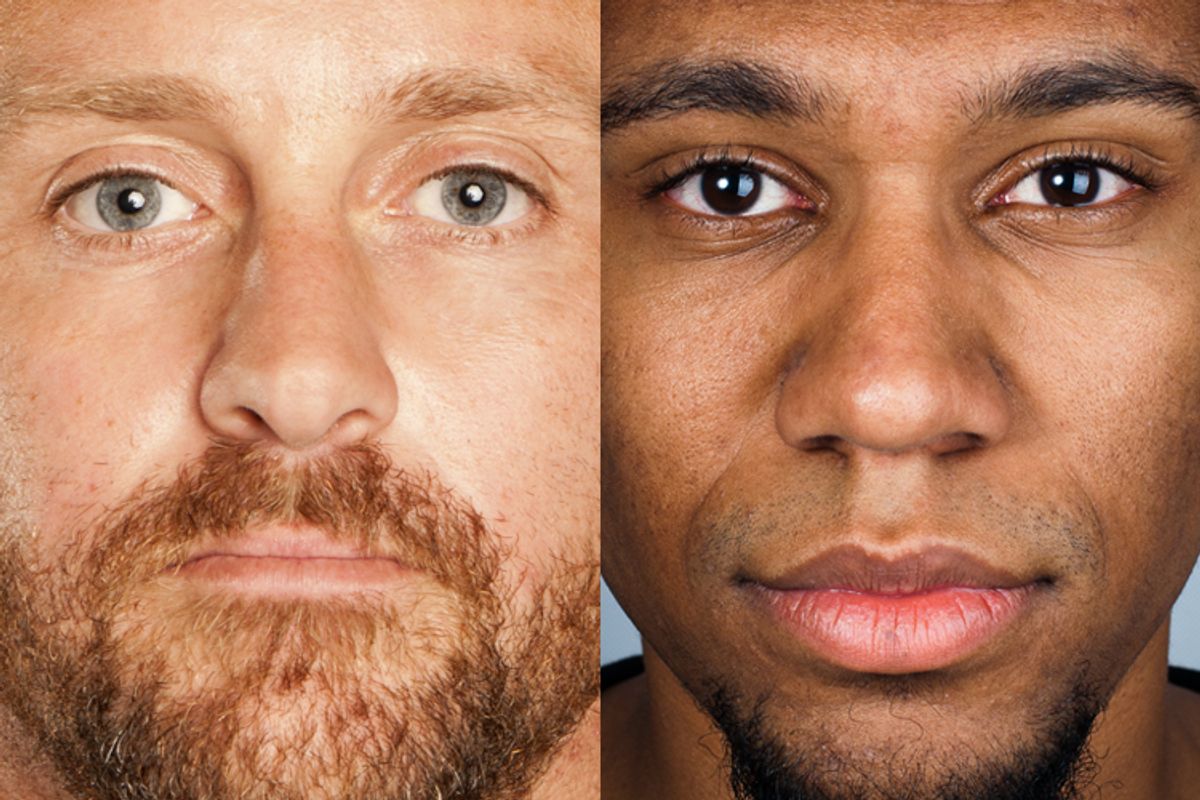 Early Saturday morning a white woman in North Carolina opened her front door to find a black man standing before her. Fearing a robbery, Sarah McCartney immediately shut the door and called 911. The man was 24-year-old Jonathan Ferrell, a football player for Florida A&M University. Shortly before arriving on McCartney's doorstep, Ferrell had accidentally crashed his car nearby, pulled himself from the wreckage and was seeking assistance. When the police arrived, Ferrell ran toward them and was shot 10 times by 27-year-old officer Randall Kerrick.

When I first heard this story, my bullshit detector went off immediately. In this day and age, how could this white woman be so terrified by the mere sight of a black man -- an injured one at that -- that she couldn't contain her fright long enough to even hear out his plea for help? Come on. This sounded like one of those clear-cut, unambiguous examples of racism, the kind that ignites only the purest and most righteous indignation. Then I heard the recording of the 911 call.

Sarah McCartney sounds genuinely afraid. From the quaver in her voice, you can tell that she believed her safety and that of her family were being threatened. She was wrong, but she believed it with the utmost certainty. The question is why? What about the appearance of this hurt young man caused her rational mind to succumb to such panic? For the the Daily Beast, Jamelle Bouie writes:

For Americans, race has a strong pull on our sense of fear and our perceptions of aggression, a fact that has more to do with the legacy of slavery and our long history of racial demonization than it does any particular set of crime statistics. And in particular, according to a range of surveys and implicit association tests—which measure unconscious bias by flashing faces and soliciting responses—white Americans are more afraid of black men than any other group in the country.

It has yet to be established what, if any, experience, learning or conditioning led to Sarah McCartney's reaction to Jonathan Ferrell. But based on the immediacy of her response, it would appear that her bias was, as Bouie writes, unconscious.

In case you can't imagine what that physically looks like, on Wednesday, PBS concluded a two-part special called "Brains on Trial" that focuses on the potential applications of neuroscience in the criminal justice system. During the first episode, a volunteer is subjected to just the sort of experiment to which Bouie is alluding. Electrodes are attached around the subject's eyes in order to measure his "eye-blink startle response." Images of individual faces are shown to the subject and computers are used to measure the subtlest of eye twitches.

Elizabeth Phelps, a researcher at New York University, tells "Brains on Trial" host Alan Alda, "What we've found is that for Caucasian Americans, they will startle more when they're viewing an African-American versus another white American. And this just is indicative of a slight emotional response that is not related to what you tell me your race attitudes are." In other words, people who claim not to be racist may -- unbeknownst to their conscious selves -- still harbor racial prejudice. Accepting these results as fact would definitely help alleviate the sting of the occasional perceived affront -- a suddenly clutched purse here, a discreetly locked door there.

Before your own bullshit detector sounds, none of this is meant to excuse Sarah McCartney for her utter lack of empathy. And, certainly, Officer Kerrick, who fired a total of 12 rounds at an injured, unarmed man, should be better trained than to react based on the illusory notions of his unconscious mind. But the idea that bias and racist attitudes once learned or otherwise acquired can become written into a person's brain chemistry, thereby becoming involuntary, is an intriguing one in that it suggests alternate, more scientific ways of dealing with one of society's most pervasive and stubborn problems.

We're not talking about targeted, partial lobotomies or zapping bigots' brains with lasers. As Alda says in "Brains on Trial," "Likely interventions could be as simple as a video of a judge urging jury members to be aware that they may be biased, or a video of a positive role model." Unfortunately, these are solutions posited for use in courts to influence people who presumably, actively want to be unbiased. For someone like Sarah McCartney, who was primarily concerned with her own safety and not her objectivity, it is unlikely that any such preconditioning would have overridden her unconscious bias at that very moment.

And, as for Officer Kerrick, it is possible that driving around with a mandatory glossy of President Obama taped to the dashboard of his cruiser might have prevented him from shooting an unarmed man. But I doubt it.

"Brains on Trial" is available for streaming here as well as on DVD via Shop PBS.