Pope Francis may be the best of the bunch, but that really isn't saying much 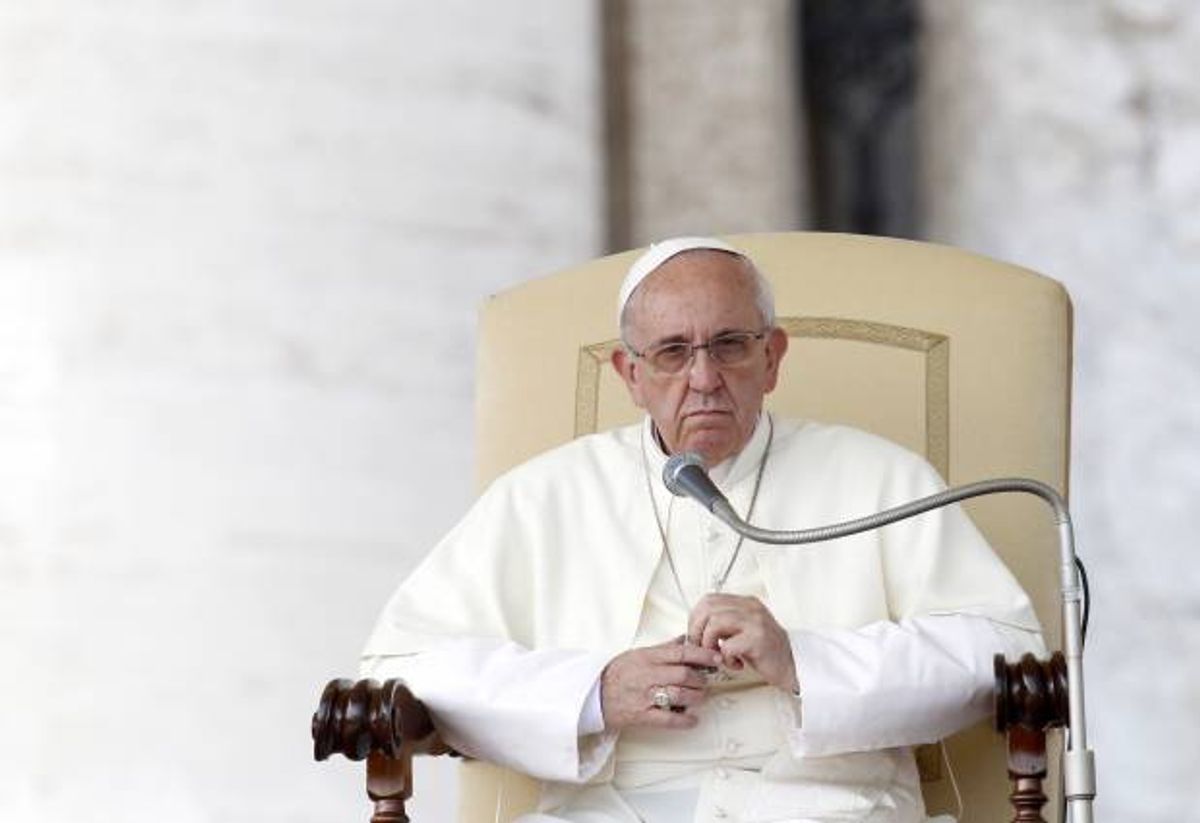 Pope Francis on Thursday said some good things about how the Catholic Church has become "obsessed" with the issues of abortion, contraception and gay marriage, and that it has done so at the expense of other Catholic doctrine, like loving your neighbor and being generous to those in need.

In an lengthy interview with La Civiltà Cattolica, the pope admonished some in the church for their near-singular focus on these issues, saying, "We cannot insist only on issues related to abortion, gay marriage and the use of contraceptive methods. This is not possible. I have not spoken much about these things, and I was reprimanded for that.

"A person once asked me, in a provocative manner, if I approved of homosexuality," he continued. "I replied with another question: 'Tell me: When God looks at a gay person, does he endorse the existence of this person with love, or reject and condemn this person?’ We must always consider the person.” He is also showing some movement on celibacy in the priesthood, has discussed poverty as a central issue of his papacy and elected to live in a modest Vatican apartment over the papal palace.

These are fine things for the spiritual head of the world's 1 billion Catholics to say and do.

But here's the thing: Even the "best pope ever," as some progressives have taken to calling him, is still a theological conservative who doesn't support reproductive rights, laws that extend equal benefits and rights to gays and lesbians, or women's equal standing in church leadership. (There's more, but you get the point.)

In April, Francis reaffirmed his predecessor's censure of the Leadership Conference of Women Religious, an umbrella organization that represents 80 percent of Catholic nuns in the United States. These nuns were penalized by the Vatican, and continue to be penalized, for focusing on poverty instead of stoking moral panic about the existence of gay people or sexually active teenagers -- exactly the kind of community-centered work that Francis just declared sorely missing from the church.

In the report admonishing the sisters, and stripping them of the independent authority to develop their own charter and conduct their own business, the Vatican said they were undermining “issues of crucial importance to the life of Church and society, such as the Church’s Biblical view of family life and human sexuality” and promoting “radical feminist themes incompatible with the Catholic faith.”

Francis' censure places these women under the full authority of the Vatican and its "program of reform," which includes the appointment of three male bishops to manage the rewriting of the nuns’ conference statutes, review its community-based programs and otherwise ensure the group “properly” follows Catholic teaching.

In the same interview in which the pope urged Catholics to move away from the "obsession" with reproductive healthcare and gay rights to create a more inclusive, welcoming church, he also said, "The teaching of the church, for that matter [of abortion, contraception and gay marriage], is clear and I am a son of the church, but it is not necessary to talk about these issues all the time."

But to "not talk about these issues all the time," for the pope, means silence from the single most powerful Catholic voice in the face of American lawmakers who, in their thirst to criminalize abortion and deny women access to birth control, shutter clinics that provide cancer screenings, pap smears and other basic healthcare for low-income women. It means saying nothing while Timothy Dolan, the top church official in the United States, calls for mass action from American Catholics to oppose basic legal equality for gays and lesbians.

There is also the matter of Francis' deeply conservative record during his time as a cardinal in Argentina, a period during which he called gay marriage a threat to the "survival of the family" and called gay parenting "discrimination against children."

But despite all this, the pope's recent remarks have garnered him a lot of progressive cheering; earlier this week, MSNBC's Chris Hayes dubbed him the "best pope ever." Jon Stewart thinks the pope is "totes chill," and he has even gotten the Sarah Silverman stamp of approval.

But the praise feels undeserved. Francis may be better than the old popes, but what does that actually make him? A religious leader who has said some great things about equality and acceptance -- but who appears quite content to leave the actual, structural barriers to achieving those goals firmly in place.