The one-time smartphone king announces huge losses and layoffs. Read about it while you wait in line for an iPhone 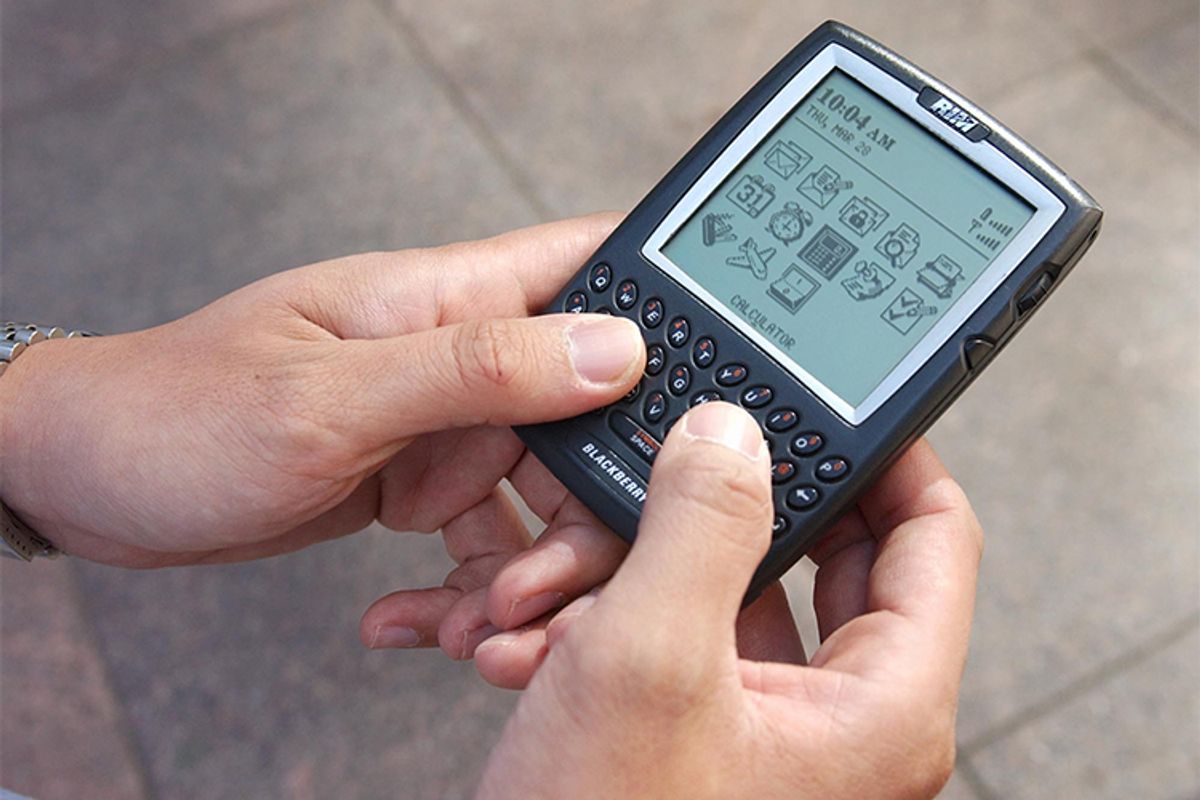 The BlackBerry death spiral went into extreme-plummet mode on Friday. Trading on the Toronto and New York stock markets was halted moments before the company announced that it expected to register an operating loss of almost $1 billion in the second quarter of 2012, and planned to lay off 4,500 employees, or about 36 percent of its total staff.

For case studies in how the mighty have fallen, BlackBerry is exhibit A. In 2009, just four years ago, it accounted for 50 percent of the market share in smartphones. By August of 2013, that number had dropped to 3 percent.

The timing couldn't have been any more symbolic. As eager purchasers of Apple's newest iPhone models lined up at stores around the world, BlackBerry all but crawled into an open coffin and started nailing itself shut from the inside.

A press release announced that the company will "refocus on enterprise and prosumer market, offering end-to-end solutions, including hardware, software and services." But don't be fooled by the bogus prosumer language. BlackBerry is abandoning the field. No one wants to buy the company, or its phones.