Valentin Narcisse and Chalky White aren't forced to the margins. They're in the thick of the action -- and the evil 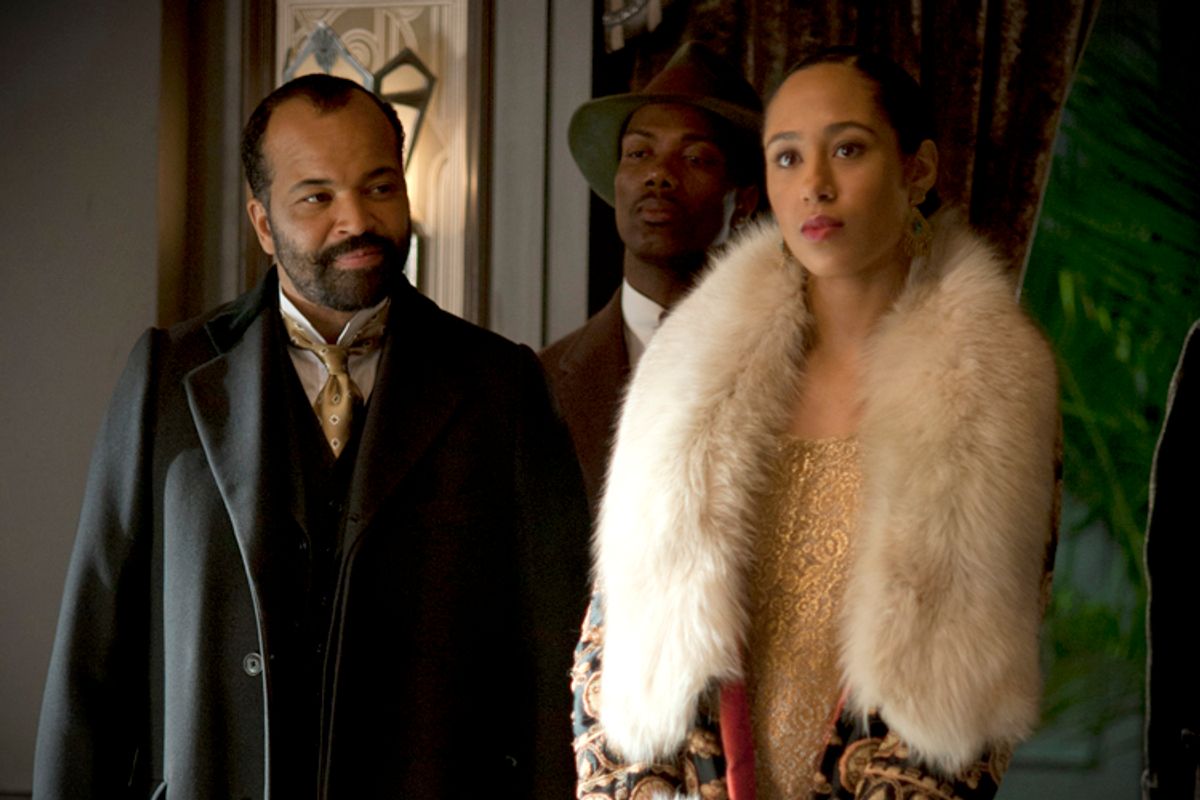 There's a pretty well-known episode of "Mad Men" from several years back wherein tenacious advertising executive Pete Campbell essentially discovers black people by reading an issue of Ebony magazine. His eureka was the moment when many a loyal viewer thought that show would begin integrating more developed black characters. Up until around that time, most of "Mad Men's" African-Americans were maids, housekeepers, elevator operators -- subservient wraiths, sliding quickly out of frame whenever cornered in the foreground. It was a sly and appropriate choice given the milieu in which the drama was initially set. It's unlikely that there were many black captains of industry sipping whiskey and smoking cigars with Don Draper types in the early 60s. But as the Civil Rights era encroached and it felt like the right time to open up the spectrum, the showrunners still seemed a tad too timid about fleshing out those Ebony men and women. Sure, "Mad Men" gave us Dawn, Don's doe-eyed secretary, but her goals and drive remain fuzzy and uncertain.

"Mad Men" is great television. But it's not on TV at the moment. "Boardwalk Empire" is. And, this season, its creators have been pretty fearless in building out its Prohibition Era black folk. In the opening scene of this week's episode, Atlantic City impresario Nucky Thompson arrives at a swank but sweltering Tampa hotel. Silhouetted in the doorway of his plush digs is a black woman, a maid, in profile. Presumably there to help our white hero settle in, she says nothing. The camera lingers on her just long enough to hint at something. Like similar shots from "Mad Men," this could be a nod to the station many blacks in the South and in general occupied at that time.

Mere moments later, however, the scene shifts to Harlem, and the only silent blacks are the eight young, well-dressed brothers, students, Libyans sitting rapt in a cramped but well-appointed office as Dr. Valentin Narcisse (Jeffery Wright) elaborates upon the teachings of the Universal Negro Improvement Association:

Like all races, the Libyan race will be saved by its exceptional men. Education and work are the levers to uplift our people. But work must be guided by intelligence. And education much teach life. The New Negro must be tutored in thought and culture.

The articulate doctor then dismisses his pupils with a final, encouraging word about the value of contributing to the "material, intellectual and moral well-being" of their community only to immediately sit down with icy Manhattan gangster Arnold Rothstein and discuss the procurement of several thousand dollars worth of uncut heroin. The brief meeting that follows -- a tete-a-tete of prickly, narcissistic dirtbag kings -- is as enjoyable as any face-off against Ford to take place in the conference room of Sterling Cooper Draper Pryce.

As I wrote about last week, Narcisse's involvement in the dope game will inevitably lead him into a nasty confrontation with Chalky White, "Boardwalk Empire's" other, far more provincial black gangster. Fortunately, "Boardwalk Empire" doesn't just give these characters their own private corner of the world. The show endeavors, especially in this coming episode, to establish their relationship to the greater narrative. Shortly after we've seen Narcisse holding such civil court, we're taken to a large hall at Temple University where a gathering of fidgety, white undergrads are being subjected to an eery speech emanating from a phonograph:

The Temple students show absolutely no interest in this malarky and skitter off to steal banned booze, dance to frowned-upon records, and make out in the University's basement after hours.

Like "Mad Men," "Boardwalk Empire" is -- at least partially -- a show about the building of America, about why the place we now live in looks the way it does. Through "Boardwalk's" particular, fictional lens, that America is one in which no one gets rich by being honest, learned men make the best criminals, and you can feed the kids a bunch of crap about giving back to their community only until they're old enough to figure out how to rob, steal, and bleed their communities dry. There are plenty of people who may not watch this show because they don't enjoy looking through that lens. That, I certainly respect. I also respect that the creators of "Boardwalk Empire" love their black characters enough to mire them in the same filth and lack of virtue as Nucky Thompson, Lucky Luciano, young Al Capone and the rest -- all equally tied together by values that undeniably helped build this country: hypocrisy, treachery and greed.