Factory farms may be killing us

A report CDC reveals the grave dangers of antibiotic resistance 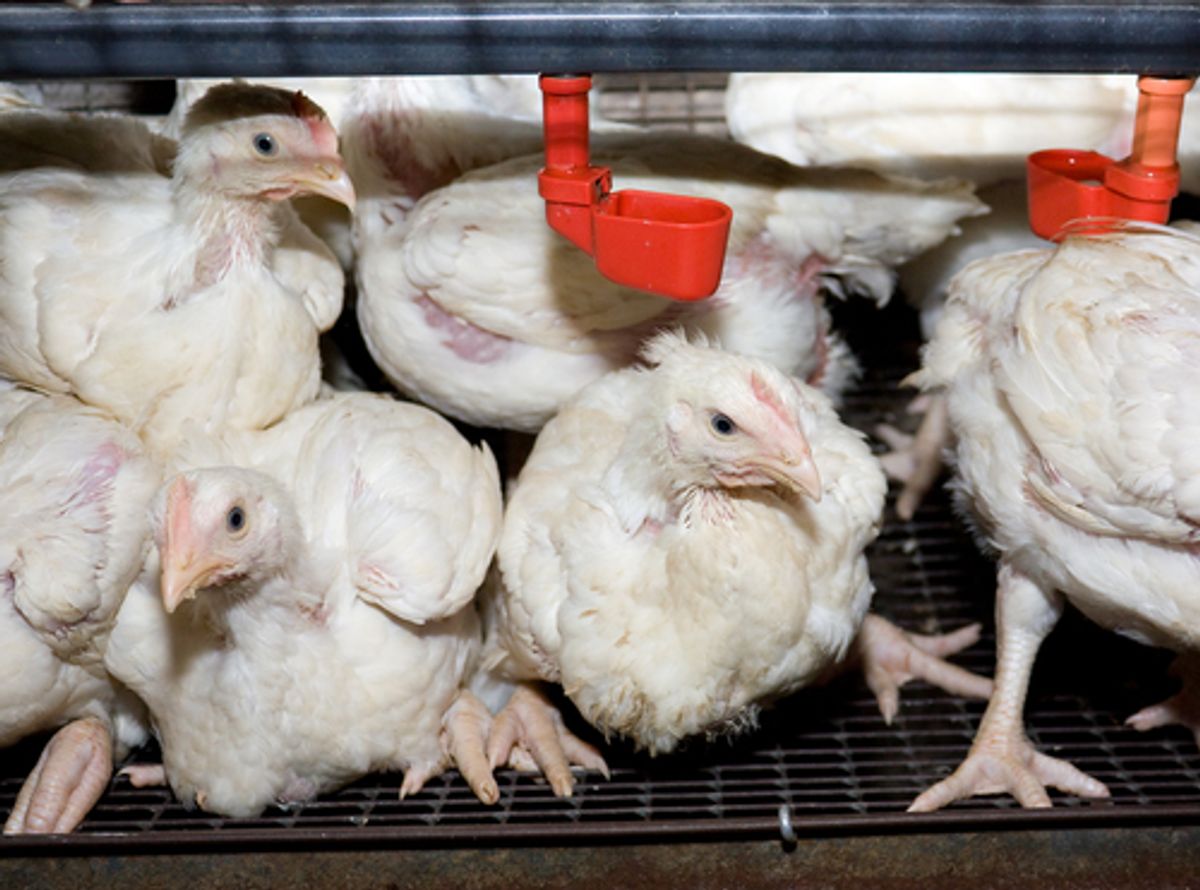 What would our healthcare system look like if we couldn’t perform surgeries, administer chemotherapy, replace joints, treat diabetes? It would be the end of modern medicine as we know it. A new report from the Centers for Disease Control warns we could be headed toward that very future.

Antibiotics revolutionized medicine in the 1940s, saving millions of lives over the last 70 years. But during that time bacteria have evolved to become resistant to certain antibiotics. The more antibiotics we use, the quicker resistance builds up. This has deadly repercussions.

In the report “Antibiotic Resistance Threats in the United States, 2013,” the CDC estimates (conservatively) that 2 million people in the U.S. get antibiotic-resistant infections, and 23,000 die from them every year.

In addition to the loss of life, it’s also costly.

“In most cases, antibiotic-resistant infections require prolonged and/or costlier treatments, extend hospital stays, necessitate additional doctor visits and healthcare use, and result in greater disability and death compared with infections that are easily treatable with antibiotics,” the report states. “Estimates vary but have ranged as high as $20 billion in excess direct healthcare costs, with additional costs to society for lost productivity as high as $35 billion a year (2008 dollars).”

One of the biggest culprits is our overuse and misuse of antibiotics in medicine. “Research has shown that as much as 50% of the time, antibiotics are prescribed when they are not needed or they are misused (for example, a patient is given the wrong dose),” the report says. “This not only fails to help patients; it might cause harm. This inappropriate use of antibiotics unnecessarily promotes antibiotic resistance. Antibiotics are a limited resource. The more that antibiotics are used today, the less likely they will still be effective in the future.”

But there’s another culprit—our feedlot system of raising animals for meat and dairy in "concentrated animal feeding operations" (CAFOs).

“Antibiotics are also commonly used in food animals to prevent, control, and treat disease, and to promote the growth of food-producing animals,” says the report.

The report states unequivocally: “The use of antibiotics for promoting growth is not necessary, and the practice should be phased out.”

This should be a death blow to feedlot operations...if we’re smart. As the report explains:

Our industrial agriculture system produces a whole lot of corn, which we feed to cows and other livestock, and which does not make for a healthy diet. Throw tens of thousands of those animals together in a filthy environment of high-stress conditions, poor diet, and growth hormones, and you have antibiotic use that has grown so much it’s now a threat to human health and modern medicine.

There's a lot at stake. As the report states:

Many of the advances in medical treatment—joint  replacements, organ transplants, cancer therapy, and treatment of chronic diseases such as diabetes, asthma, rheumatoid arthritis—are dependent on the ability to fight infections with antibiotics. If that ability is lost, the ability to safely offer people many life-saving and life-improving modern medical advantages will be lost with it.

So, what should we chose? More feedlot meat or more risks to public health and modern medicine?