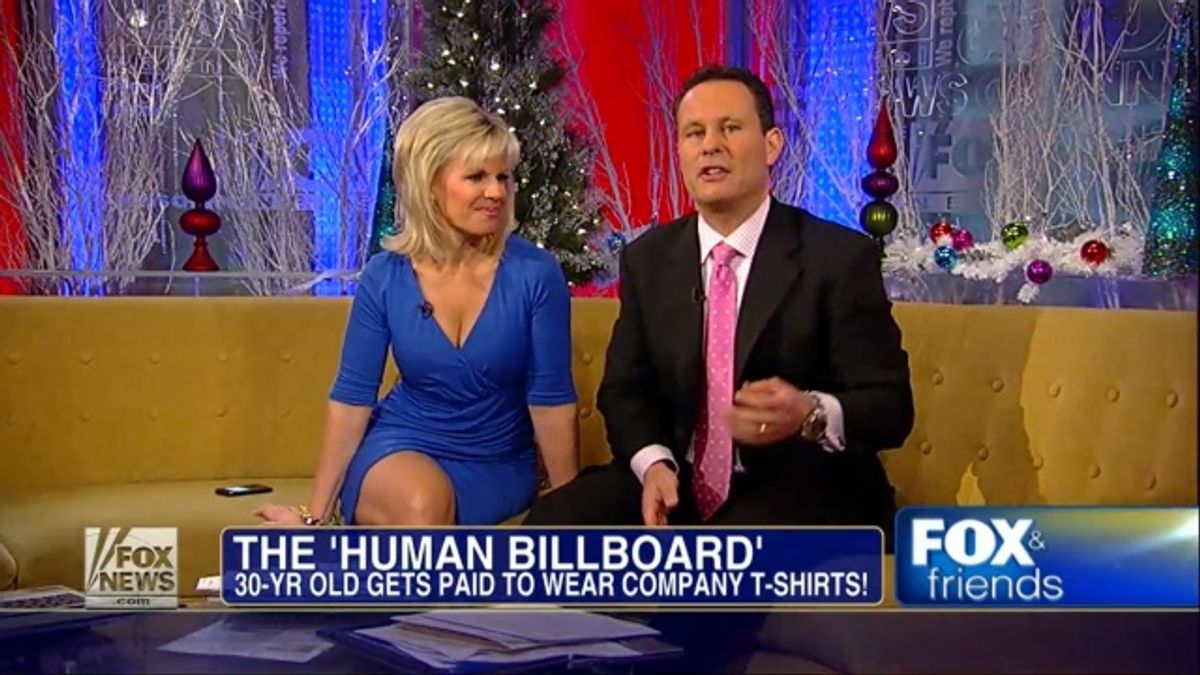 If you have never had the unpleasant task of searching for Gretchen Carlson clips on YouTube, I will save you the trouble: Before getting to her horrendous commentary, you will first have to sift through several depressing montages devoted to Carlson's "thick n'juicy thighs" and upskirt shots. It should come as no surprise, then, that the former "Fox & Friends" co-host revealed that the show (being the bastion of feminism that it is) had a "no pants" rule for women.

"Guess who just walked in? If you're watching -- if you have the podcast. Gretchen Carlson's in, dressed casual, kind of. Very nice," announced Kilmeade.

Carlson joked, "Nobody's going to recognize me because not only am I dressed casually, I have on pants."

"Now, pants were not allowed on 'Fox & Friends,' remember?" she said.

Kilmeade, who wears pants daily, asked, "Yeah, what happened with that?"

"Welcome to the new Gretchen," said the television anchor, hopefully foreshadowing an era of being-able-wear-pants on her upcoming daytime Fox News talk show.

The full clip, via MediaMatters: